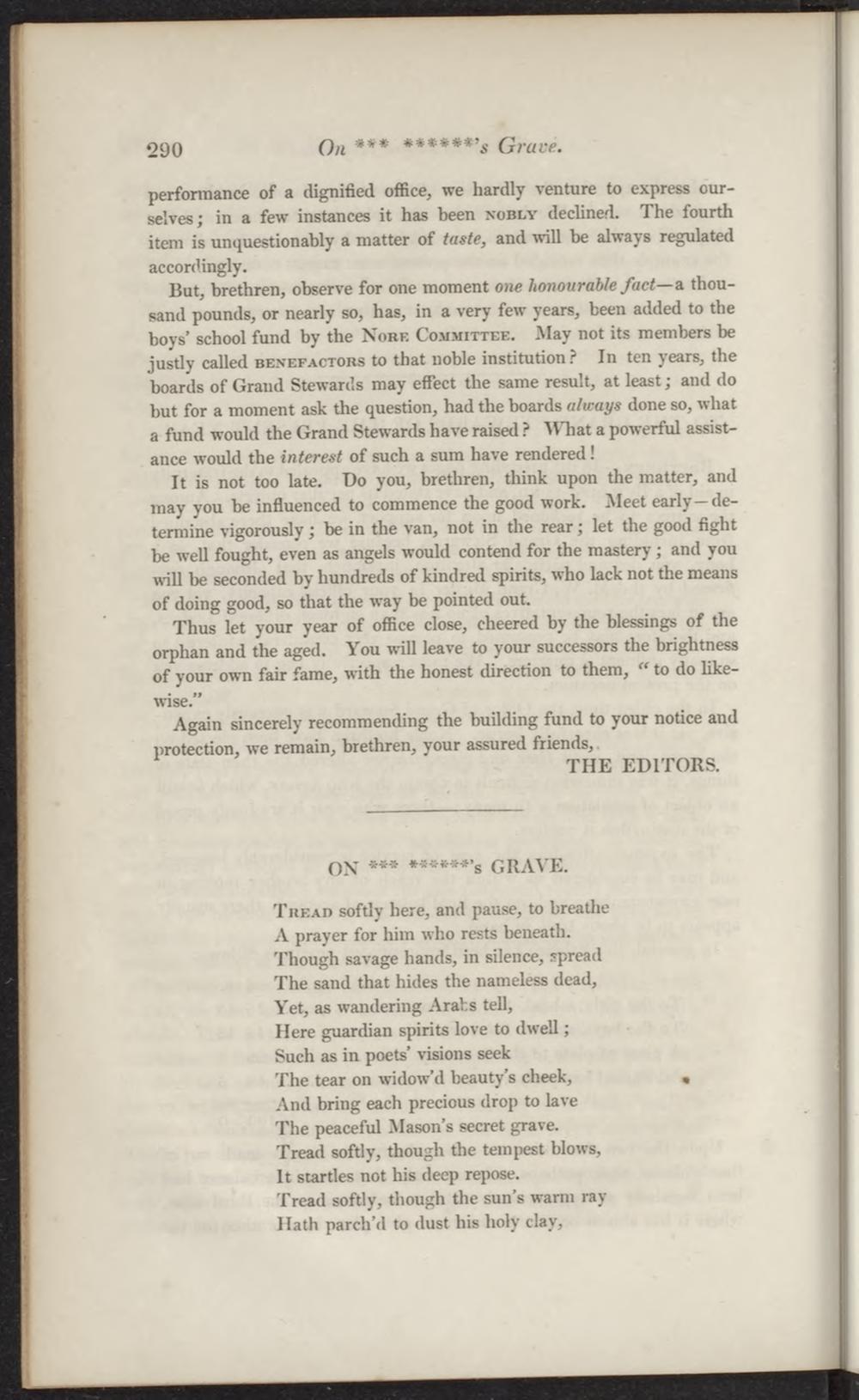 performance of a dignified office, we hardly venture to express ourselves; in a few instances it has been nobly declined. The fourth item is unquestionably a matter of taste, and will be always regulated accordingly.

But, brethren, observe for one moment one honourab/e fact—a thousand pounds, or nearly so, has, in a very few years, been added to the boys' school fund by the Norf, Committee. May not its members be justly called benefactors to that noble institution ? In ten years, the boards of Grand Stewards may effect the same result, at least; and do but for a moment ask the question, had the boards always done so, wliat a fund would the Grand Stewards have raised ? Wh at a powerful assistance would the interest of such a sum have rendered!

It is not too late. t>0 you, brethren, think upon the matter, and may you be influenced to commence the good work. Meet early—determine vigorously; be in the van, not in the rear; let the good fight be well fought, even as angels would contend for the mastery ; and you will be seconded by hundreds of kindred spirits, who lack not the means of doing good, so that the way be pointed out.

Thus let your year of office close, cheered by the blessings of the orphan and the aged. You will leave to your successors the brightness of your own fair fame, with the honest direction to them, to do likewise."

Again sincerely recommending the building fund to your notice and protection, we remain, brethren, your assured friends,

Tread softly here, and pause, to breathe A prayer for him who rests beneath. Though savage hands, in silence, spread The sand that hides the nameless dead, Yet, as wandering Arats teil,

Such as in poets' visions seek The tear on widow'd beauty's cheek, And bring each precious drop to lave The peaceful .Mason's secret grave.

Tread softly, though the tempest blows, It startles not his deep repose.