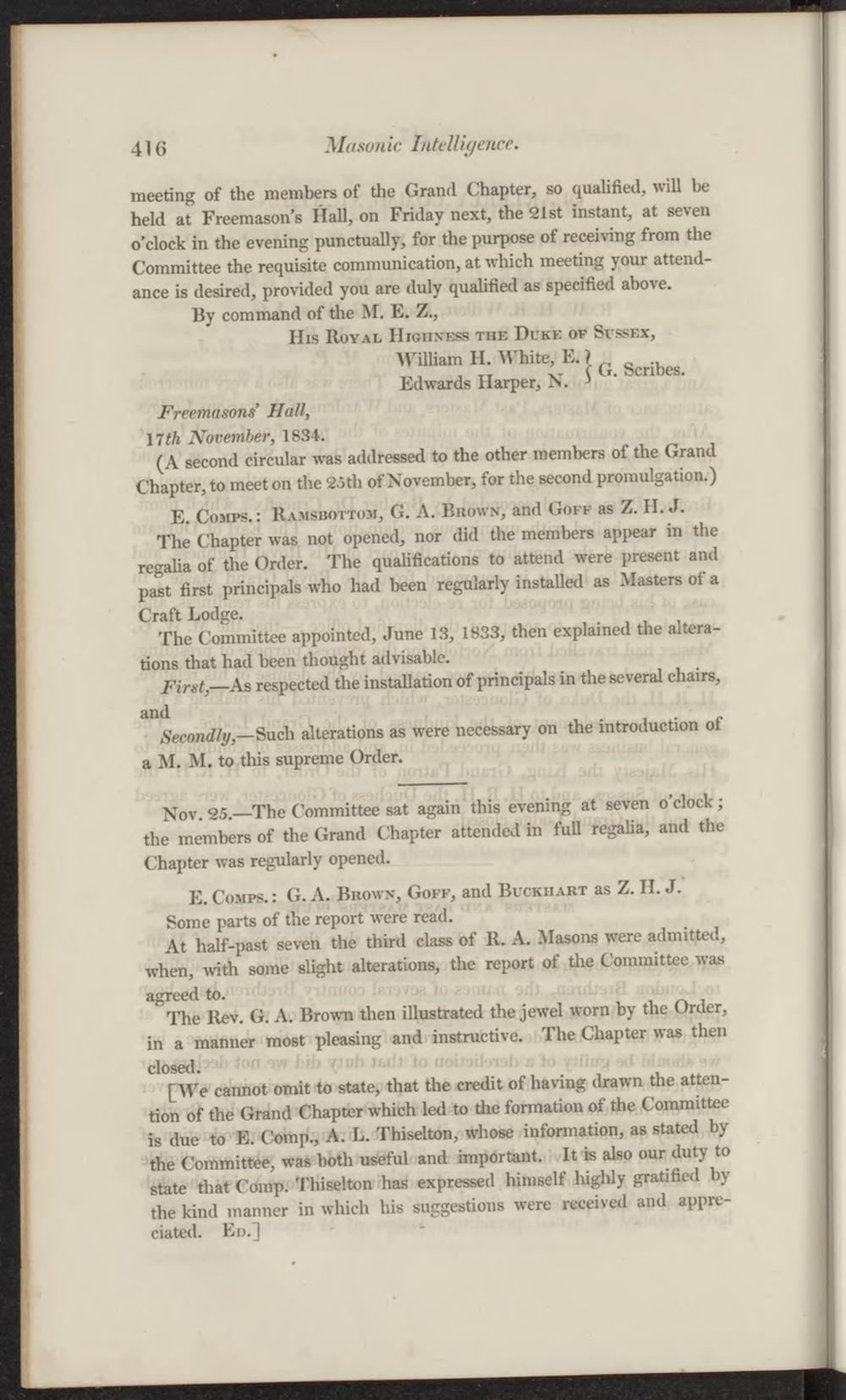 meeting of the members of the Grand Chapter, so qualified, will be

held at Freemason's Hall, on Friday next, the 21st instant, at seven

o'clock in the evening punctually, for the purpose of receiving from the

Committee the requisite communication, at which meeting your attend-

ance is desired, provided you are duly qualified as specified above.

His Royal Highness the Duke of Sussex,

(A second circular was addressed to the other members of the Grand Chapter, to meet on the 25th of November, for the second promulgation.)

E. Comps.: Ramsbottom, G. A. Brown, and Goff as Z. II. J. The Chapter was not opened, nor did the members appear in the regalia of the Order. The qualifications to attend were present and past first principals who had been regularly instaüed as Masters ot a Craft Lodge.

The Committee appointed, June 13, 1833, then explamed the altera

tions that had been thought advisable.

Pirst,—As respected the installation of principals in the several chairs,

Secondly,—Such alterations as were necessary on the introduction of a M. M. to this supreme Order.

Nov. 25.—The Committee sat again this evening at seven o'clock; the members of the Grand Chapter attended in full regalia, and the Chapter was regularly opened.

Some parts of the report were read.

At half-past seven the third class of R. A. Masons were admitted, when, with some slight alterations, the report of the Committee was agreed to.

The Rev. G. A. Brown then illustrated the jewel worn by the Uruer, in a manner most pleasing and instructive. The Chapter was then

[We cannot omit to state, that the credit of having drawn the atten-

is due to Ei Comp., A. L. Thiselton, whose information, as stated by

the Committee, was both useful and important. It is also our duty to

state that Comp. Thiselton has expressed himself highly gratified by

the kind manner in which his suggestions were received and appre-