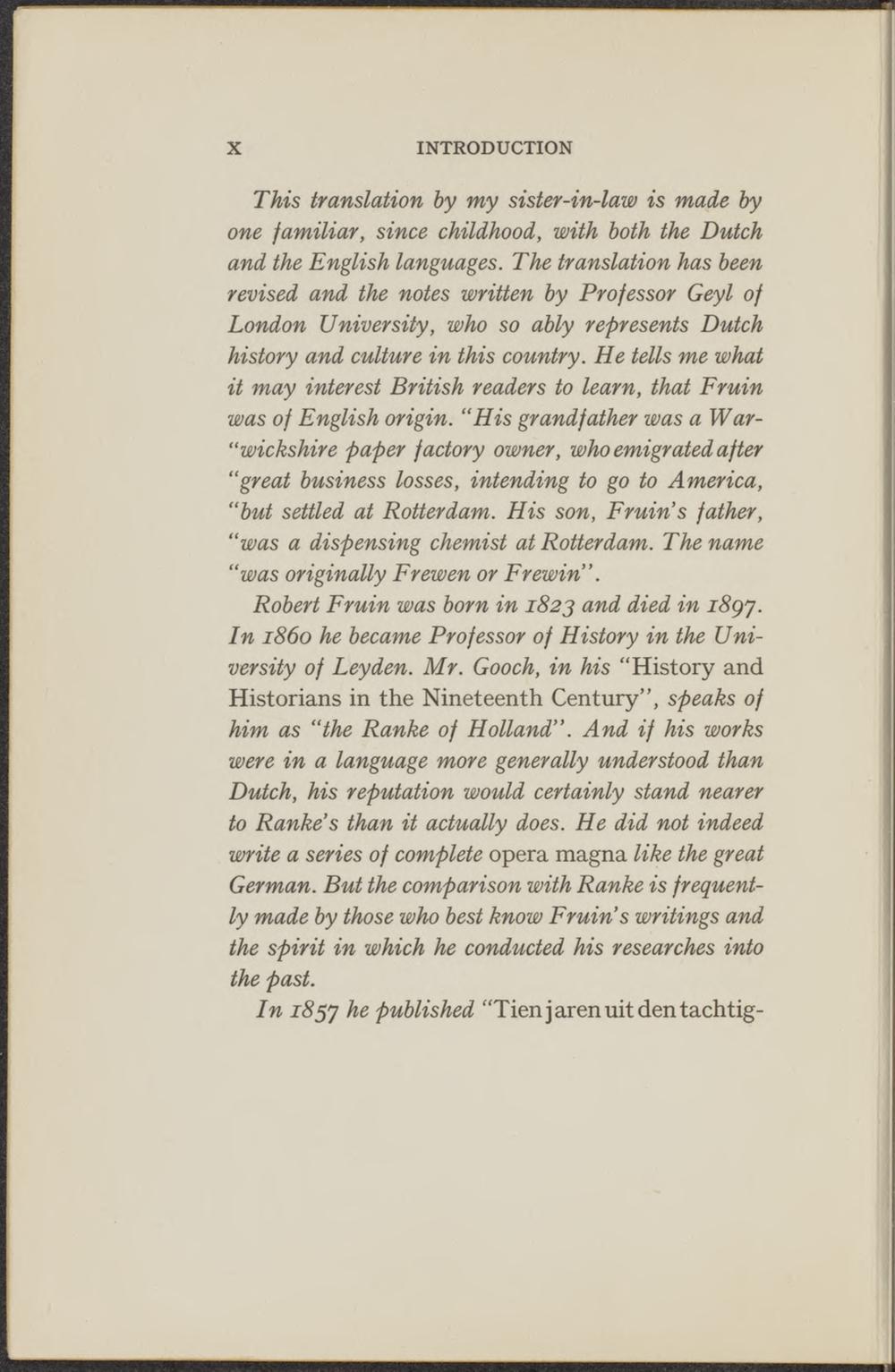 This translation by my sister-in-law is made by one familiar, since childhood, with both the Dutch and the English languages. The translation has been revised and the notes written by Professor Geyl of London University, who so ably represents Dutch history and culture in this country. He tells me what it may interest British readers to learn, that Fruin was of English origin. "His grandfather was a War"wickshire paper factory owner, whoemigratedafter "great business losses, intending to go to America, "but settled at Rotterdam. His son, Fruin's father, "was a dispensing chemist at Rotterdam. The name "was originatty Frewen or Frewin".

Robert Fruin was bom in 1823 and died in i8gy. In 1860 he became Professor of History in the University of Leyden. Mr. Gooch, in his "History and Historians in the Nineteenth Century", speaks of him as "the Ranke of Holland". And if his works were in a language more generaüy understood than Dutch, his reputation would certainly stand nearer to Ranke's than it actually does. He did not indeed write a series of complete opera magna like the great German. But the comparison with Ranke is frequently made by those who best know Fruin's writings and the spirit in which he conducted his researches into the past.