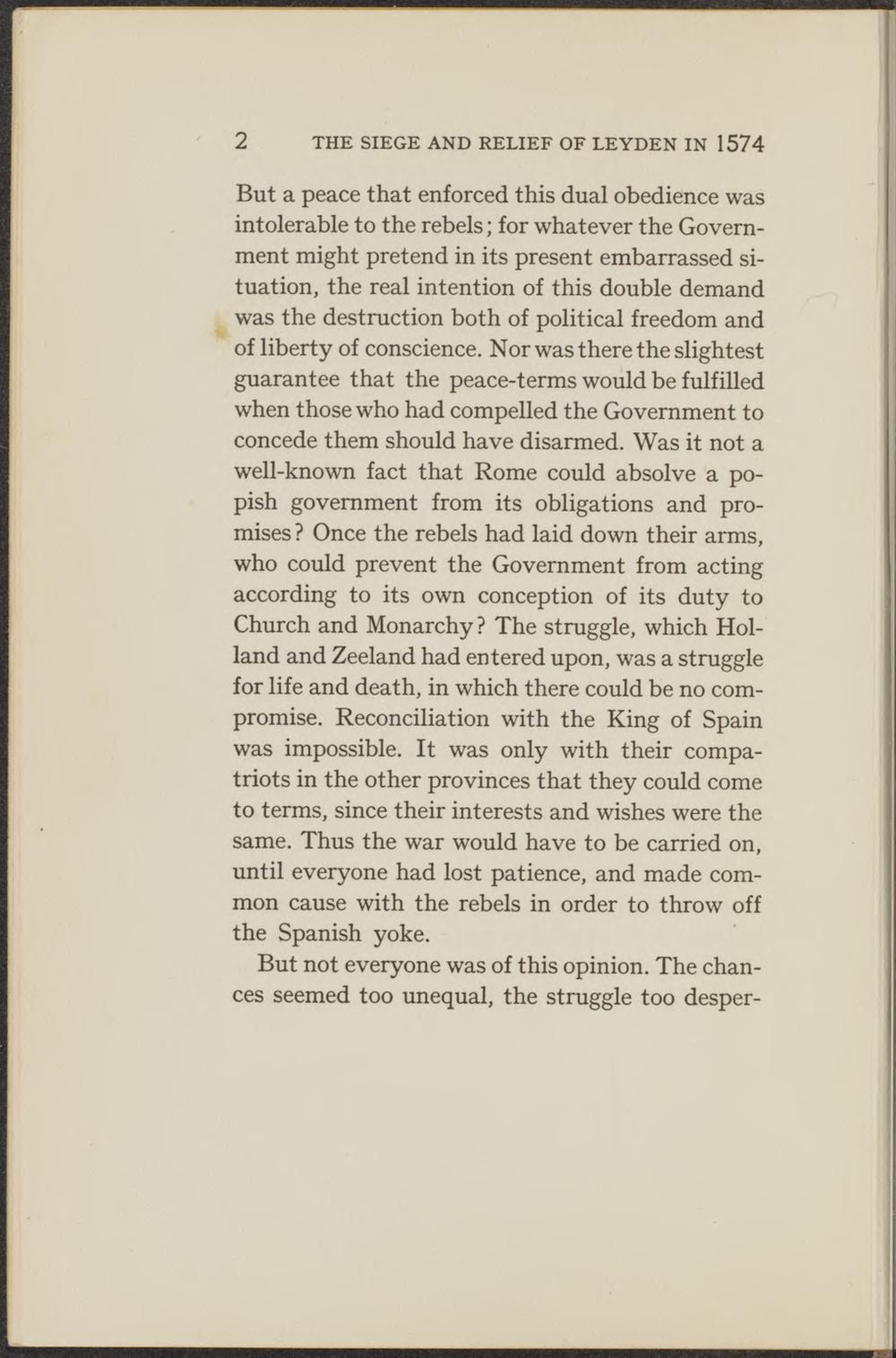 But a peace that enforced this dual obedience was intolerable to the rebels; for whatever the Government might pretend in its present embarrassed situation, the real intention of this doublé demand was the destruction both of political freedom and of liberty of conscience. Norwastheretheslightest guarantee that the peace-terms would be fuifilled when those who had compelled the Government to concede them should have disarmed. Was it not a well-known fact that Rome could absolve a popish government from its obligations and promises? Once the rebels had laid down their arms, who could prevent the Government from acting according to its own conception of its duty to Church and Monarchy? The struggle, which Holland and Zeeland had entered upon, was a struggle for life and death, in which there could be no compromise. Reconciliation with the King of Spain was impossible. It was only with their compatriots in the other provinces that they could come to terms, since their interests and wishes were the same. Thus the war would have to be carried on, until everyone had lost patience, and made common cause with the rebels in order to throw off the Spanish yoke.

But not everyone was of this opinion. The chances seemed too unequal, the struggle too desper-