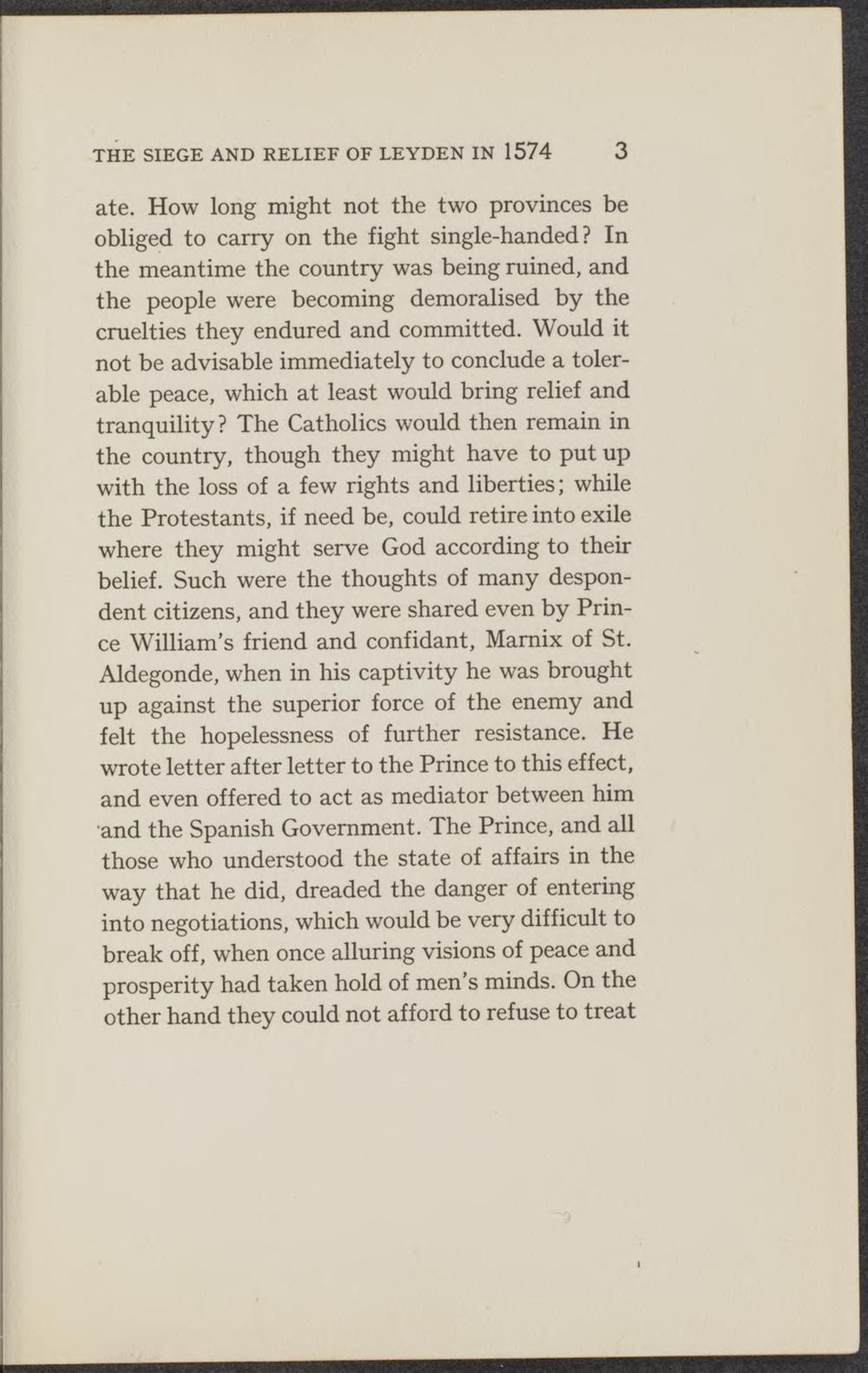 ate. How long might not the two provinces be obliged to carry on the fight single-handed? In the meantime the country was being ruined, and the people were becoming demoralised by the cruelties they endured and committed. Would it not be advisable immediately to conclude a tolerable peace, which at least would bring reliëf and tranquüity? The Catholics would then remain in the country, though they might have to put up with the loss of a few rights and liberties; while the Protestants, if need be, could retireinto exile where they might serve God according to their belief. Such were the thoughts of many despondent citizens, and they were shared even by Prince Wüliam's friend and confidant, Marnix of St. Aldegonde, when in his captivity he was brought up against the superior force of the enemy and feit the hopelessness of further resistance. He wrote letter after letter to the Prince to this effect, and even offered to act as mediator between bim •and the Spanish Government. The Prince, and all those who understood the state of affairs in the way that he did, dreaded the danger of entering into negotiations, which would be very difficult to break off, when once alluring visions of peace and prosperity had taken hold of men's minds. On the other hand they could not af ford to refuse to treat