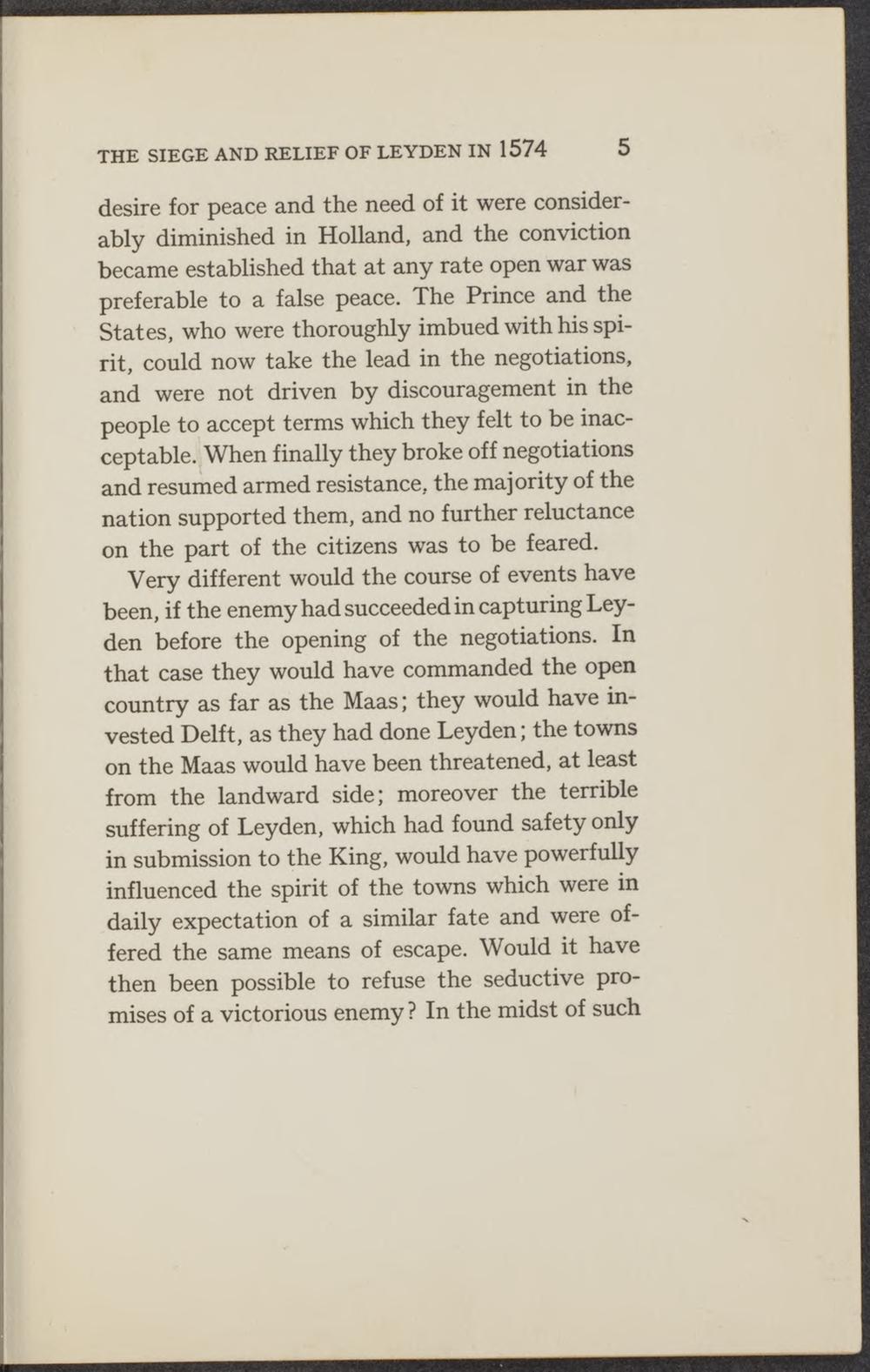 desire for peace and the need of it were considerably diminished in Holland, and the conviction became established that at any rate open war was preferable to a false peace. The Prince and the States, who were thoroughly imbued with his spirit, could now take the lead in the negotiations, and were not driven by discouragement in the people to accept terms which they feit to be inacceptable.1 When finally they broke of f negotiations and resumed armed resistance, the majority of the nation supported them, and no further reluctance on the part of the citizens was to be feared.

Very different would the course of events have been, if the enemy had succeeded in capturing Leyden before the opening of the negotiations. In that case they would have commanded the open country as f ar as the Maas; they would have invested Delft, as they had done Leyden; the towns on the Maas would have been threatened, at least from the landward side; moreover the terrible suffering of Leyden, which had found safety only in submission to the King, would have powerfully influenced the spirit of the towns which were in daily expectation of a similar fate and were offered the same means of escape. Would it have then been possible to refuse the seductive promises of a victorious enemy? In the midst of such