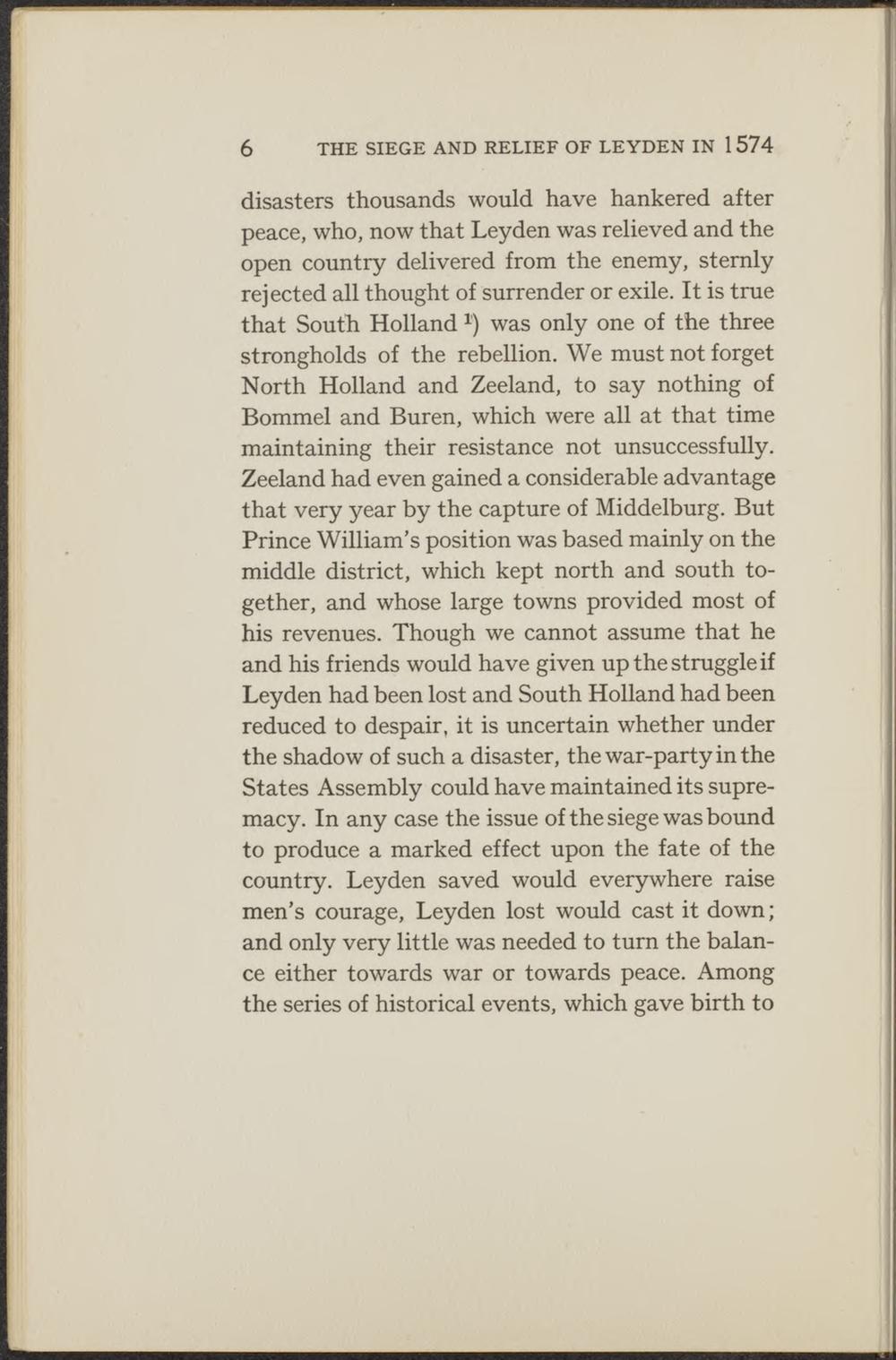 disasters thousands would have hankered after peace, who, now that Leyden was relieved and the open country delivered from the enemy, sternly rejected all thought of surrender or exile. It is true that South Holland *) was only one of the three strongholds of the rebellion. We must not forget North Holland and Zeeland, to say nothing of Bommel and Buren, which were all at that time maintaining their resistance not unsuccessfully. Zeeland had even gained a considerable advantage that very year by the capture of Middelburg. But Prince William's position was based mainly on the middle district, which kept north and south together, and whose large towns provided most of his revenues. Though we cannot assume that he and his friends would have given up the struggle if Leyden had been lost and South Holland had been reduced to despair, it is uncertain whether under the shadow of such a disaster, the war-party in the States Assembly could have maintained its supremacy. In any case the issue of thesiege wasbound to produce a marked effect upon the fate of the country. Leyden saved would everywhere raise men's courage, Leyden lost would cast it down; and only very little was needed to turn the balance either towards war or towards peace. Among the series of historical events, which gave birth to