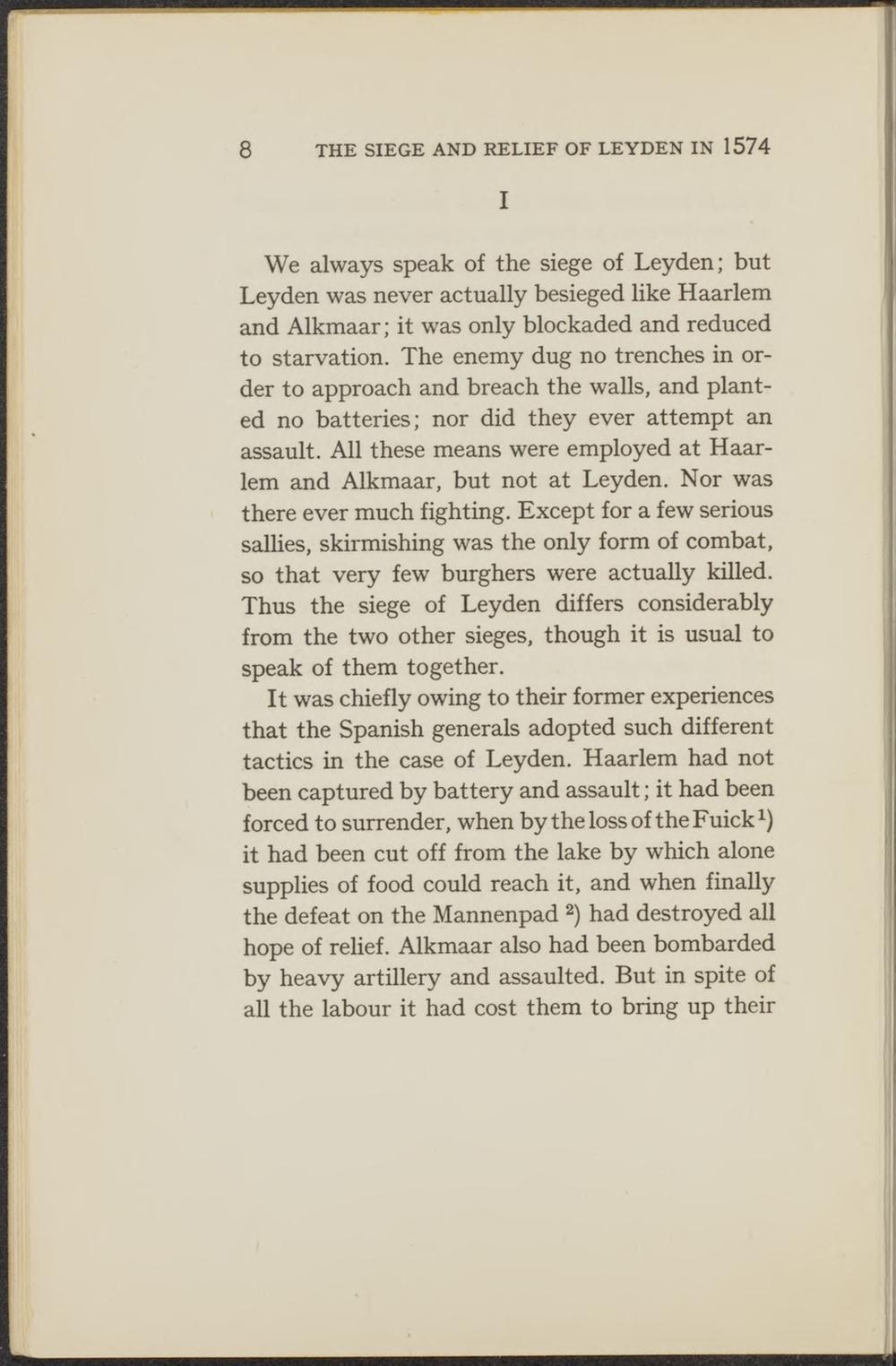 We always speak of the siege of Leyden; but Leyden was never actually besieged like Haarlem and Alkmaar; it was only blockaded and reduced to starvation. The enemy dug no trenches in order to approach and breach the walls, and planted no batteries; nor did they ever attempt an assault. All these means were employed at Haarlem and Alkmaar, but not at Leyden. Nor was there ever much fighting. Except for a few serious sallies, skirmishing was the only form of combat, so that very few burghers were actually killed. Thus the siege of Leyden differs considerably from the two other sieges, though it is usual to speak of them together.

It was chiefly owing to their former experiences that the Spanish generals adopted such different tactics in the case of Leyden. Haarlem had not been captured by battery and assault; it had been forced to surrender, when by the loss of theFuick1) it had been cut off from the lake by which alone supplies of food could reach it, and when finally the defeat on the Mannenpad 2) had destroyed all hope of reliëf. Alkmaar also had been bombarded by heavy artillery and assaulted. But in spite of all the labour it had cost them to bring up their