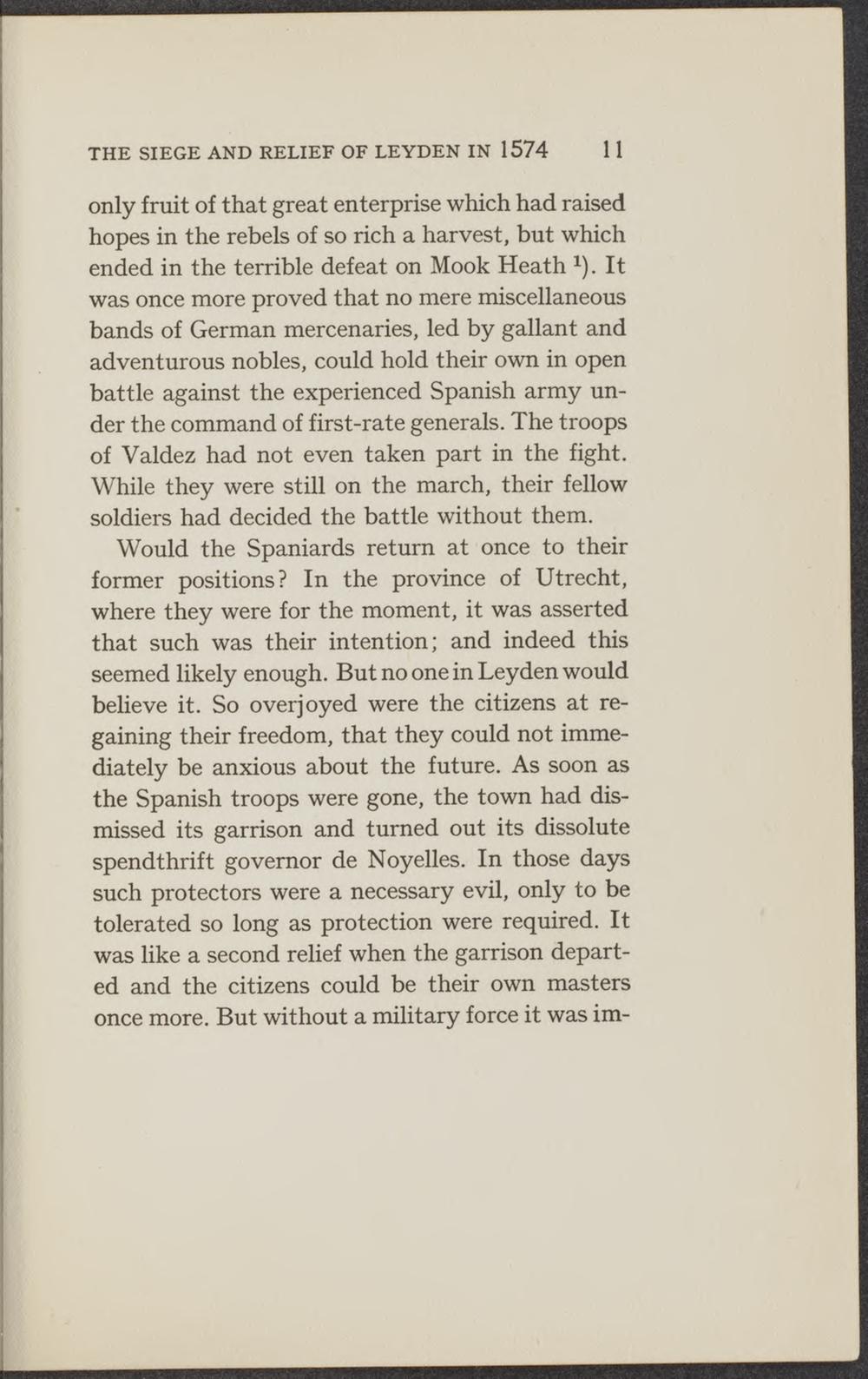 only fruit of that great enterprise which had raised hopes in the rebels of so rich a harvest, but which ended in the terrible defeat on Mook HeathIt was once more proved that no mere miscellaneous bands of German mercenaries, led by gallant and adventurous nobles, could hold their own in open battle against the experienced Spanish army under the command of first-rate generals. The troops of Valdez had not even taken part in the fight. While they were still on the march, their fellow soldiers had decided the battle without them.

Would the Spaniards return at once to their former positions? In the province of Utrecht, where they were for the moment, it was asserted that such was their intention; and indeed this seemed likely enough. But noone in Leyden would believe it. So overjoyed were the citizens at regaining their freedom, that they could not immediately be anxious about the future. As soon as the Spanish troops were gone, the town had dismissed its garrison and turned out its dissolute spendthrift governor de Noyelles. In those days such protectors were a necessary evil, only to be tolerated so long as protection were required. It was like a second reliëf when the garrison departed and the citizens could be their own masters once more. But without a military force it was im-