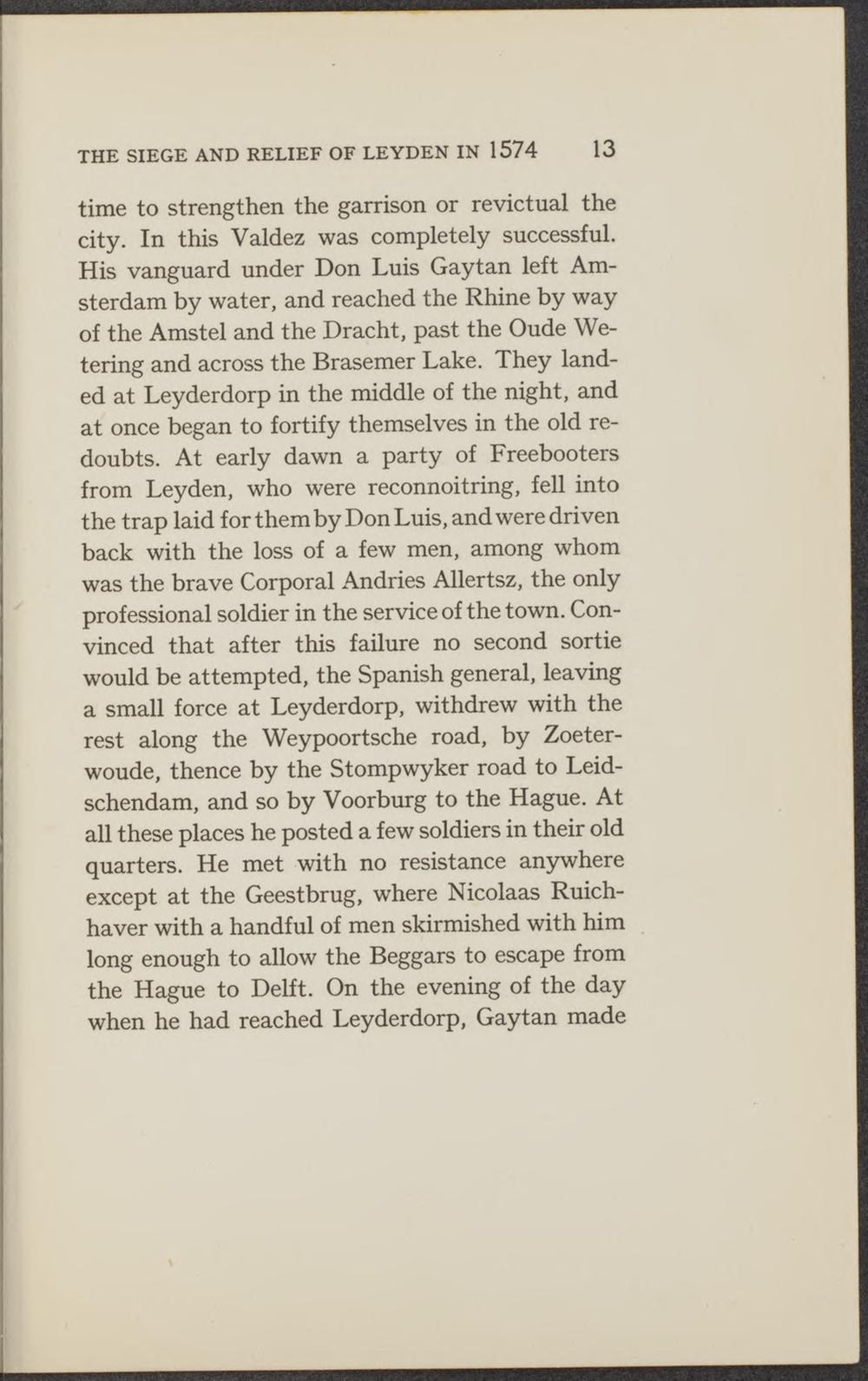 time to strengthen the garrison or revictual the city. In this Valdez was completely successful. His vanguard under Don Luis Gaytan left Amsterdam by water, and reached the Rhine by way of the Amstel and the Dracht, past the Oude Wetering and across the Brasemer Lake. They landed at Leyderdorp in the middle of the night, and at once began to fortify themselves in the old redoubts. At early dawn a party of Freebooters from Leyden, who were reconnoitring, feil into the trap laid for them by Don Luis, and were driven back with the loss of a few men, among whom was the brave Corporal Andries Allertsz, the only professional soldier in the service of the town. Convinced that after this failure no second sortie would be attempted, the Spanish general, leaving a small force at Leyderdorp, withdrew with the rest along the Weypoortsche road, by Zoeterwoude, thence by the Stompwyker road to Leidschendam, and so by Voorburg to the Hague. At all these places he posted a few soldiere in their old quarters. He met with no resistance anywhere except at the Geestbrug, where Nicolaas Ruichhaver with a handful of men skirrnished with him long enough to allow the Beggare to escape from the Hague to Delft. On the evening of the day when he had reached Leyderdorp, Gaytan made