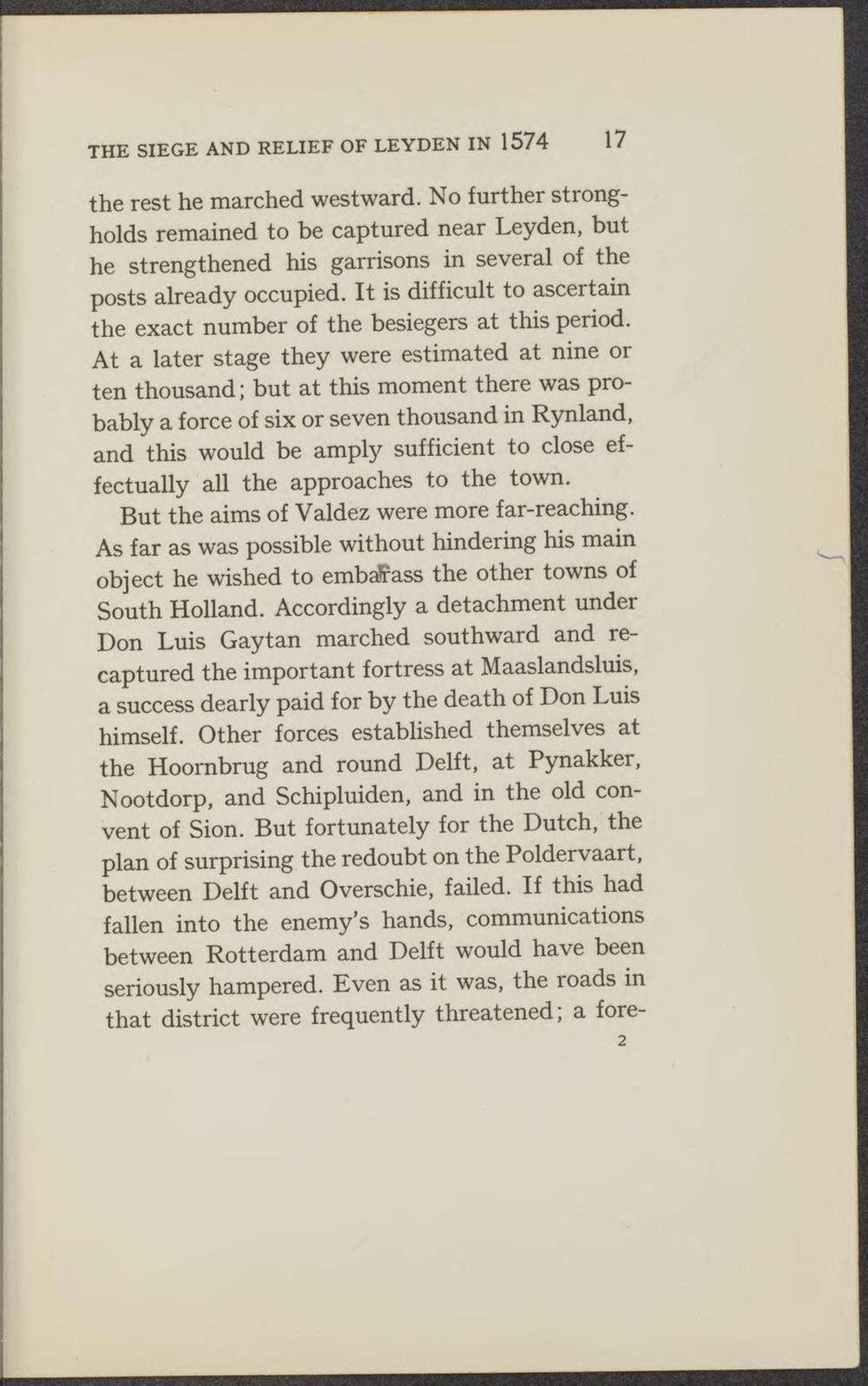 the rest he marched west ward. No further strongholds remained to be captured near Leyden, but he strengthened bis garrisons in several of the posts already occupied. It is difficult to ascertain the exact number of the besiegers at this period. At a later stage they were estimated at nine or ten thousand; but at this moment there was probably a force of six or seven thousand in Rynland, and this would be amply sufficiënt to close effectually all the approaches to the town.

But the aims of Valdez were more f ar-reaching. As f ar as was possible without hindering his main object he wished to embatfass the other towns of South Holland. Accordingly a detachment under Don Luis Gaytan marched southward and recaptured the important fortress at Maaslandsluis, a success dearly paid for by the death of Don Luis himself. Other forces established themselves at the Hoornbrug and round Delft, at Pynakker, Nootdorp, and Schipluiden, and in the old convent of Sion. But fortunately for the Dutch, the plan of surprising the redoubt on the Poldervaart, between Delft and Overscbie, failed. If this had fallen into the enemy's hands, Communications between Rotterdam and Delft would have been seriously hampered. Even as it was, the roads in that district were frequently threatened; a fore-