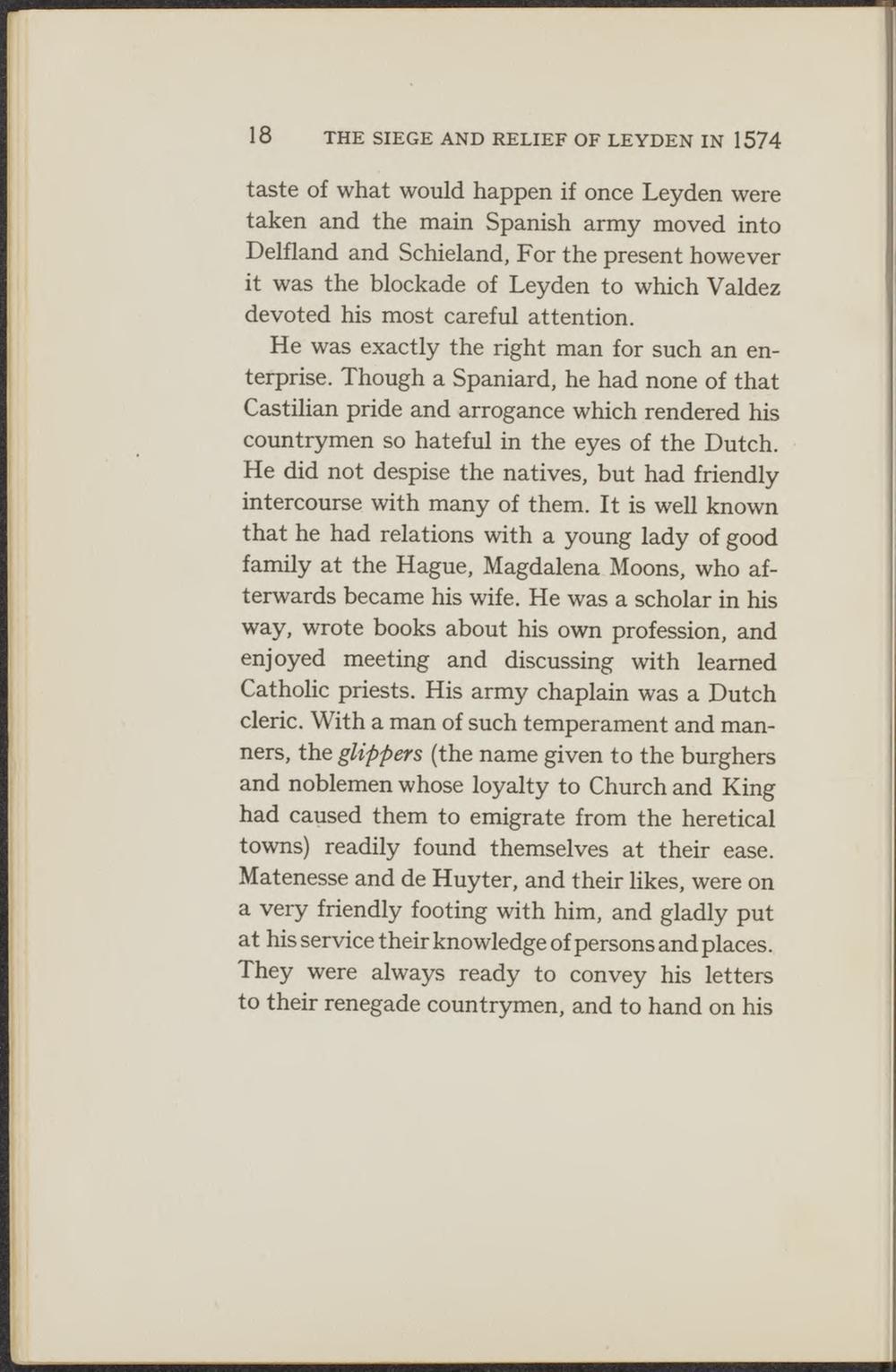 taste of what would happen if once Leyden were taken and the main Spanish army moved into Delfland and Schieland, For the present however it was the blockade of Leyden to which Valdez devoted his most careful attention.

He was exactly the right man for such an entefprise. Though a Spaniard, he had none of that Castilian pride and arrogance which rendered his countrymen so hateful in the eyes of the Dutch. He did not despise the natives, but had friendly intercourse with many of them. It is well known that he had relations with a young lady of good family at the Hague, Magdalena Moons, who afterwards became his wife. He was a scholar in his way, wrote books about his own profession, and enjoyed meeting and discussing with learned Catholic priests. His army chaplain was a Dutch cleric. With a man of such temperament and manners, the glippers (the name given to the burghers and noblemen whose loyalty to Church and King had caused them to emigrate from the heretical towns) readily found themselves at their ease. Matenesse and de Huyter, and their likes, were on a very friendly footing with him, and gladly put at his service their knowledge of persons and places. They were always ready to convey his letters to their renegade countrymen, and to hand on his