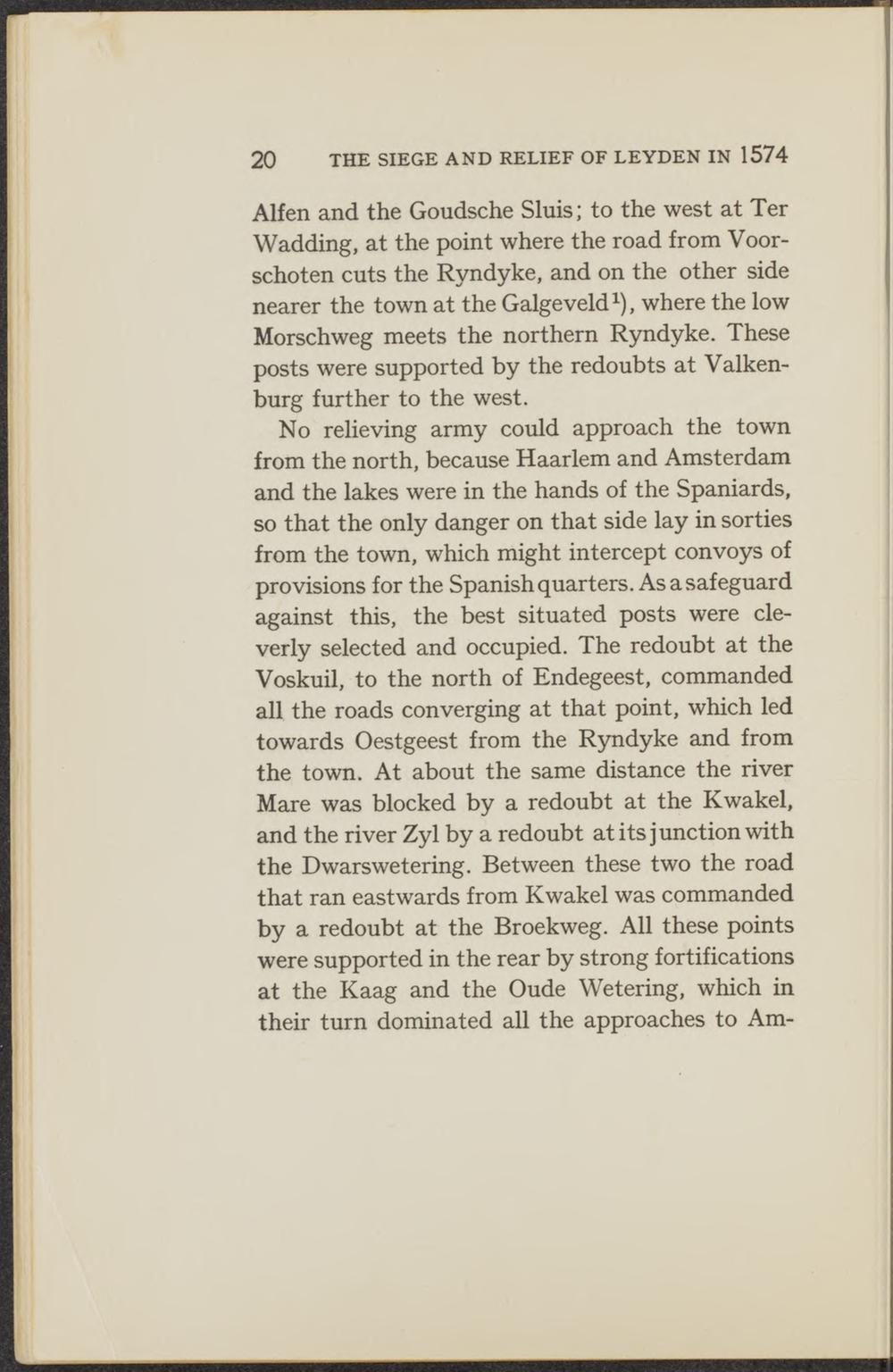 Alfen and the Goudsche Sluis; to the west at Ter Wadding, at the point where the road from Voorschoten cuts the Ryndyke, and on the other side nearer the town at the Galgeveld1), where the low Morschweg meets the northern Ryndyke. These posts were supported by the redoubts at Valkenburg further to the west.

No relieving army could approach the town from the north, because Haarlem and Amsterdam and the lakes were in the hands of the Spaniards, so that the only danger on that side lay in sorties from the town, which might intercept convoys of provisions for the Spanish quarters. As asafeguard against this, the best situated posts were cleverly selected and occupied. The redoubt at the Voskuil, to the north of Endegeest, commanded all the roads converging at that point, which led towards Oestgeest from the Ryndyke and from the town. At about the same distance the river Mare was blocked by a redoubt at the Kwakel, and the river Zyl by a redoubt at its junction with the Dwars wetering. Between these two the road that ran eastwards from Kwakel was commanded by a redoubt at the Broekweg. All these points were supported in the rear by strong fortifications at the Kaag and the Oude Wetering, which in their turn dorninated all the approaches to Am-