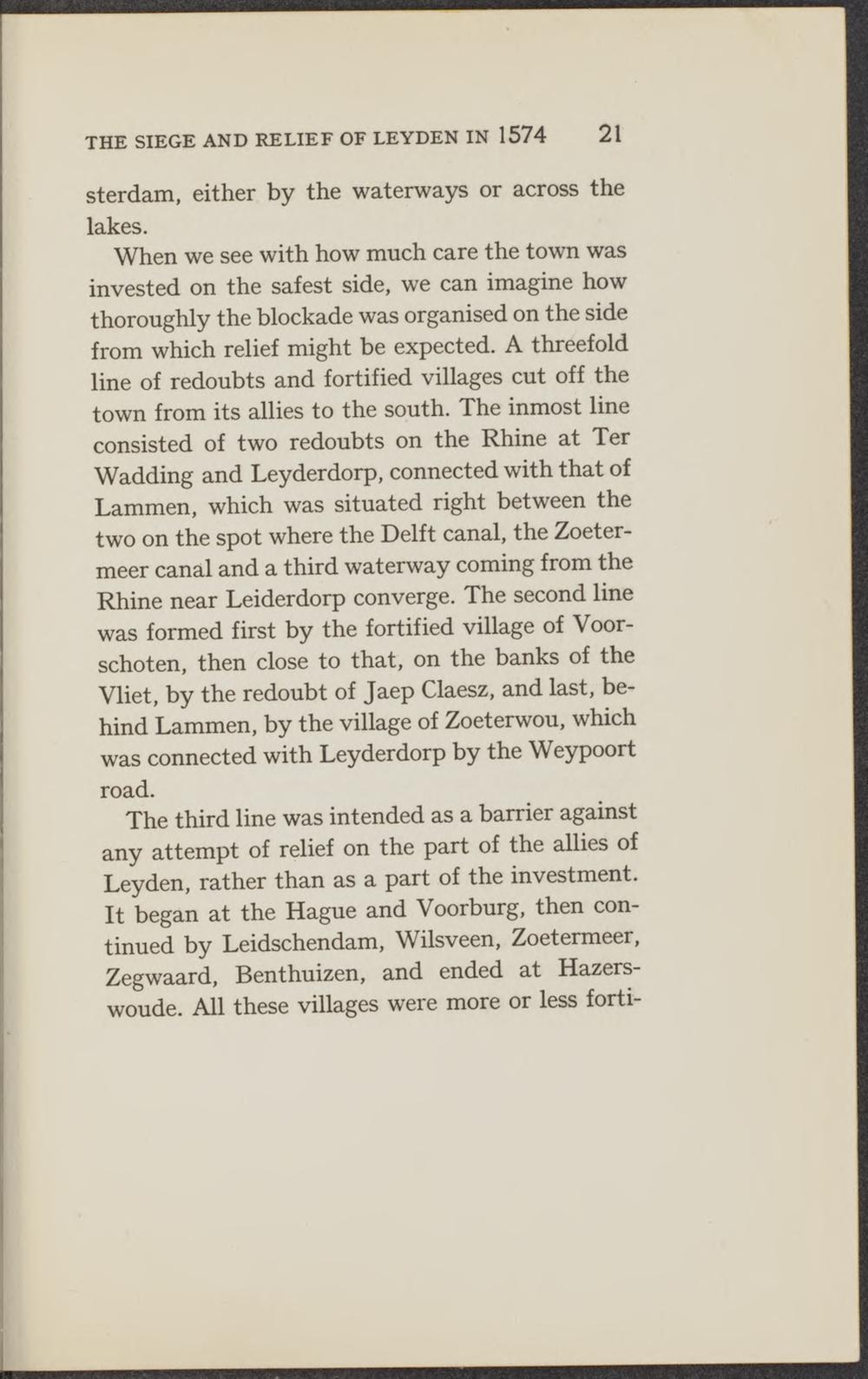 sterdam, either by the waterways or across the lakes.

When we see with how much care the town was invested on the safest side, we can imagine how thoroughly the blockade was organised on the side from which reliëf might be expected. A threefold line of redoubts and fortified villages cut off the town from its allies to the south. The inmost line consisted of two redoubts on the Rhine at Ter Wadding and Leyderdorp, connected with that of Lammen, which was situated right between the two on the spot where the Delft canal, the Zoetermeer canal and a third waterway coming from the Rhine near Leiderdorp converge. The second line was formed first by the fortified village of Voorschoten, then close to that, on the banks of the Vliet, by the redoubt of Jaep Claesz, and last, behind Lammen, by the village of Zoeterwou, which was connected with Leyderdorp by the Weypoort road.

The third line was intended as a barrier against any attempt of reliëf on the part of the allies of Leyden, rather than as a part of the investment. It began at the Hague and Voorburg, then continued by Leidschendam, Wilsveen, Zoetermeer, Zegwaard, Benthuizen, and ended at Hazerswoude. All these villages were more or less forti-