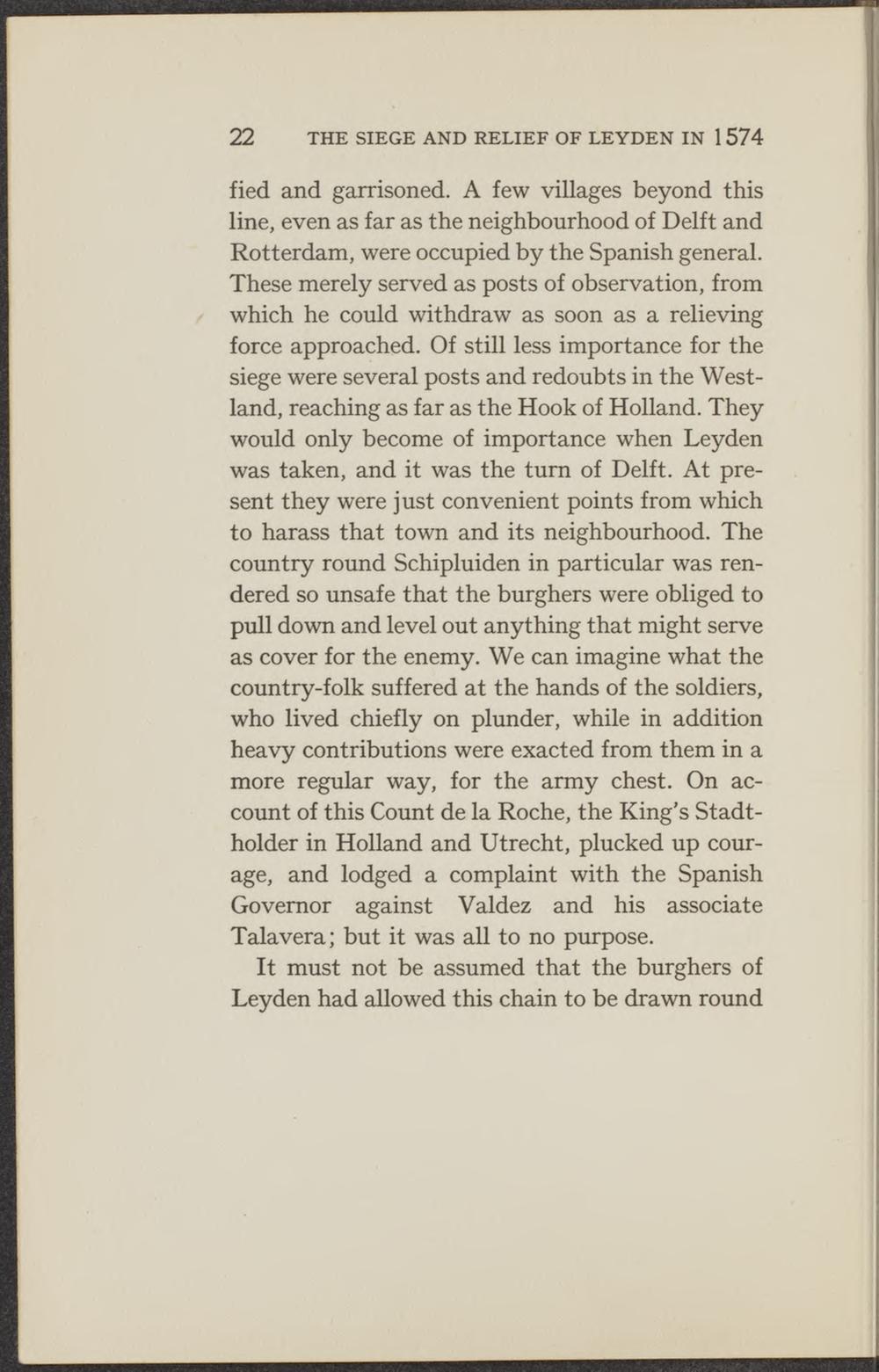 fied and garrisoned. A few villages beyond this line, even as far as the neighbourhood of Delft and Rotterdam, were occupied by the Spanish general. These merely served as posts of observation, from which he could withdraw as soon as a relieving force approached. Of still less importance for the siege were several posts and redoubts in the Westland, reaching as far as the Hook of Holland. They would only become of importance when Leyden was taken, and it was the turn of Delft. At present they were just convenient points from which to harass that town and its neighbourhood. The country round Schipluiden in particular was rendered so unsafe that the burghers were obliged to pull down and level out anything that might serve as cover for the enemy. We can imagine what the country-folk suffered at the hands of the soldiers, who lived chiefly on plunder, while in addition heavy contributions were exacted from them in a more regular way, for the army chest. On account of this Count de la Roche, the King's Stadtholder in Holland and Utrecht, plucked up courage, and lodged a complaint with the Spanish Governor against Valdez and his associate Talavera; but it was all to no purpose.