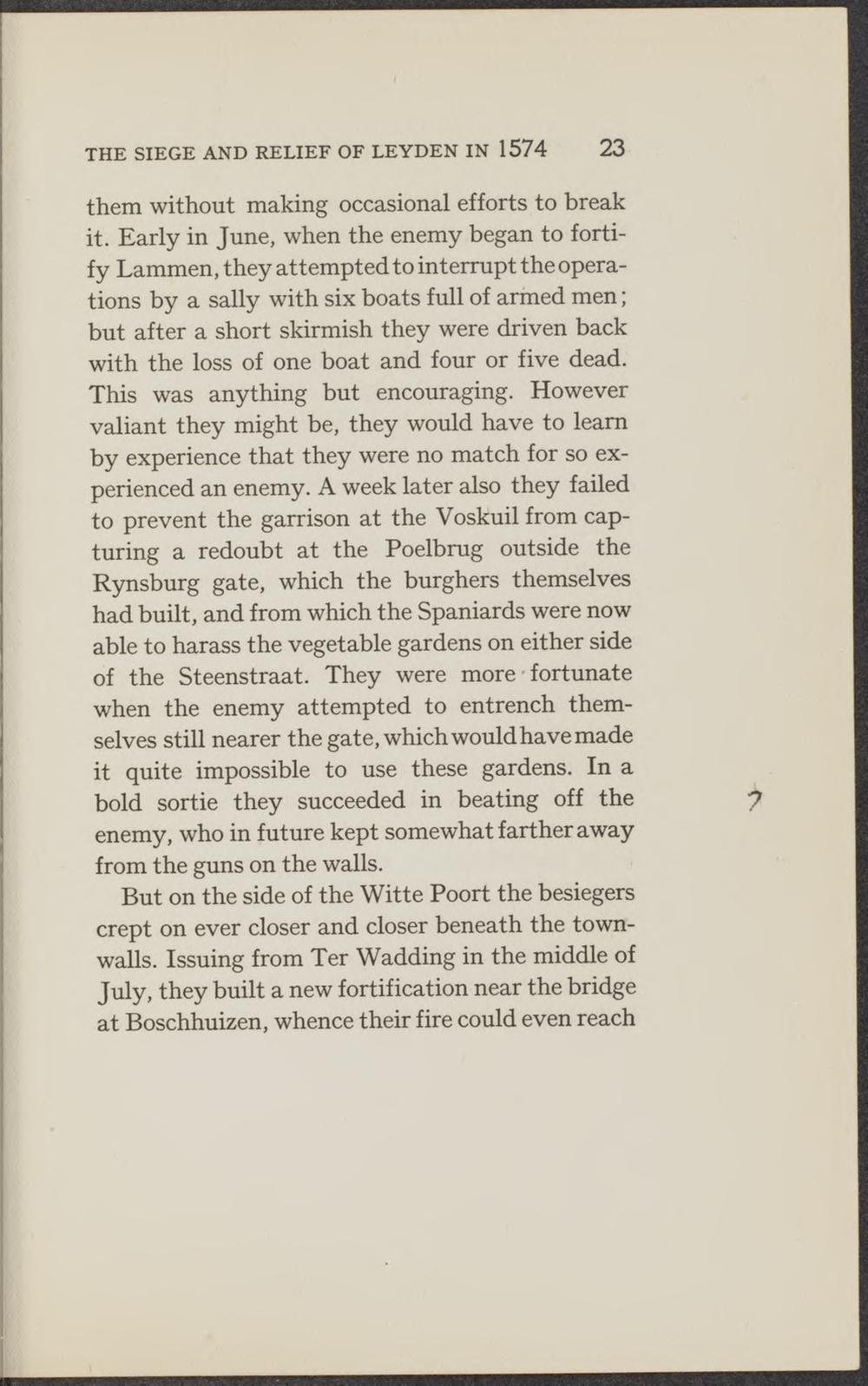 them without making occasional efforts to break it. Early in June, when the enemy began to fortify Lammen, they attempted to interrupt the operations by a sally with six boats full of armed men; but after a short skirmish they were driven back with the loss of one boat and four or five dead. This was anytfring but encouraging. However variant they might be, they would have to learn by experience that they were no match for so experienced an enemy. A week later also they failed to prevent the garrison at the Voskuil from capturing a redoubt at the Poelbrug outside the Rynsburg gate, which the burghers themselves had built, and from which the Spaniards were now able to harass the vegetable gardens on either side of the Steenstraat. They were more fortunate when the enemy attempted to entrench themselves still nearer the gate, which would have made it quite impossible to use these gardens. In a bold sortie they succeeded in beating off the enemy, who in future kept somewhat farther away from the guns on the walls.

But on the side of the Witte Poort the besiegers crept on ever closer and closer beneath the townwalls. Issuing from Ter Wadding in the middle ol July, they built a new f ortification near the bridge at Boschhuizen, whence their fire could even reach