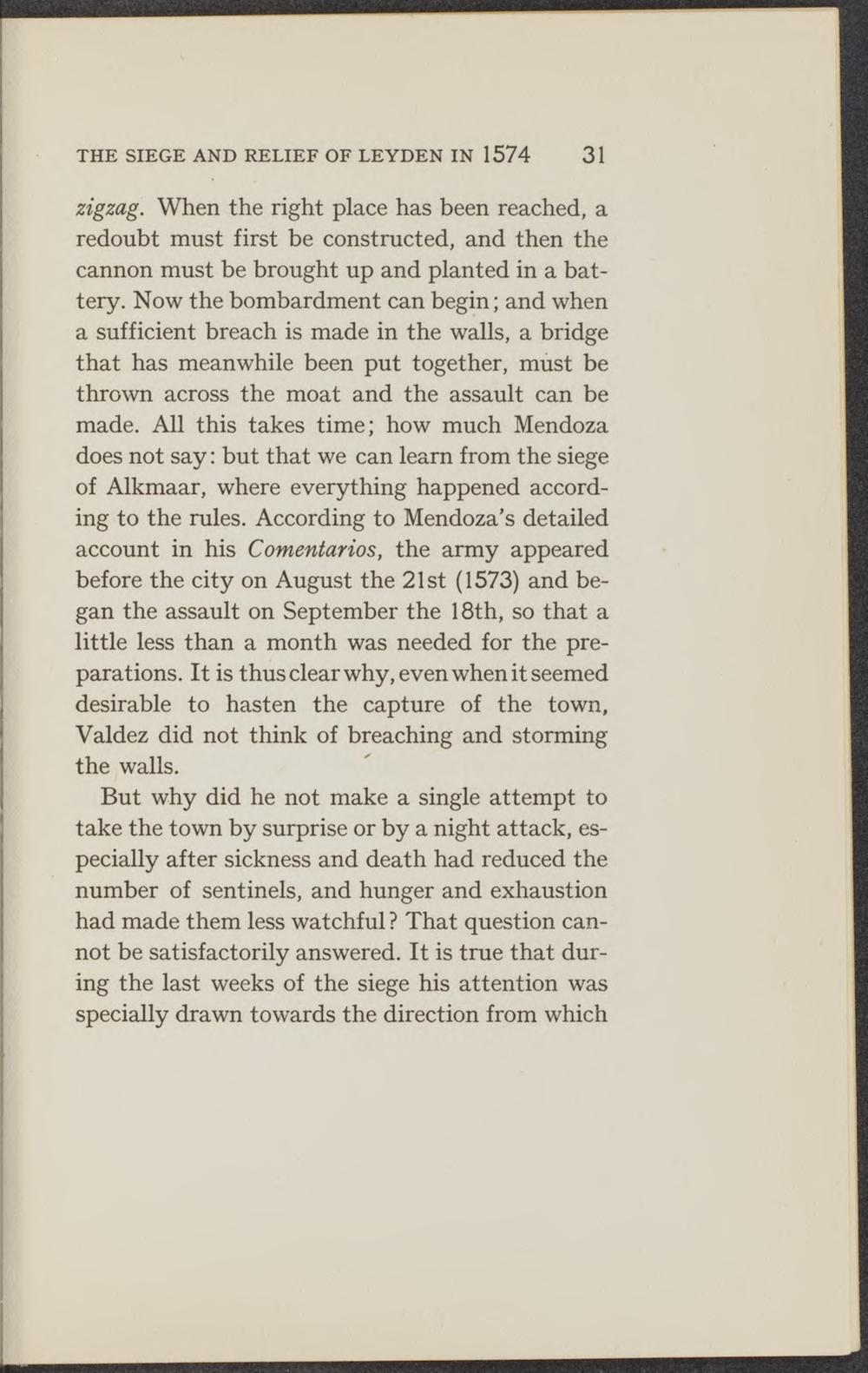 zigzag. When the right place has been reached, a redoubt must first be constructed, and then the cannon must be brought up and planted in a battery. Now the bombardment can begin; and when a sufficiënt breach is made in the walls, a bridge that has meanwhile been put together, must be thrown across the moat and the assault can be made. All this takes time; how much Mendoza does not say: but that we can learn from the siege of Alkmaar, where everything happened according to the rules. According to Mendoza's detailed account in his Comentarios, the army appeared before the city on August the 21st (1573) and began the assault on September the 18th, so that a little less than a month was needed for the preparations. It is thus clear why, even when it seemed desirable to hasten the capture of the town, Valdez did not think of breacbing and storming the walls.

But why did he not make a single attempt to take the town by surprise or by a night attack, especially after sickness and death had reduced the number of sentinels, and hunger and exhaustion had made them less watchful ? That question cannot be satisfactorily answered. It is true that during the last weeks of the siege his attention was specially drawn towards the direction from which