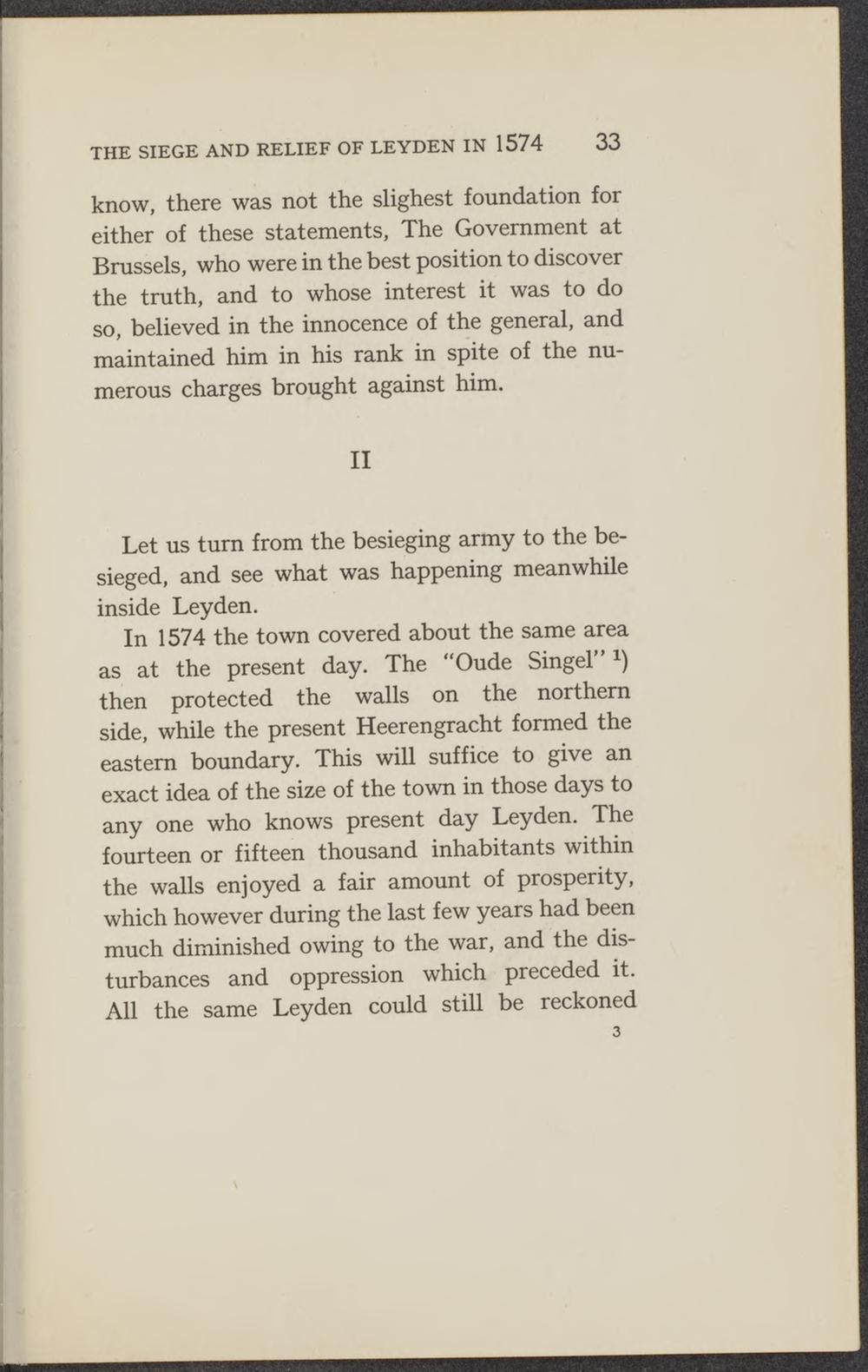 know, there was not the slighest foundation for either of these statements, The Government at Brussels, who were in the best position to discover the truth, and to whose interest it was to do so, believed in the innocence of the general, and maintained him in his rank in spite of the numerous charges brought against him.

Let us turn from the besieging army to the besieged, and see what was happening meanwhile inside Leyden.

In 1574 the town covered about the same area as at the present day. The "Oude Singel"1) then protected the walls on the northern side, while the present Heerengracht formed the eastern boundary. This will suffice to give an exact idea of the size of the town in those days to any one who knows present day Leyden. The fourteen or fifteen thousand inhabitants withui the walls enjoyed a fair amount of prosperity, which however during the last few years had been much (liminished owing to the war, and the disturbances and oppression which preceded it. All the same Leyden could still be reckoned