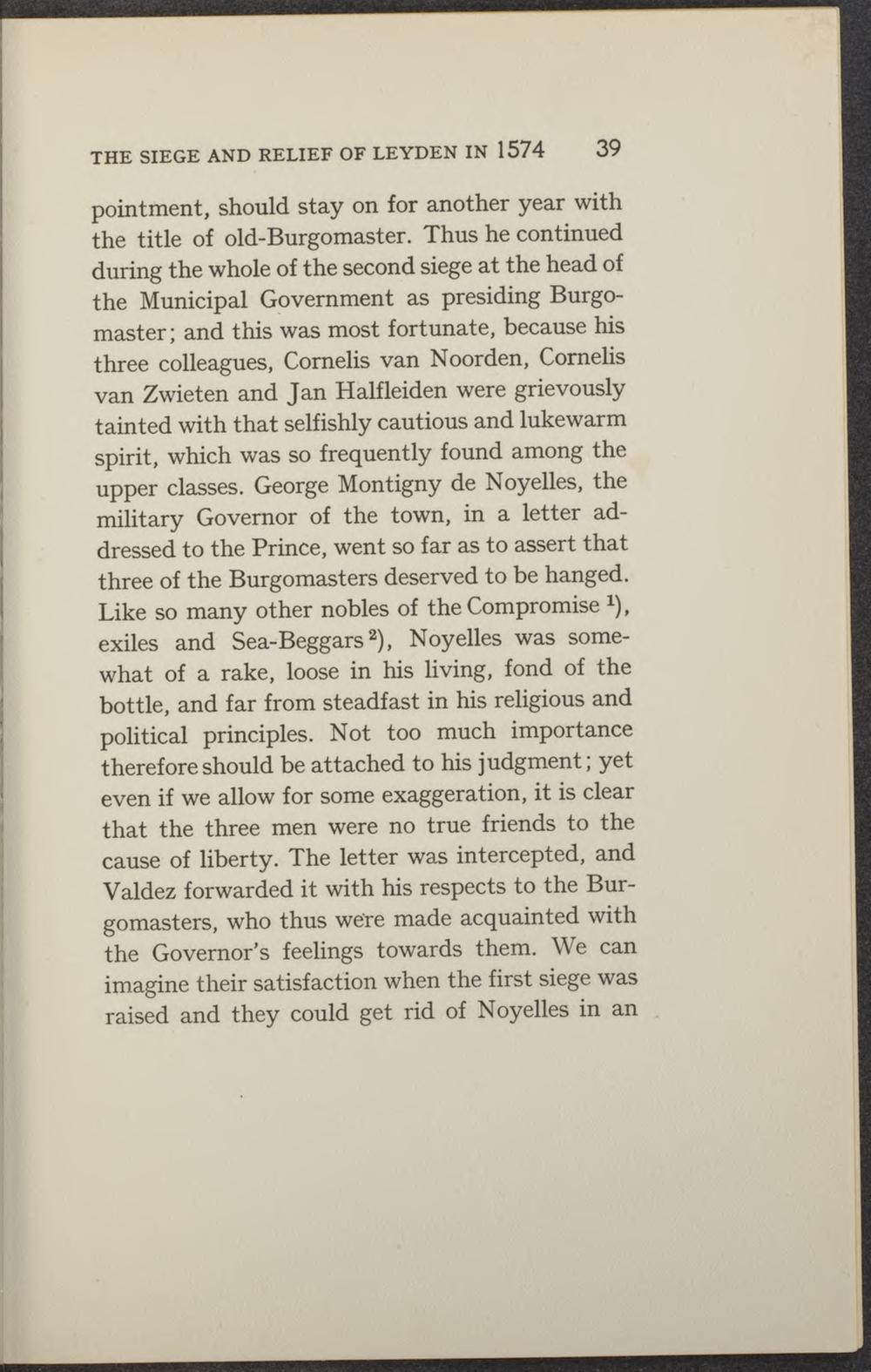 pointment, should stay on for another year with the title of old-Burgomaster. Thus he continued during the whole of the second siege at the head of the Municipal Government as presiding Burgomaster; and this was most fortunate, because his three colleagues, Cornelis van Noorden, Cornelis van Zwieten and Jan Halfleiden were grievously tainted with that selfishly cautious and lukewarm spirit, which was so frequently found among the upper classes. George Montigny de Noyelles, the military Governor of the town, in a letter addressed to the Prince, went so f ar as to assert that three of the Burgomasters deserved to be hanged. Like so many other nobles of the Compromise1), exiles and Sea-Beggars2), Noyelles was somewhat of a rake, loose in his Hving, fond of the bottle, and far from steadfast in his religious and poütical principles. Not too much importance theref ore should be attached to his judgment; yet even if we allow for some exaggeration, it is clear that the three men were no true friends to the cause of liberty. The letter was intercepted, and Valdez forwarded it with his respects to the Burgomasters, who thus were made acquainted with the Governor's feelings towards them. We can imagine their satisfaction when the first siege was raised and they could get rid of Noyelles in an