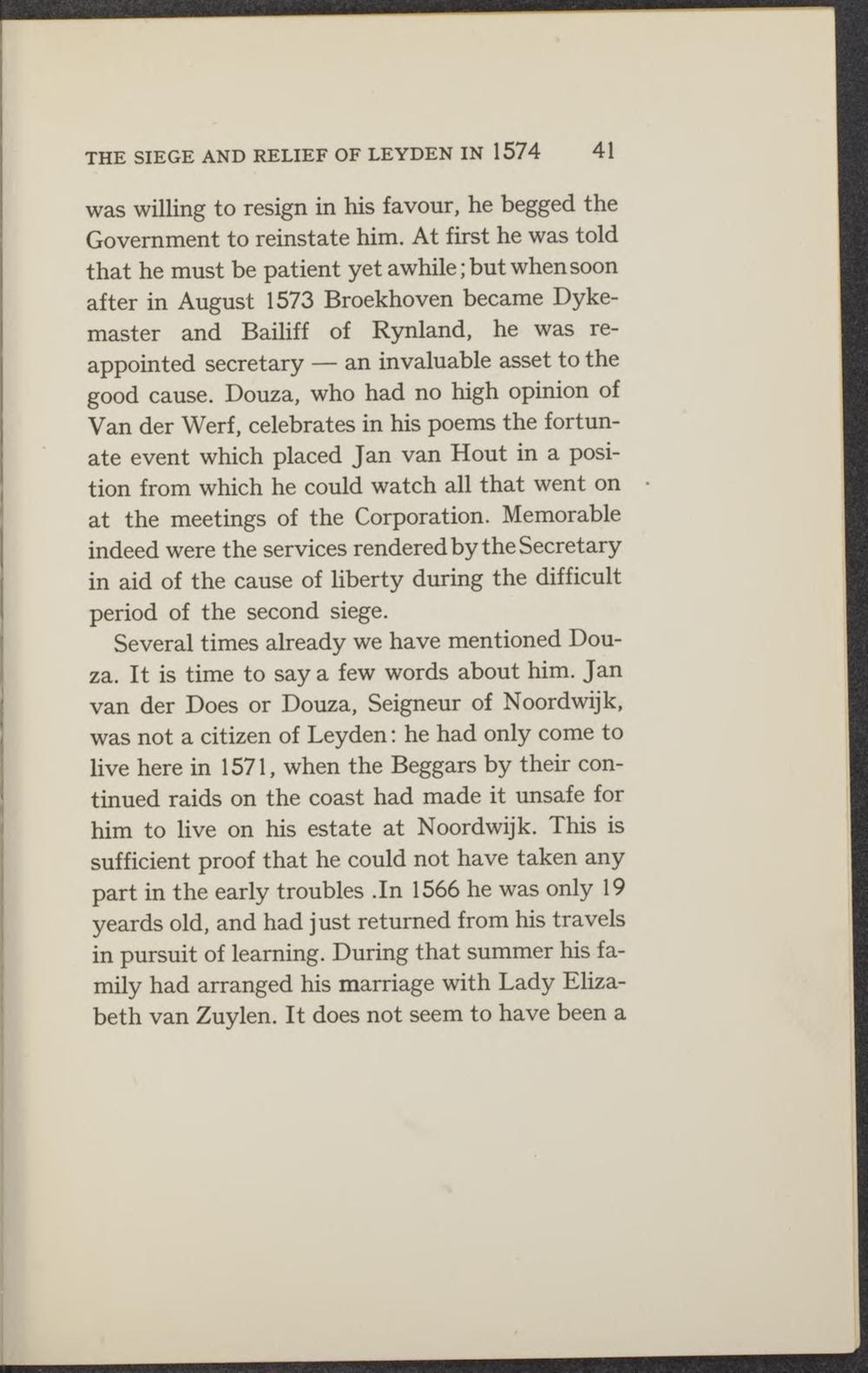 was willing to resign in bis favour, he begged the Government to reinstate him. At first he was told that he must be patiënt yet awbile; but whensoon after in August 1573 Broekhoven became Dykemaster and Bailiff of Rynland, he was reappointed secretary — an invaluable asset to the good cause. Douza, who had no high opinion of Van der Werf, celebrates in his poems the fortunate event which placed Jan van Hout in a position from which he could watch all that went on at the meetings of the Corporation. Memorable indeed were the services renderedby the Secretary in aid of the cause of liberty during the difficult period of the second siege.

Several times already we have mentioned Douza. It is time to say a few words about bim. Jan van der Does or Douza, Seigneur of Noordwijk, was not a citizen of Leyden: he had only come to live here in 1571, when the Beggars by their continued raids on the coast had made it unsafe for him to live on his estate at Noordwijk. This is sufficiënt proof that he could not have taken any part in the early troubles .In 1566 he was only 19 yeards old, and had just returned from his travels in pursuit of learning. During that summer his family had arranged his marriage with Lady Elizabeth van Zuylen. It does not seem to have been a