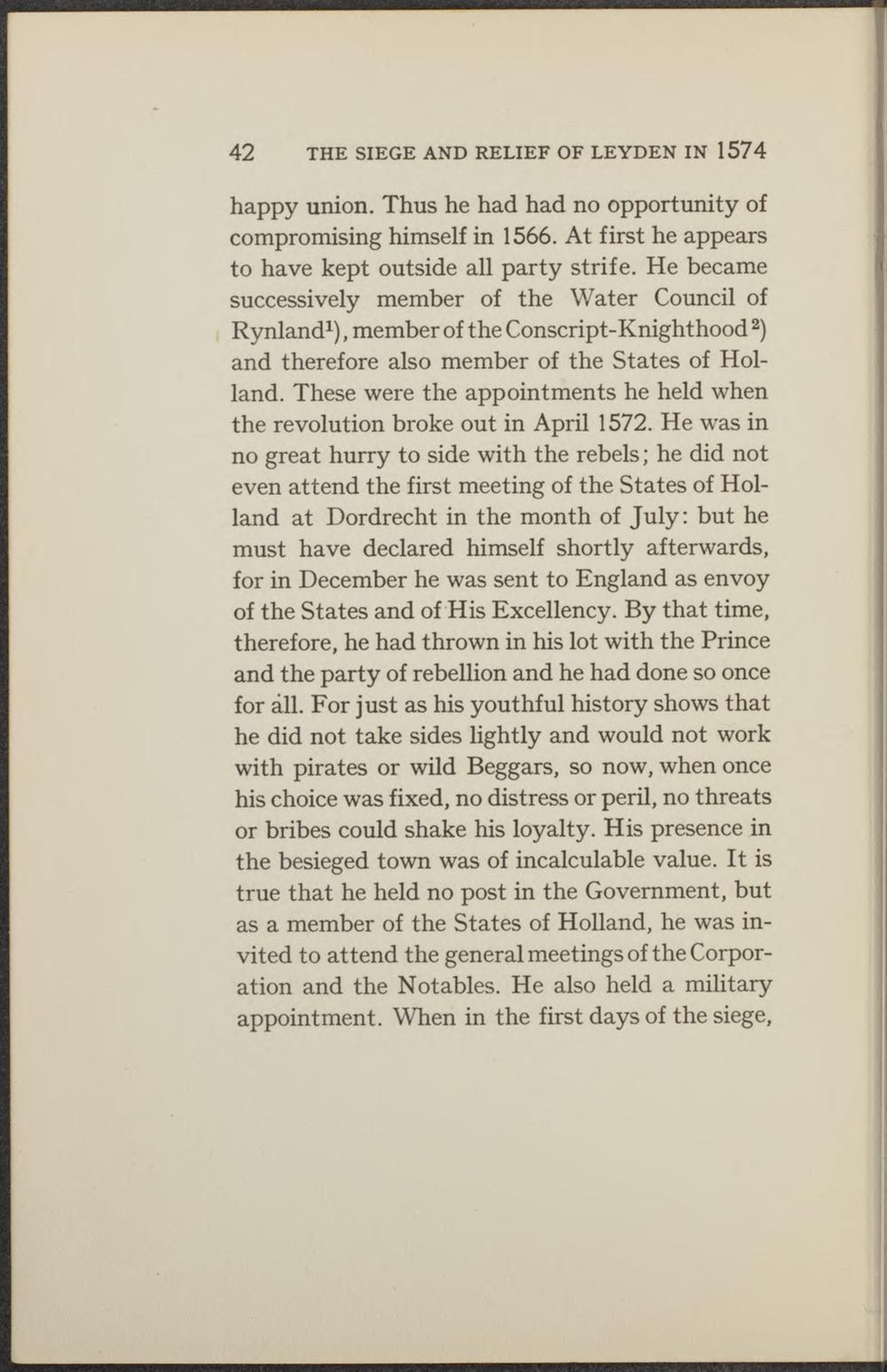 happy union. Thus he had had no opportunity of compromising himself in 1566. At first he appears to have kept outside all party strife. He became successively member of the Water Council of Rynland1), member of the Conscript-Knighthood 2) and therefore also member of the States of Holland. These were the appointments he held when the revolution broke out in April 1572. He was in no great hurry to side with the rebels; he did not even attend the first meeting of the States of Holland at Dordrecht in the month of July: but he must have declared himself shortly afterwards, for in December he was sent to England as envoy of the States and of His Excellency. By that time, therefore, he had thrown in his lot with the Prince and the party of rebellion and he had done so once for all. For just as his youthful history shows that he did not take sides lightly and would not work with pirates or wild Beggars, so now, when once bis choice was fixed, no distress or peril, no threats or bribes could shake his loyalty. His presence in the besieged town was of incalculable value. It is true that he held no post in the Government, but as a member of the States of Holland, he was invited to attend the general meetings of the Corporation and the Notables. He also held a military appointment. When in the first days of the siege,