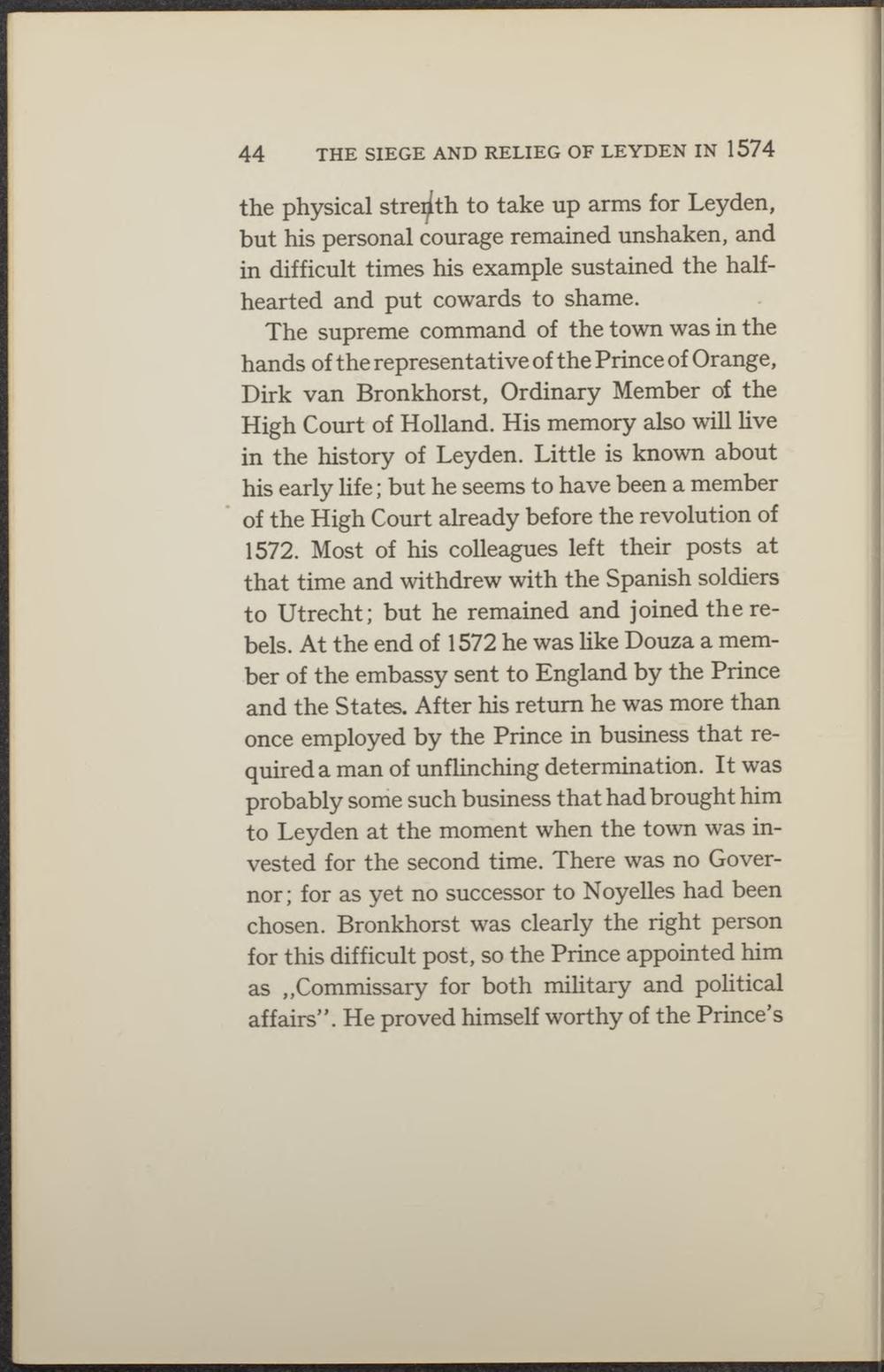 the physical stWth to take up arms for Leyden, but his personal courage remained unshaken, and in difficult times his example sustained the halfhearted and put cowards to shame.

The suprème command of the town was in the hands of the representative of the Prince of Orange, Dirk van Bronkhorst, Ordinary Member of the High Court of Holland. His memory also will live in the history of Leyden. Little is known about bis early Hf e; but he seems to have been a member of the High Court already before the revolution of 1572. Most of his colleagues left their posts at that time and withdrew with the Spanish soldiers to Utrecht; but he remained and joined the rebels. At the end of 1572 he was like Douza a member of the embassy sent to England by the Prince and the States. After bis return he was more than once employed by the Prince in business that requireda man of unflinching determination. It was probably sonie such business that had brought him to Leyden at the moment when the town was invested for the second time. There was no Governor; for as yet no successor to Noyelles had been chosen. Bronkhorst was clearly the right person for this difficult post, so the Prince appointed him as „Commissary for both military and political af fairs". He proved himself worthy of the Prince's