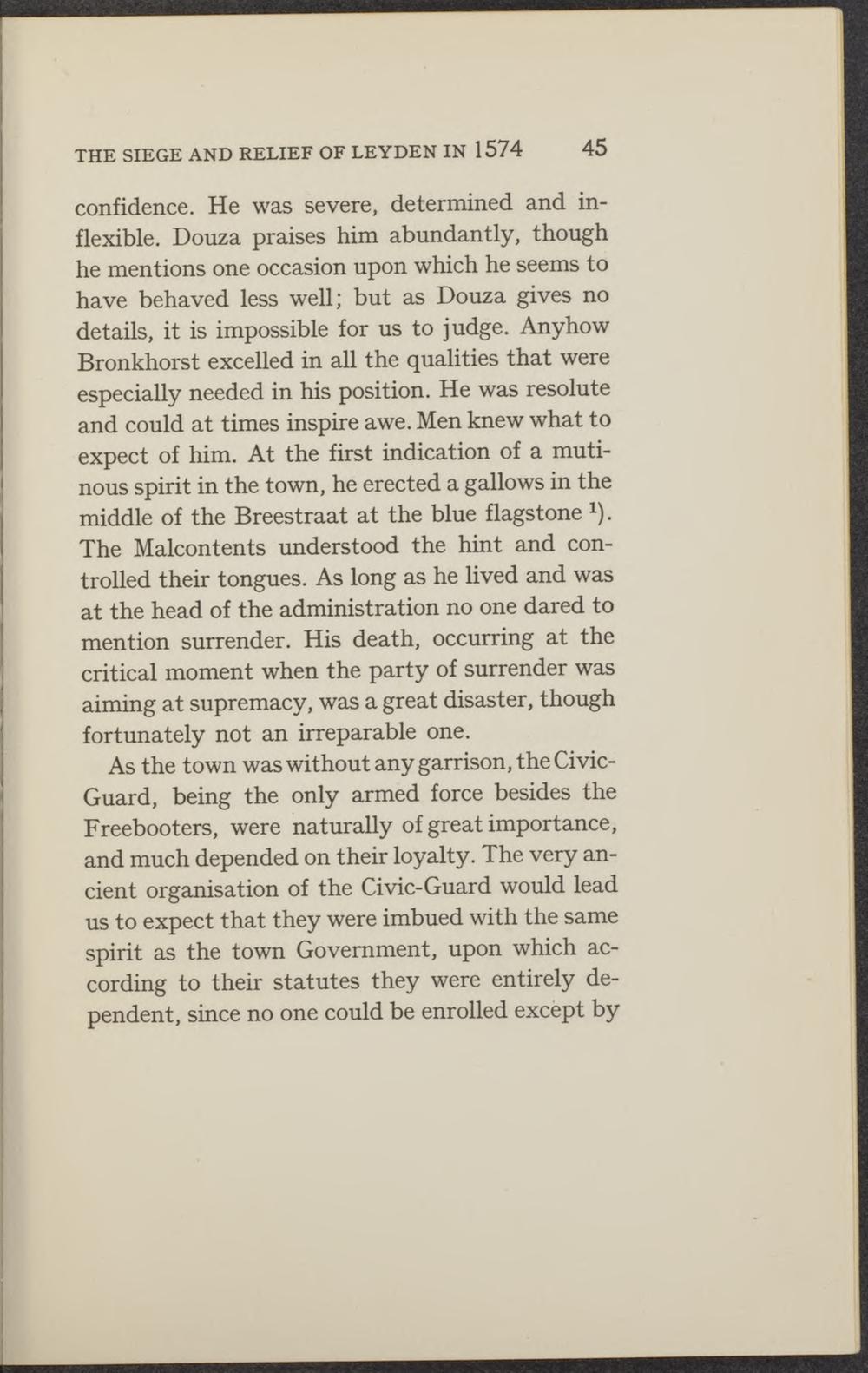 confidence. He was severe, determined and inflexible. Douza praises him abundantly, though he mentions one occasion upon which he seems to have behaved less well; but as Douza gives no details, it is impossible for us to judge. Anyhow Bronkhorst excelled in all the qualities that were especially needed in his position. He was resolute and could at times inspire awe. Men knew what to expect of him. At the first indication of a mutinous spirit in the town, he erected a gallows in the middle of the Breestraat at the blue flagstone1). The Malcontents understood the hint and controlled their tongues. As long as he üved and was at the head of the adnünistration no one dared to mention surrender. His death, CKXurring at the critical moment when the party of surrender was aiming at supremacy, was a great disaster, though fortunately not an irreparable one.

As the town was without any garrison, the CivicGuard, being the only armed force besides the Freebooters, were naturally of great importance, and much depended on their loyalty. The very ancient organisation of the Civic-Guard would lead us to expect that they were imbued with the same spirit as the town Government, upon which according to their statutes they were entirely dependent, since no one could be enrolled except by