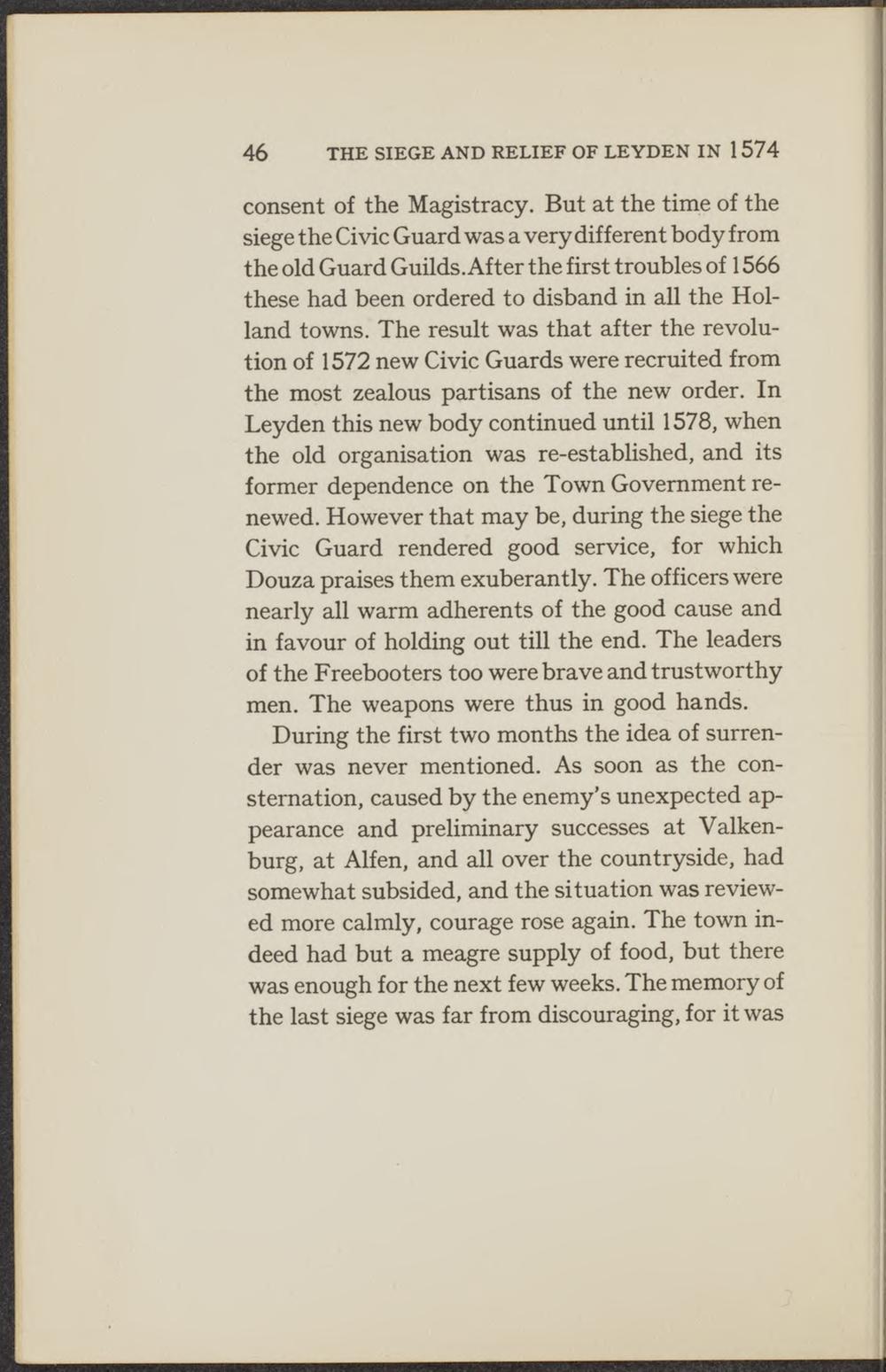 consent of the Magistracy. But at the time of the siege the Civic Guard was a very different body from the old Guard Guilds. Af ter the first troubles of 1566 these had been ordered to disband in all the Holland towns. The result was that after the revolution of 1572 new Civic Guards were recruited from the most zealous partisans of the new order. In Leyden this new body continued until 1578, whën the old organisation was re-established, and fts f ormer dependence on the Town Government renewed. However that may be, during the siege the Civic Guard rendered good service, for which Douza praises them exuberantly. The officers wère nearly all warm adherents of the good cause and in f avour of holding out till the end. The leaders of the Freebooters too were brave and trustworthy men. The weapons were thus in good hands.

During the first two months the idea of surrender was never mentioned. As soon as the consternation, caused by the enemy's unexpected appearance and preliminary successes at Valkenburg, at Alfen, and all over the countryside, had somewhat subsided, and the situation was reviewed more calmly, courage rose again. The town indeed had but a meagre supply of food, but there was enough for the next few weeks. The memory of the last siege was far from discouraging, for it was