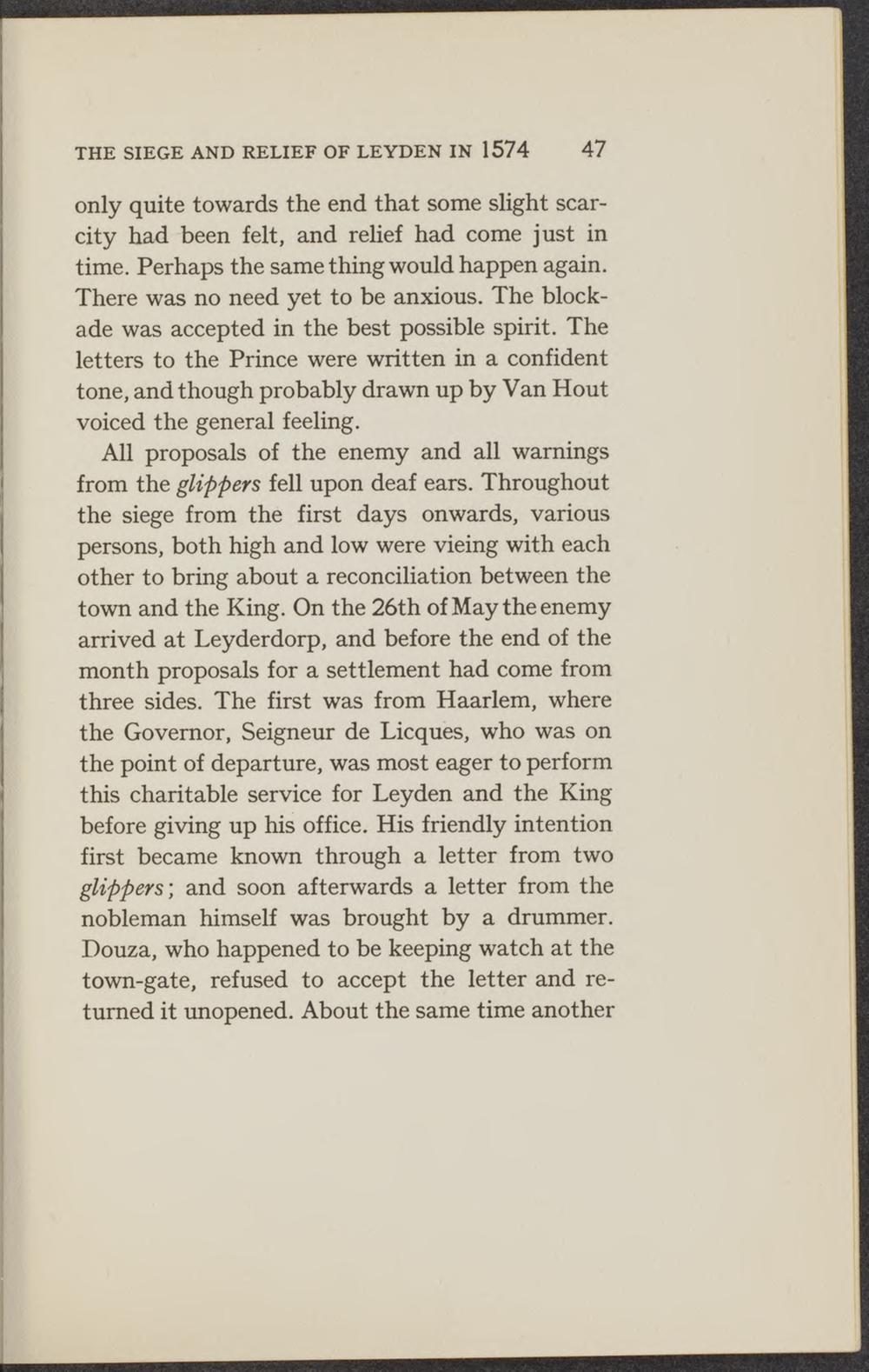 only quite towards the end that some slight scarcity had been feit, and reliëf had come just in time. Perhaps the same thing would happen again. There was no need yet to be anxious. The blockade was accepted in the best possible spirit. The letters to the Prince were written in a confident tone, and though probably drawn up by Van Hout voiced the general feeling.

All proposals of the enemy and all warnings from the glippers feil upon deaf ears. Throughout the siege from thé first days onwards, various persons, both high and low were vieing with each other to bring about a reconciliation between the town and the King. On the 26th of May the enemy arrived at Leyderdorp, and before the end of the month proposals for a settlement had come from three sides. The first was from Haarlem, where the Governor, Seigneur de Licques, who was on the point of departure, was most eager to perform this charitable service for Leyden and the King before giving up bis office. His friendly intention first became known through a letter from two glippers) and soon afterwards a letter from the nobleman himself was brought by a drummer. Douza, who happened to be keeping watch at the town-gate, refused to accept the letter and returned it unopened. About the same time another