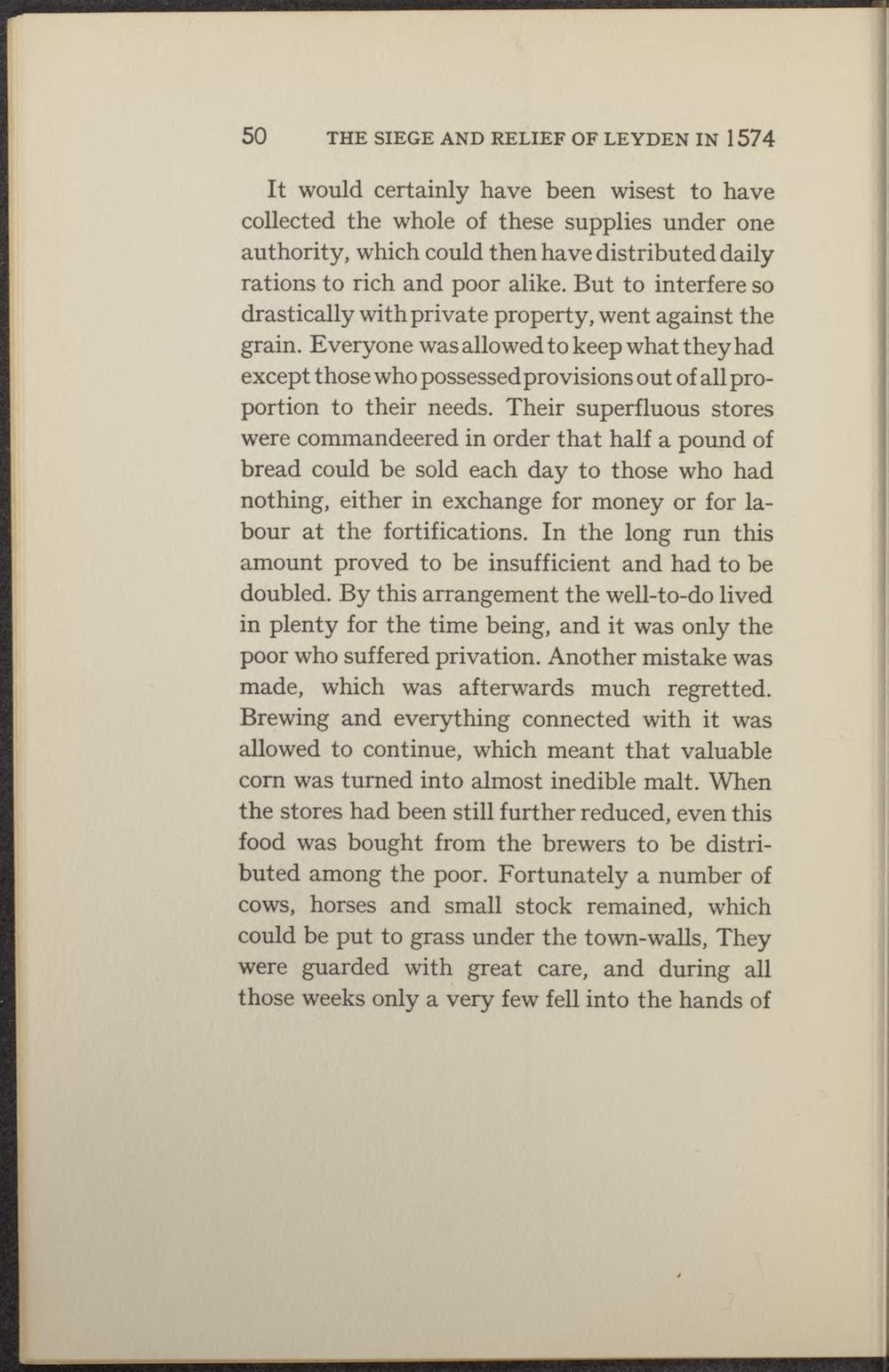 It would certainly have been wisest to have collected the whole of these supplies under one authority, which could then have distributeddaily rations to rich and poor alike. But to interfere so drastically with private property, went against the grain. Everyone was allo wed to keep what they had except those who possessedprovisions out of all proportion to their needs. Their superfluous stores were commandeered in order that half a pound of bread could be sold each day to those who had nothing, either in exchange for money or for labour at the fortifications. In the long run this amount proved to be insufficiënt and had to be doubled. By this arrangement the well-to-do lived in plenty for the time being, and it was only the poor who suffered privation. Another mistake was made, which was afterwards much regretted. Brewing and everything connected with it was allowed to continue, which meant that valuable corn was turned into almost inedible malt. When the stores had been still further reduced, even this food was bought from the brewers to be distributed among the poor. Fortunately a number of cows, horses and small stock remained, which could be put to grass under the town-walls, They were guarded with great care, and during all those weeks only a very few feil into the hands of