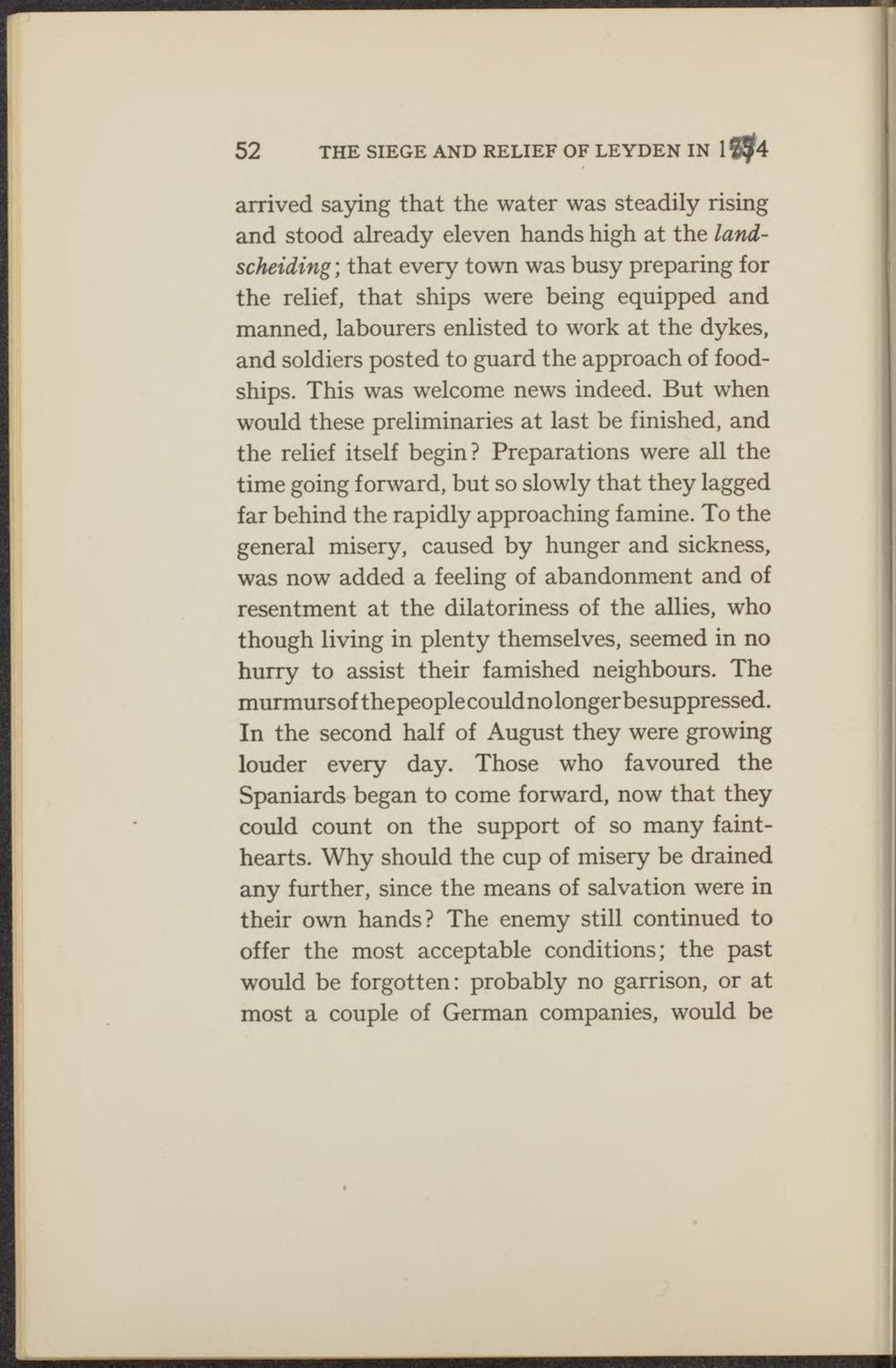 arrived saying that the water was steadily rising and stood already eleven hands high at the landscheiding ; that every town was busy preparing for the reliëf, that ships were being equipped and manned, labourers enlisted to work at the dykes, and soldiers posted to guard the approach of foodships. This was welcome news indeed. But when would these preliminaries at last be f inished, and the reliëf itself begin? Preparations were all the time going f orward, but so slowly that they lagged far behind the rapidly approaching famine. To the general misery, caused by hunger and sickness, was now added a feeling of abandonment and of resentment at the dilatoriness of the allies, who though living in plenty themselves, seemed in no huny to assist their famished neighbours. The murmursofthepeoplecouldnolongerbesuppressed. In the second half of August they were growing louder every day. Those who favoured the Spaniards began to come forward, now that they could count on the support of so many fainthearts. Why should the cup of misery be drained any further, since the means of salvation were in their own hands? The enemy stül continued to offer the most acceptable conditions; the past would be forgotten: probably no garrison, or at most a couple of German companies, would be