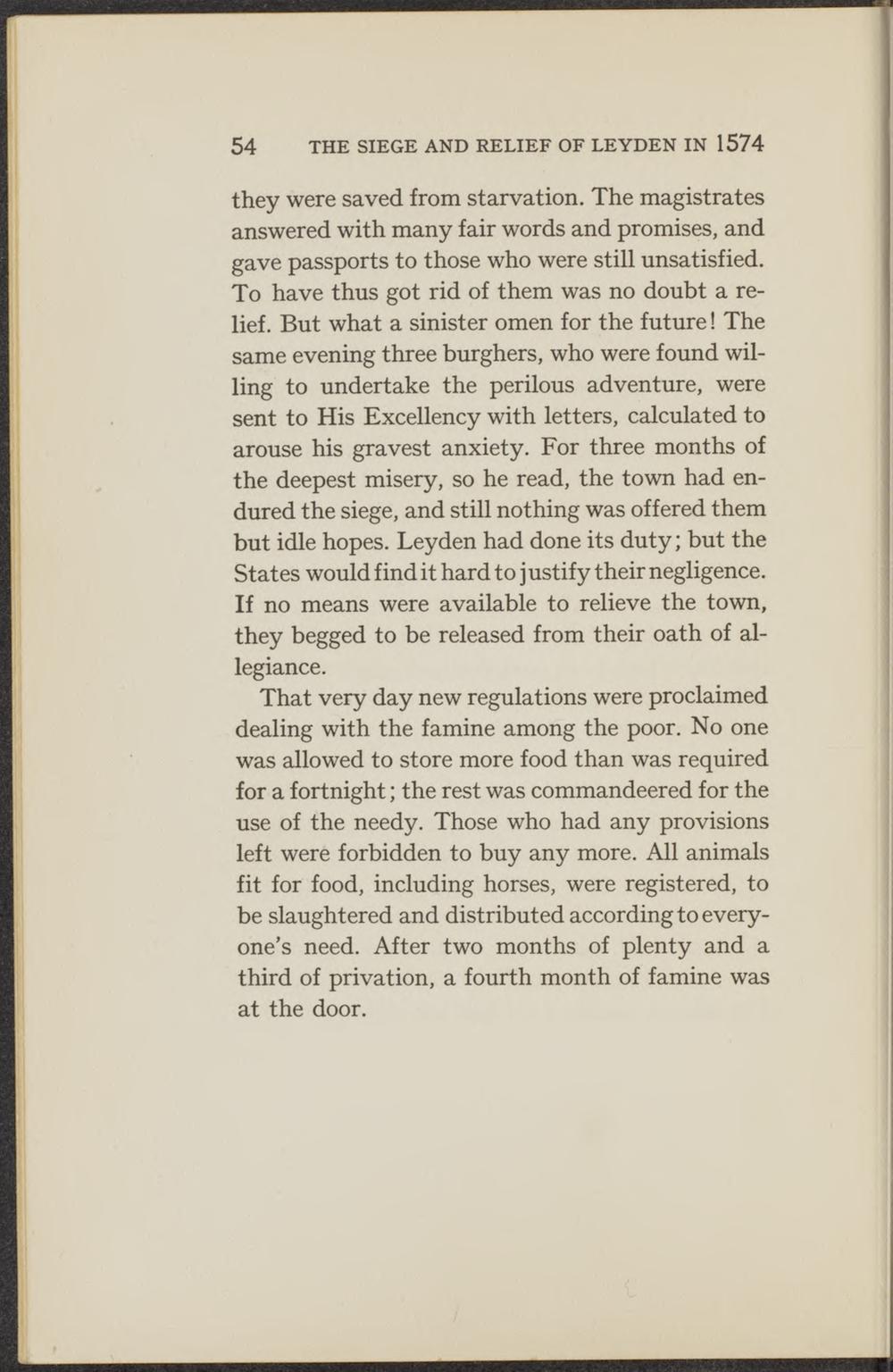 they were saved from starvation. The magistrates answered with many fair words and promises, and gave passports to those who were still unsatisfied. To have thus got rid of them was no doubt a relief. But what a sinister omen for the future! The same evening three burghers, who were found willing to undertake the perilous adventure, were sent to His Excellency with letters, calculated to arouse his gravest anxiety. For three months of the deepest misery, so he read, the town had endured the siege, and still nothing was offered them but idle hopes. Leyden had done its duty; but the States wouldfindit hardto justify theirnegligence. If no means were available to relieve the town, they begged to be released from their oath of allegiance.

That very day new regulations were proclaimed dealing with the famine among the poor. No one was allowed to store more food than was required for a fortnight; the rest was commandeered for the use of the needy. Those who had any provisions left were forbidden to buy any more. All animals fit for food, including horses, were registered, to be slaughtered and distributed accordingtoeveryone's need. After two months of plenty and a third of privation, a fourth month of famine was at the door.