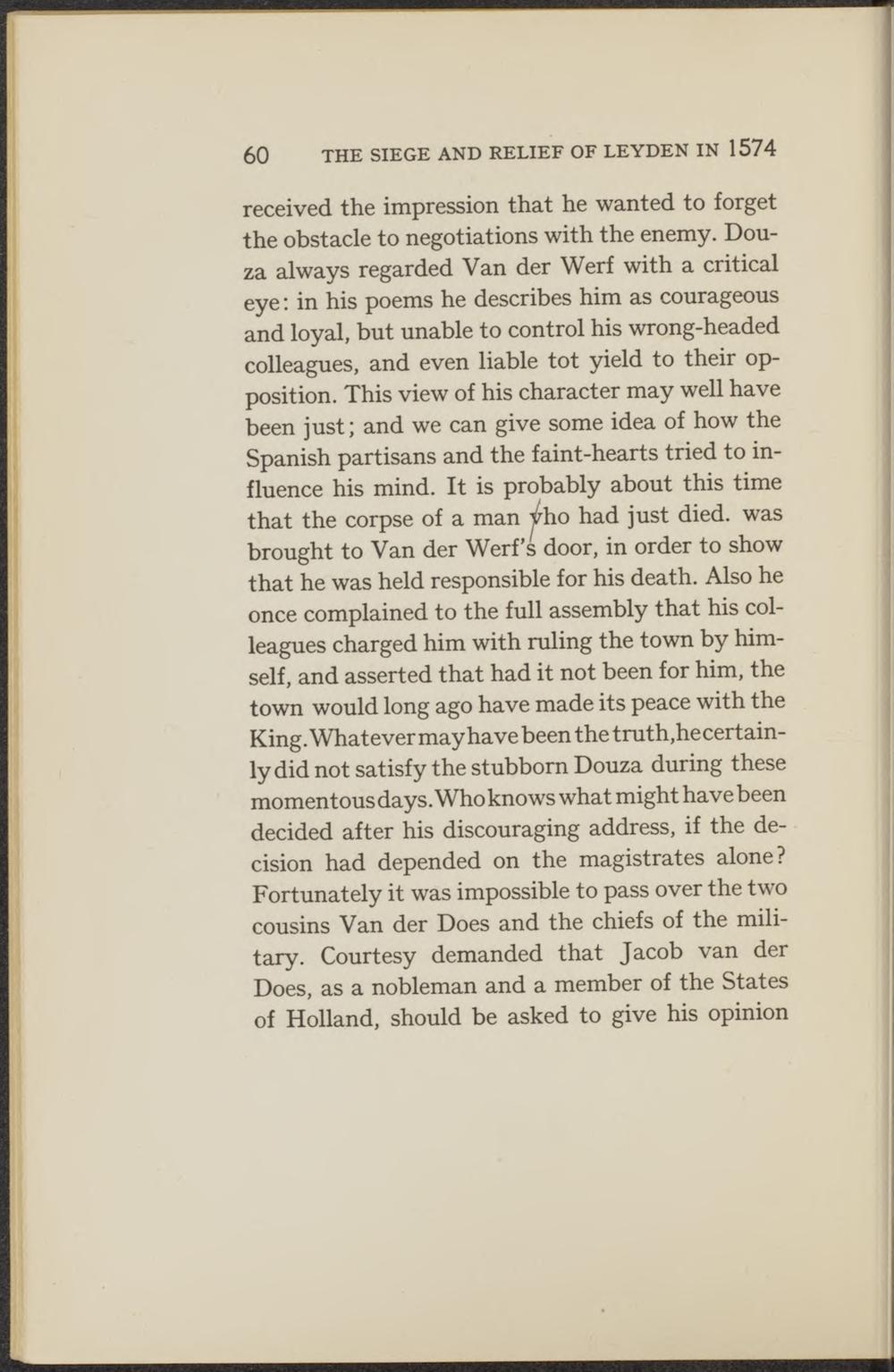 received the impression that he wanted to forget the obstacle to negotiations with the enemy. Douza always regarded Van der Werf with a critical eye: in his poems he describes him as courageous and loyal, but unable to control bis wrong-headed colleagues, and even liable tot yield to their opposition. This view of bis character may well have been just; and we can give some idea of how the Spanish partisans and the faint-hearts tried to influence his mind. It is probably about this time that the corpse of a man vho had just died. was brought to Van der Werf's door, in order to show that he was held responsible for bis death. Also he once complained to the full assembly that his colleagues charged him with ruling the town by himself, and asserted that had it not been for him, the town would long ago have made its peace with the King. Whatever may have been the truth.hecertainly did not satisfy the stubborn Douza during these momentous days. Who knows what might have been decided after his discouraging address, if the decision had depended on the magistrates alone? Fortunately it was impossible to pass over the two cousins Van der Does and the chiefs of the military. Courtesy demanded that Jacob van der Does, as a nobleman and a member of the States of Holland, should be asked to give bis opinion