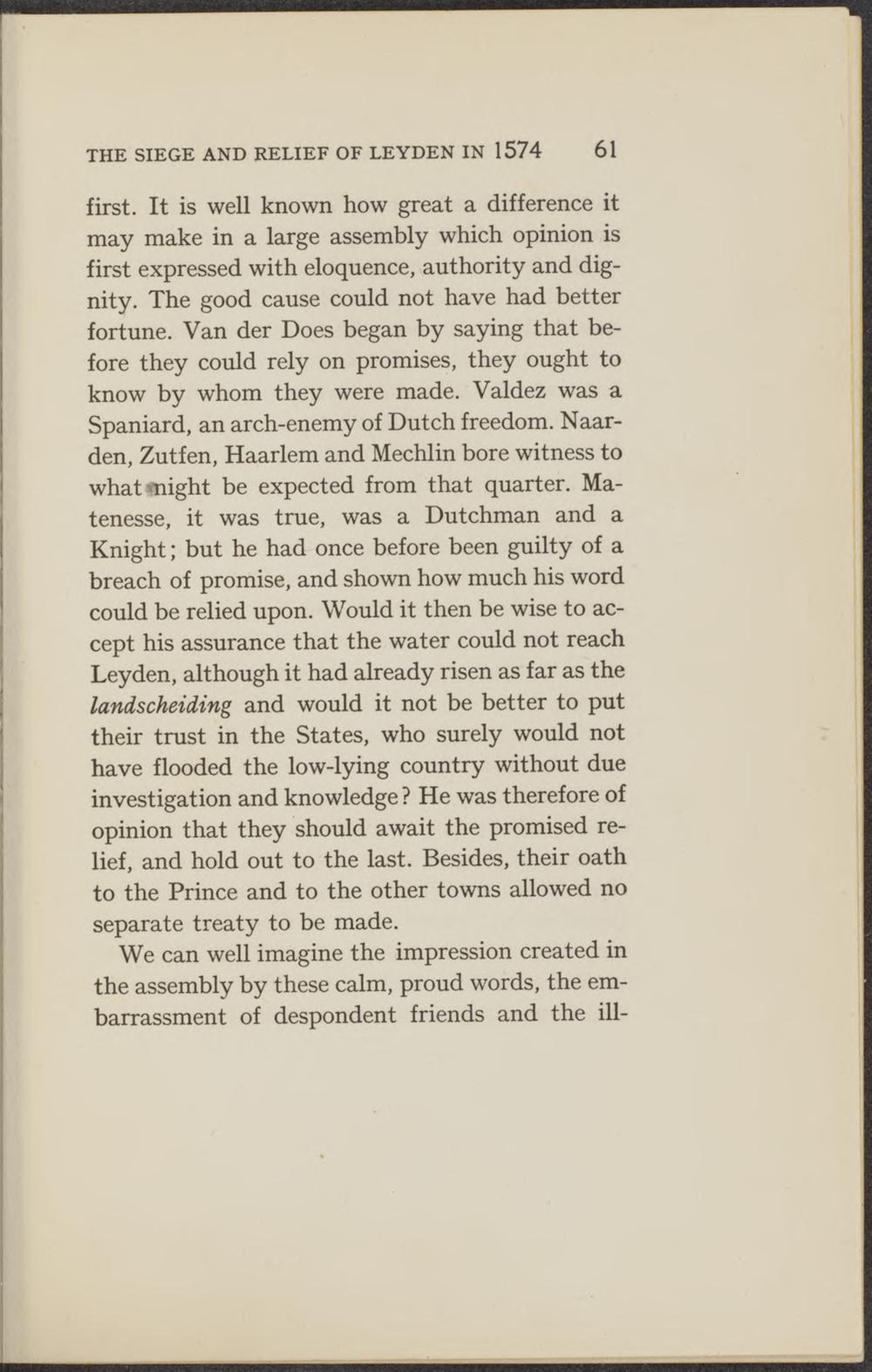 first. It is well known how great a difference it may make in a large assembly which opinion is first expressed with eloquence, authority and dignity. The good cause could not have had better fortune. Van der Does began by saying that before they could rely on promises, they ought to know by whom they were made. Valdez was a Spaniard, an arch-enemy of Dutch freedom. Naarden, Zutfen, Haarlem and Mechlin bore witness to what«iight be expected from that quarter. Matenesse, it was true, was a Dutchman and a Knight; but he had once before been guilty of a breach of promise, and shown how much his word could be relied upon. Would it then be wise to accept his assurance that the water could not reach Leyden, although it had already risen as far as the landscheiding and would it not be better to put their trust in the States, who surely would not have flooded the low-lying country without due investigation and knowledge ? He was therefore of opinion that they should await the promised relief, and hold out to the last. Besides, their oath to the Prince and to the other towns allowed no separate treaty to be made.

We can well imagine the impression created in the assembly by these calm, proud words, the embarrassment of despondent friends and the ill-