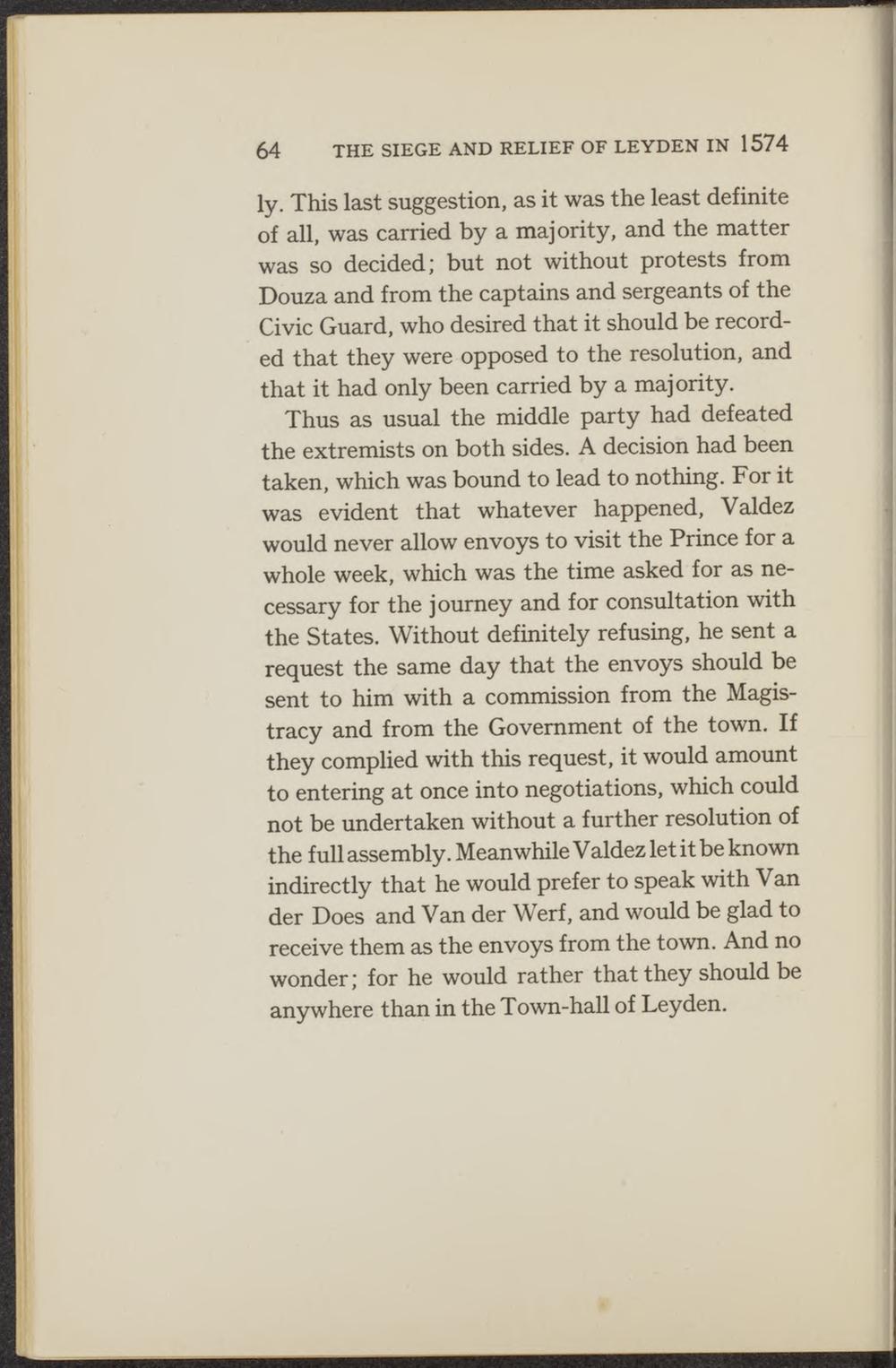 ry. This last suggestion, as it was the least definite of all, was carried by a majority, and the matter was so decided; but not without protests from Douza and from the captains and sergeants of the Civic Guard, who desired that it should be recorded that they were opposed to the resolution, and that it had only been carried by a majority.

Thus as usual the middle party had defeated the extremists on both sides. A decision had been taken, which was bound to lead to nothing. For it was evident that whatever happened, Valdez would never allow envoys to visit the Prince for a whole week, which was the time asked for as necessary for the journey and for consultation with the States. Without definitely refusing, he sent a request the same day that the envoys should be sent to bim with a commission from the Magistracy and from the Government of the town. If they complied with this request, it would amount to entering at once into negotiations, which could not be undertaken without a further resolution of the full assembly. Meanwhile Valdez let it be known indirectly that he would pref er to speak with Van der Does and Van der Werf, and would be glad to receive them as the envoys from the town. And no wonder; for he would rather that they should be anywhere than in the Town-hall of Leyden.