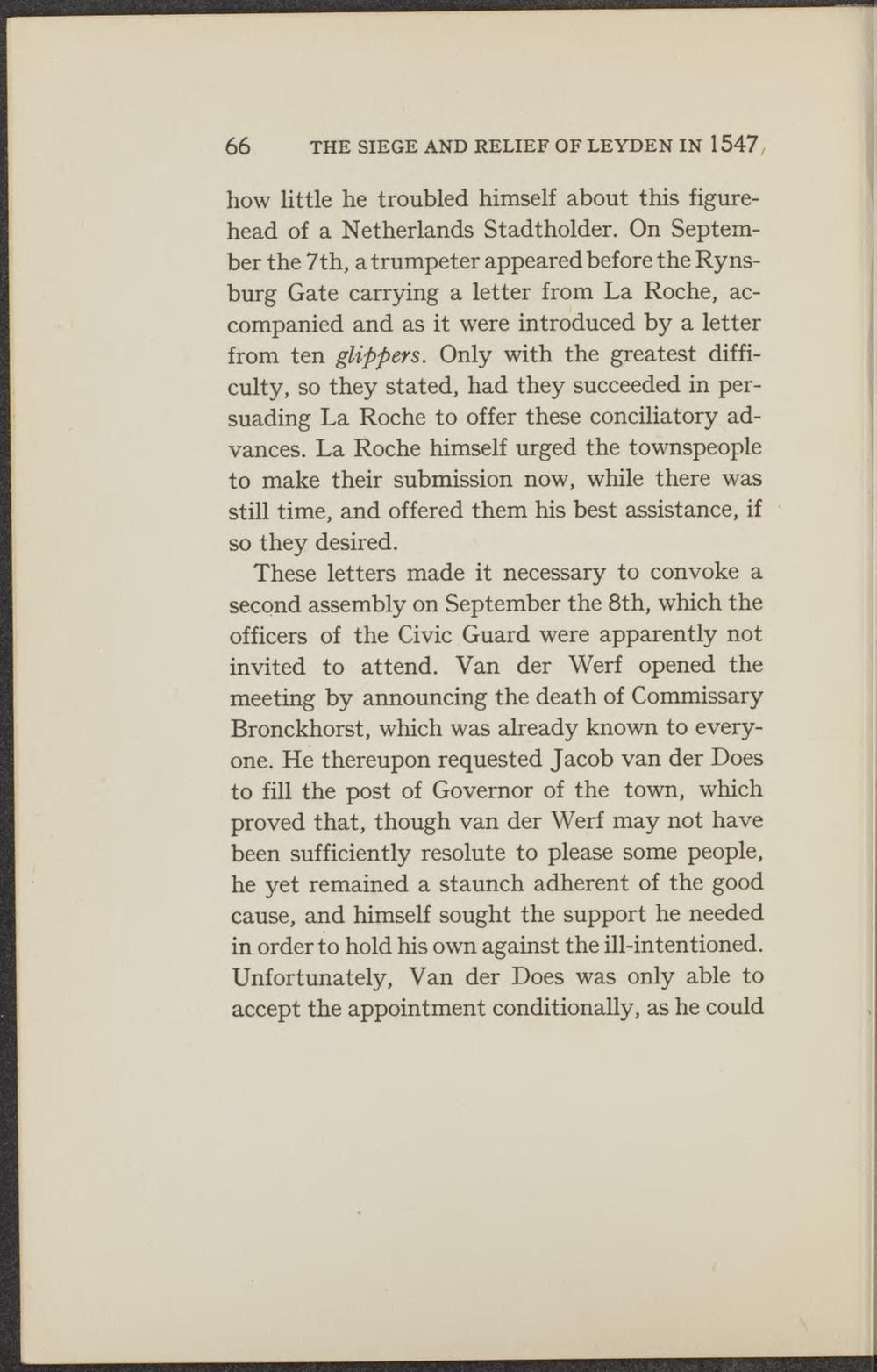 how little he troubled himself about this figurehead of a Netherlands Stadtholder. On September the 7th, atrumpeter appeared before the Rynsburg Gate carrying a letter from La Roche, accompanied and as it were introduced by a letter from ten glippers. Only with the greatest difficulty, so they stated, had they succeeded in persuading La Roche to offer these conciliatory advances. La Roche himself urged the townspeople to make their submission now, while there was still time, and offered them his best assistance, if so they desired.

These letters made it necessary to convoke a second assembly on September the 8th, which the officers of the Civic Guard were apparently not invited to attend. Van der Werf opened the meeting by announcing the death of Commissary Bronckhorst, which was already known to everyone. He thereupon requested Jacob van der Does to fill the post of Governor of the town, which proved that, though van der Werf may not have been sufficiently resolute to please some people, he yet remained a staunch adherent of the good cause, and himself sought the support he needed in order to hold his own against the ill-intentioned. Unfortunately, Van der Does was only able to accept the appointment conditionally, as he could