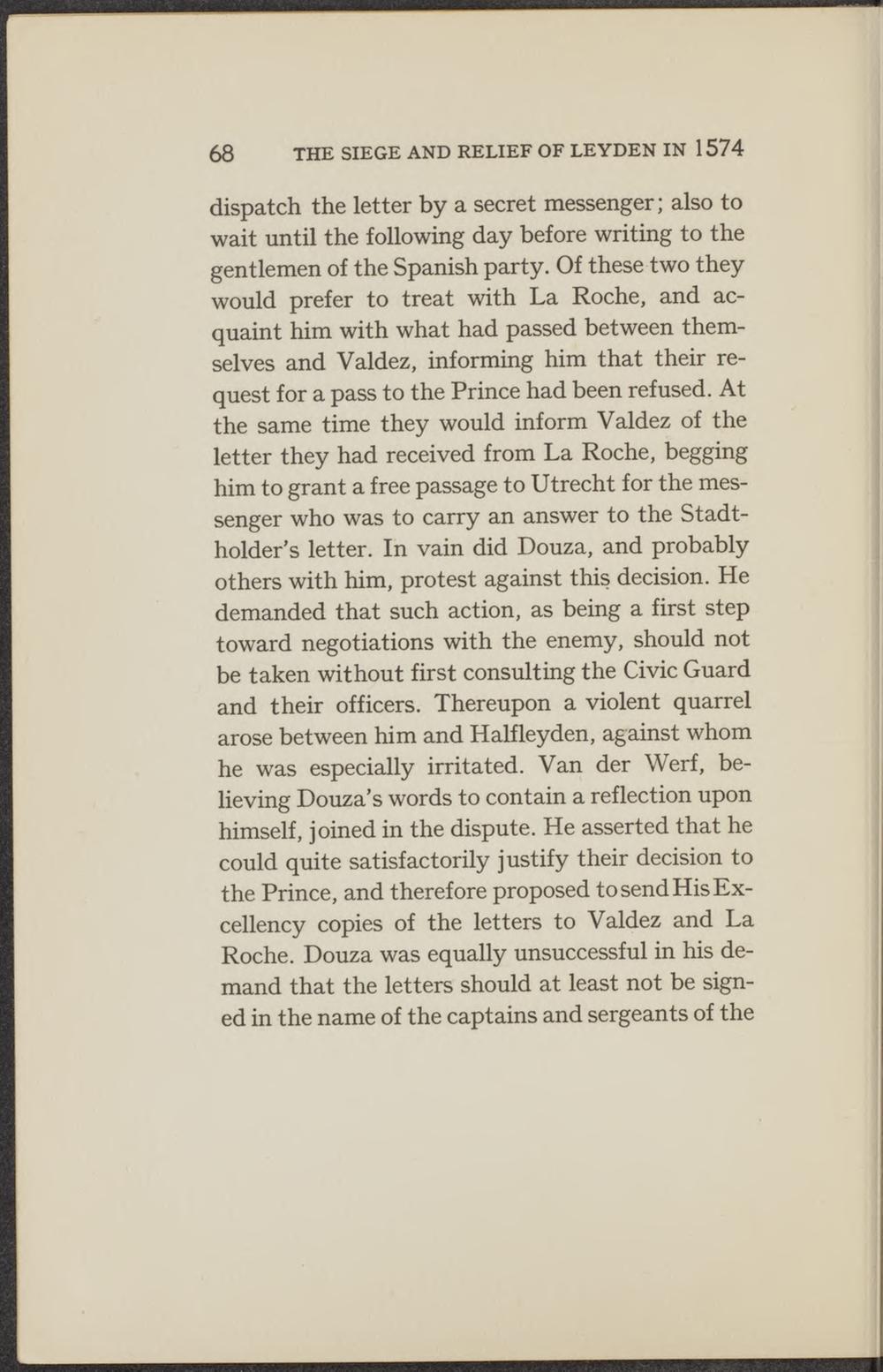 dispatch the letter by a secret messenger; also to wait until the following day before writing to the gentlemen of the Spanish party. Of these two they would prefer to treat with La Roche, and acquaint him with what had passed between themselves and Valdez, inforrning him that their request for a pass to the Prince had been refused. At the Same time they would inform Valdez of the letter they had received from La Roche, begging him to grant a free passage to Utrecht for the messenger who was to carry an answer to the Stadtholder's letter. In vain did Douza, and probably others with him, protest against this decision. He demanded that such action, as being a first step toward negotiations with the enemy, should not be taken without first consulting the Civic Guard and their officers. Thereupon a violent quarrel arose between him and Halfleyden, against whom he was especially irritated. Van der Werf, believing Douza's words to contain a reflection upon himself, joined in the dispute. He asserted that he could quite satisfactorily justify their decision to the Prince, and therefore proposed tosendHisExcellency copies of the letters to Valdez and La Roche. Douza was equally unsuccessful in his demand that the letters should at least not be signed in the name of the captains and sergeants of the