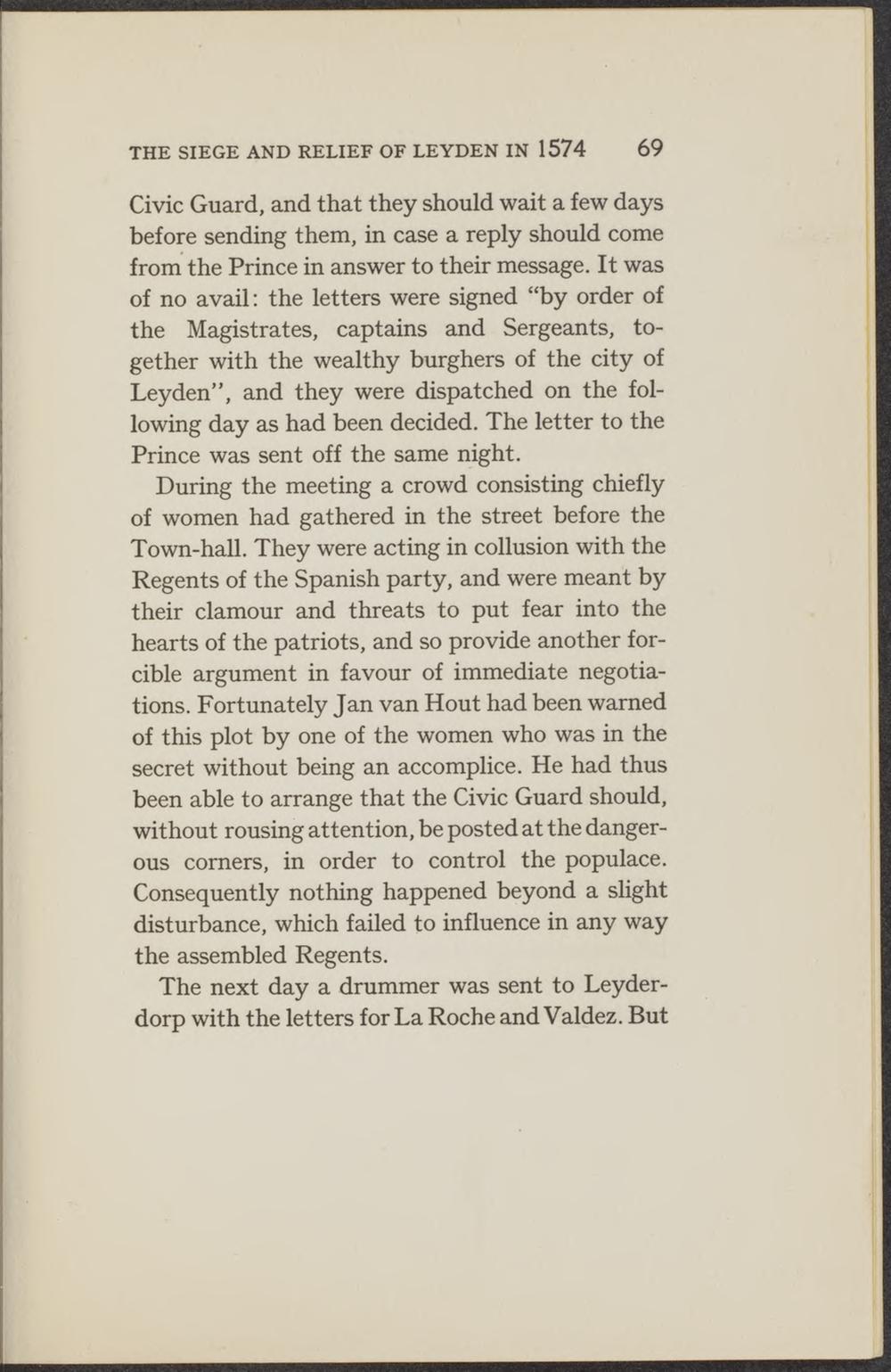 Civic Guard, and that they should wait a few days before sending them, in case a reply should come from the Prince in answer to their message. It was of no avail: the letters were signed "by order of the Magistrates, captains and Sergeants, together with the wealthy burghers of the city of Leyden", and they were dispatched on the following day as had been decided. The letter to the Prince was sent off the same night.

During the meeting a crowd consisting chiefly of women had gathered in the street before the Town-hall. They were acting in collusion with the Regents of the Spanish party, and were meant by their clamour and threats to put fear into the hearts of the patriots, and so provide another forcible argument in favour of immediate negotiations. Fortunately Jan van Hout had been warned of this plot by one of the women who was in the secret without being an accompüce. He had thus been able to arrange that the Civic Guard should, without rousing attention, be posted at the dangerous corners, in order to control the populace. Consequently nothing happened beyond a slight disturbance, which failed to influence in any way the assembled Regents.

The next day a drummer was sent to Leyderdorp with the letters for La Roche and Valdez. But