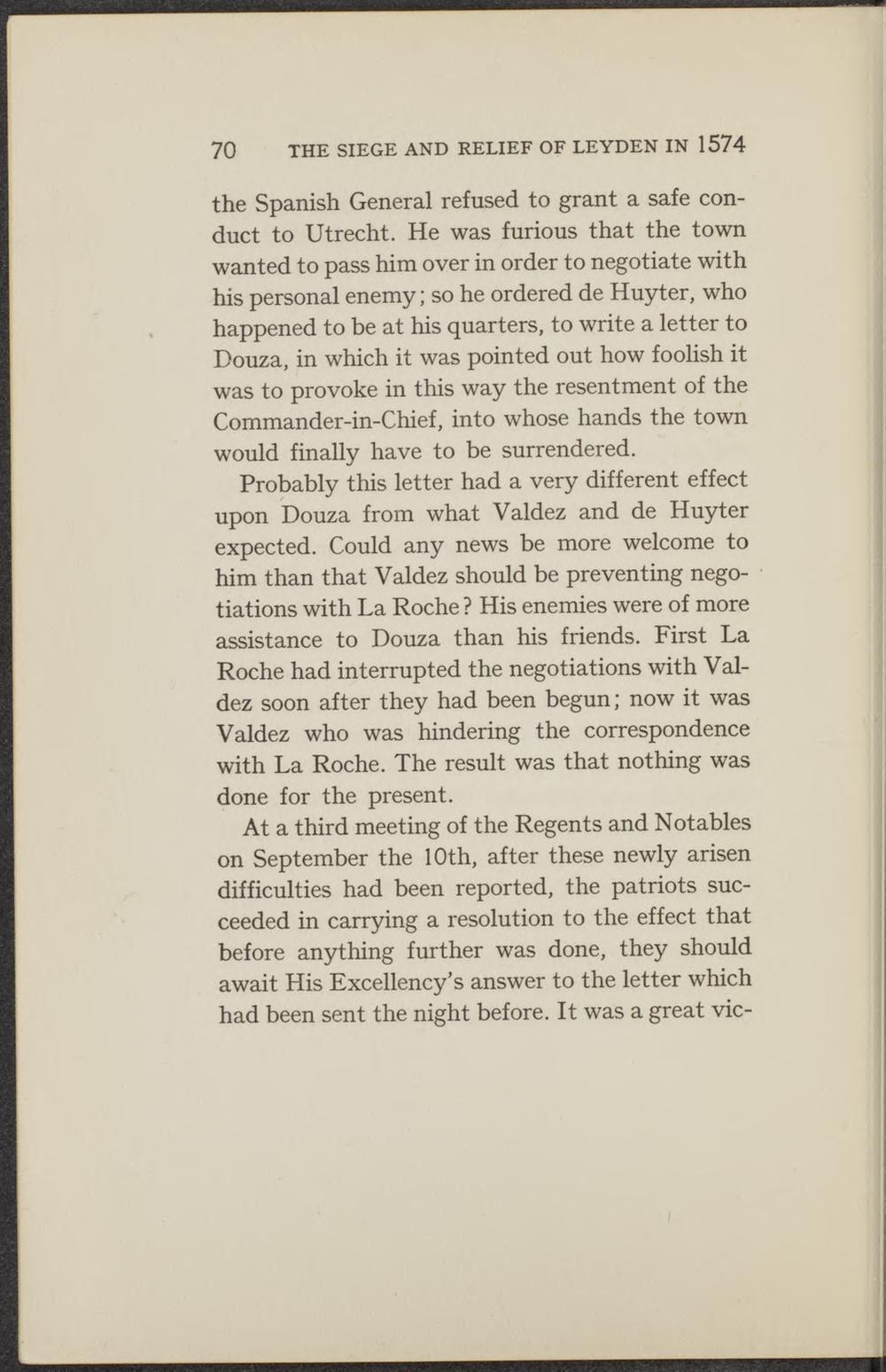 the Spanish General refused to grant a safe conduct to Utrecht. He was furious that the town wanted to pass him over in order to negotiate with his personal enemy; so he ordered de Huyter, who happened to be at his quarters, to write a letter to Douza, in which it was pointed out how foolish it was to provoke in this way the resentment of the Commander-in-Chief, into whose hands the town would finally have to be surrendered.

Probably this letter had a very different effect upon Douza from what Valdez and de Huyter expected. Could any news be more welcome to him than that Valdez should be preventing negotiations with La Roche ? His enemies were of more assistance to Douza than his friends. First La Roche had interrupted the negotiations with Valdez soon after they had been begun; now it was Valdez who was hindering the correspondence with La Roche. The result was that nothing was done for the present.

At a third meeting of the Regents and Notables on September the lOth, after these newly arisen difficulties had been reported, the patriots succeeded in carrying a resolution to the effect that before anything further was done, they should await His Excellency's answer to the letter which had been sent the night before. It was a great vic-