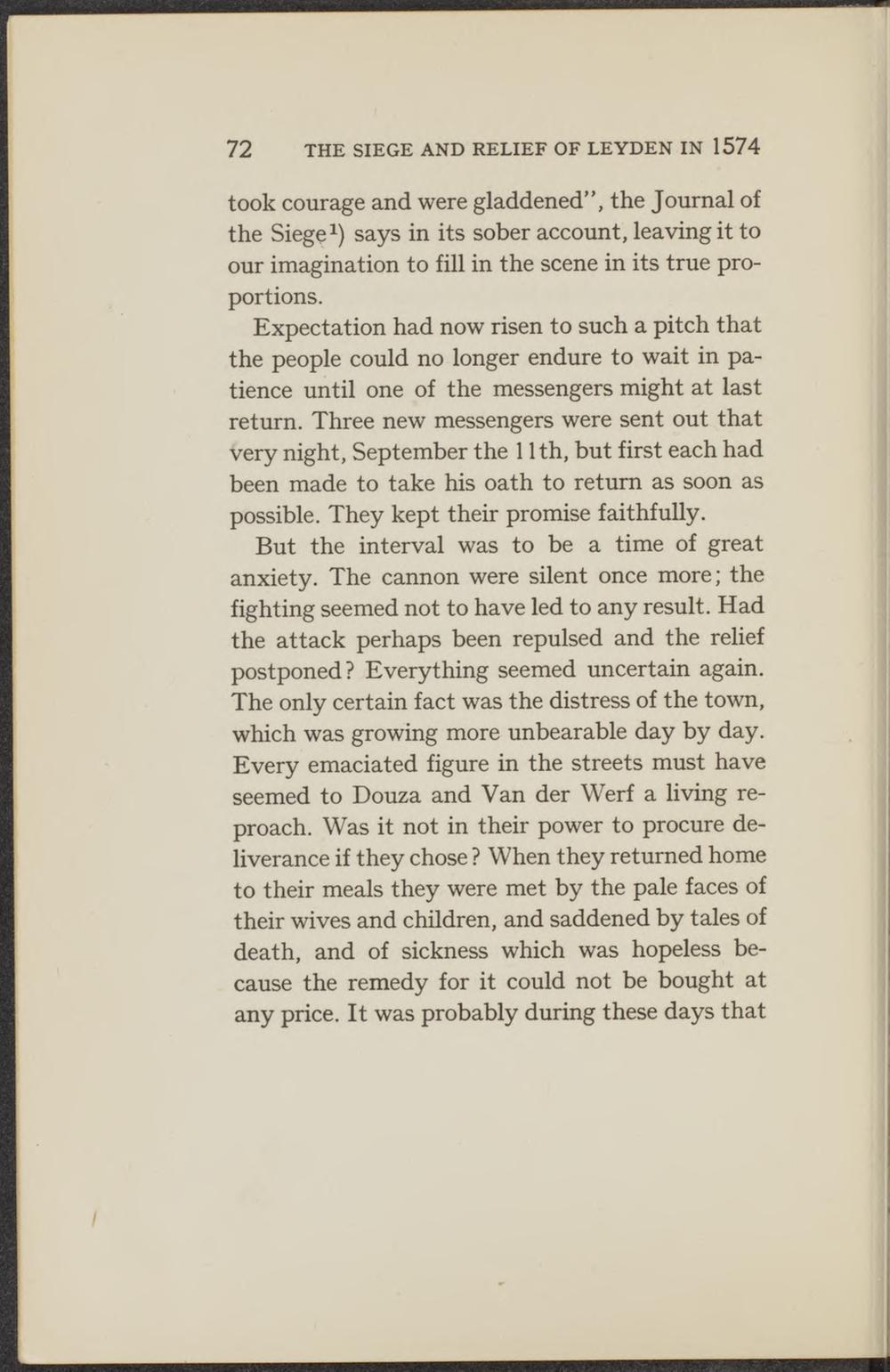 took courage and were gladdened", the Journal of the Siege1) says in its sober account, leavingit to our imagination to fill in the scène in its true proportions.

Expectation had now risen to such a pitch that the people could no longer endure to wait in patience until one pf the messengers might at last return. Three new messengers were sent out that very night, September the 11 th, but first each had been made to take his oath to return as soon as possible. They kept their promise faithfully.

But the interval was to be a time of great anxiety. The cannon were silent once more; the fighting seemed not to have led to any result. Had the attack perhaps been repulsed and the reliëf postponed? Everything seemed uncertain again. The only certain fact was the distress of the town, which was growing more unbearable day by day. Every emaciated figure in the streets must have seemed to Douza and Van der Werf a living reproach. Was it not in their power to procure deliverance if they chose ? When they returned home to their meals they were met by the pale f aces of their wives and children, and saddened by tales of death, and of sickness which was hopeless because the remedy for it could not be bought at any price, It was probably during these days that