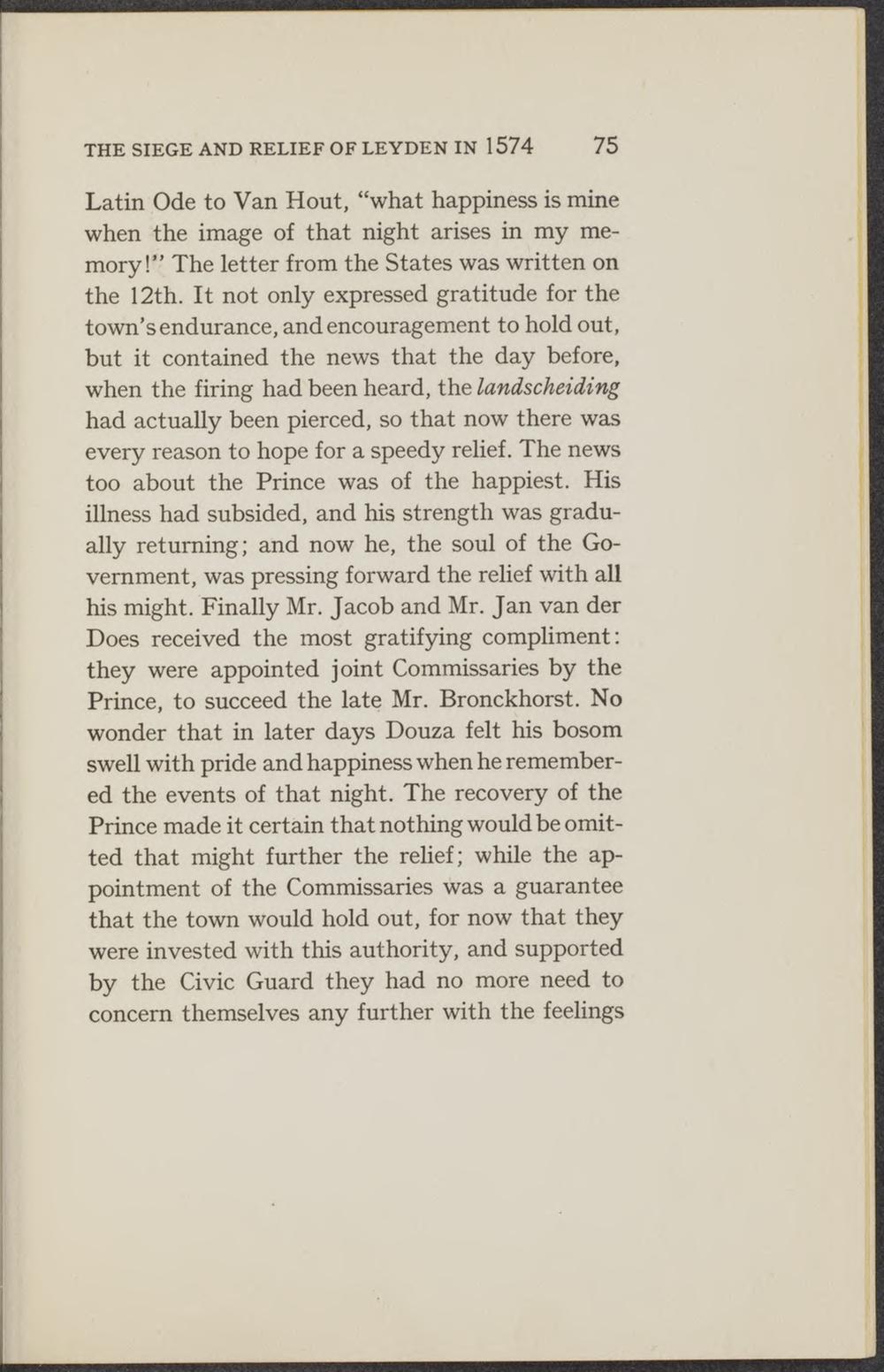 Latin Ode to Van Hout, "what happiness is mine when the image of that night arises in my memory!" The letter from the States was written on the 12th. It not only expressed gratitude for the town'sendurance, andencouragement to hold out, but it contained the news that the day before, when the firing had been heard, the landscheiding had actually been pierced, so that now there was every reason to hope for a speedy reliëf. The news too about the Prince was of the happiest. His illness had subsided, and his strength was gradually returning; and now he, the soul of the Government, was pressing forward the reliëf with all his might. Finally Mr. Jacob and Mr. Jan van der Does received the most gratifying compliment: they were appointed joint Comnüssaries by the Prince, to succeed the late Mr. Bronckhorst. No wonder that in later days Douza feit his bosom swell with pride and happiness when he remembered the events of that night. The recovery of the Prince made it certain that nothing would be omitted that might further the reliëf; while the appointment of the Commissaries was a guarantee that the town would hold out, for now that they were invested with this authority, and supported by the Civic Guard they had no more need to concern themselves any further with the feelings