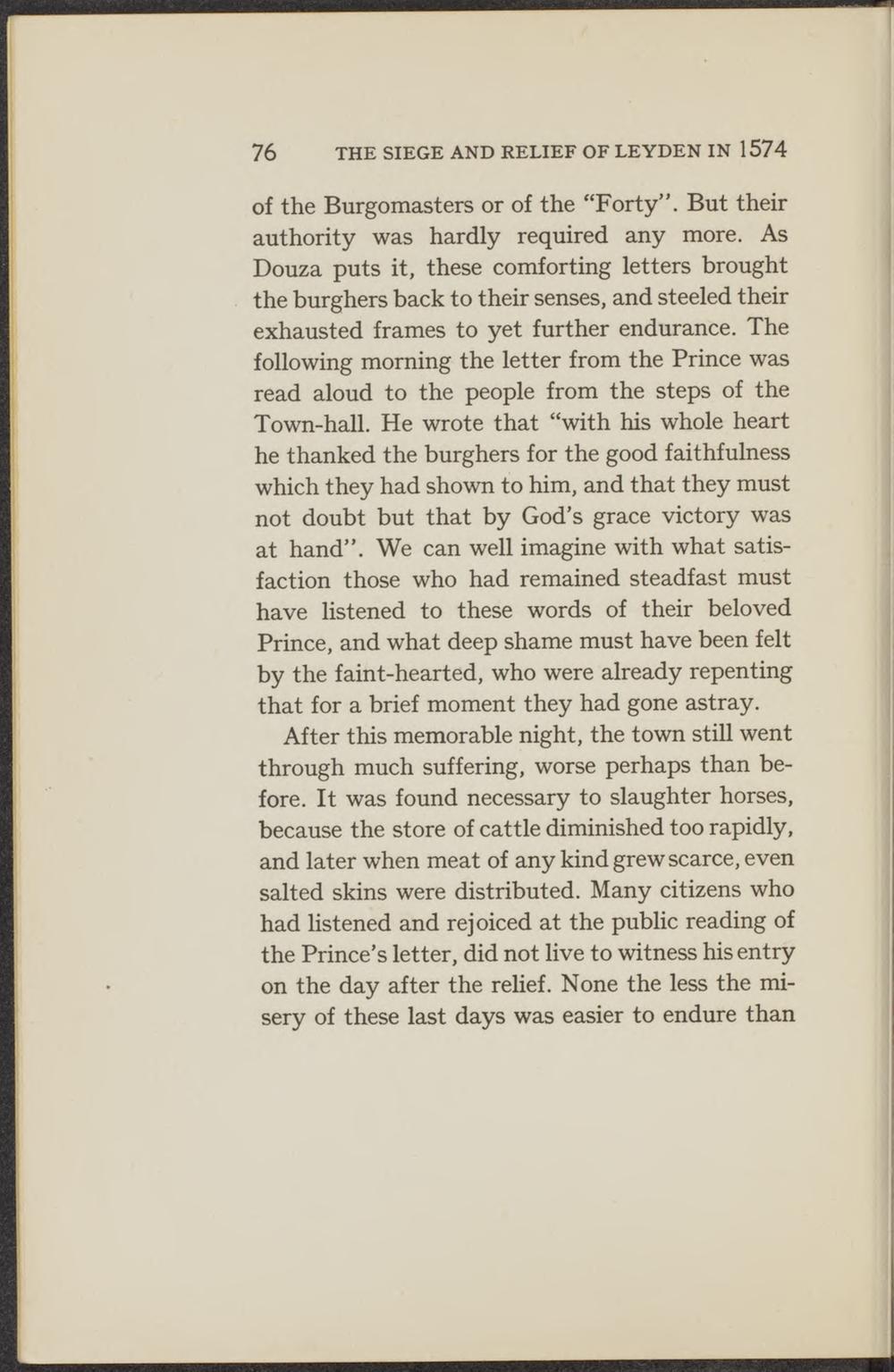 of the Burgomasters or of the "Forty". But their authority was hardly required any more. As Douza puts it, these comforting letters brought the burghers back to their senses, and steeled their exhausted frames to yet further endurance. The following morning the letter from the Prince was read aloud to the people from the steps of the Town-hall. He wrote that "with his whole heart he thanked the burghers for the good faitbiulness which they had shown to him, and that they must not doubt but that by God's grace victory was at hand". We can well imagine with what satisfaction those who had remained steadfast must have listened to these words of their beloved Prince, and what deep shame must have been feit by the faiht-hearted, who were already repenting that for a brief moment they had gone astray.

After this memorable night, the town still went through much suffering, worse perhaps than before. It was found necessary to slaughter horses, because the store of cattle diminished too rapidly, and later when meat of any kind grewscarce, even salted skins were distributed. Many citizens who had listened and rejoiced at the public reading of the Prince's letter, did not live to witness his entry on the day after the reliëf. None the less the misery of these last days was easier to endure than