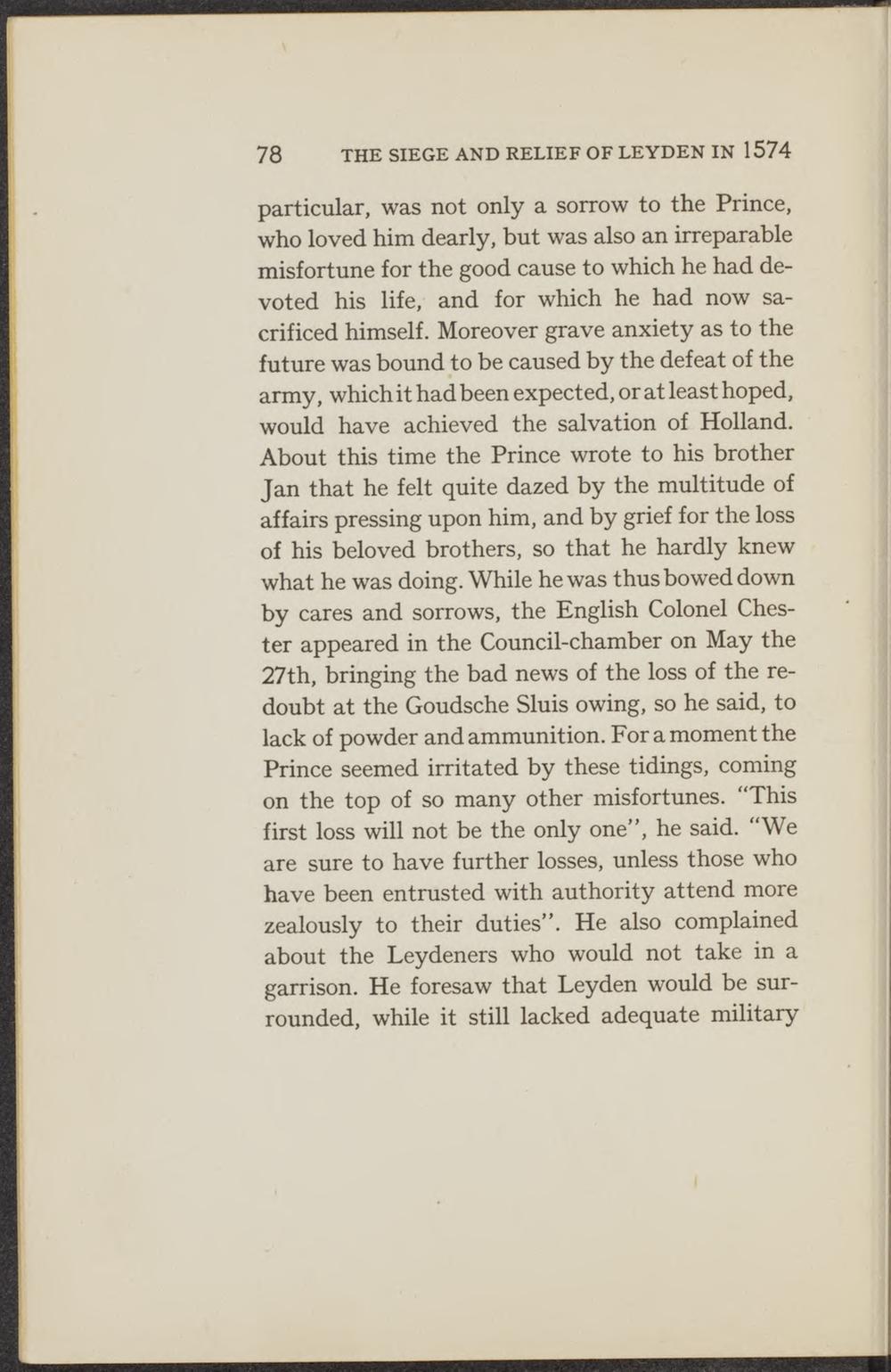 particulax, was not only a sorrow to the Prince, who loved him dearly, but was also an irreparable misfortune for the good cause to which he had devoted his life, and for which he had now sacrificed himself. Moreover grave anxiety as to the future was bound to be caused by the defeat of the army, which it had been expected, or at least hoped, would have achieved the salvation of Holland. About this time the Prince wrote to his brother Jan that he feit quite dazed by the multitude of af fairs pressing upon him, and by grief for the loss of his beloved brothers, so that he hardly knew what he was doing. While he was thus bowed down by cares and sorrows, the English Colonel Chester appeared in the Council-chamber on May the 27th, bringing the bad news of the loss of the redoubt at the Goudsche Sluis owing, so he said, to lack of powder and ammunition. For a moment the Prince seemed irritated by these tidings, coming on the top of so many other misfortunes. "This first loss will not be the only one", he said. "We are sure to have further losses, unless those who have been entrusted with authority attend more zealously to their duties". He also complained about the Leydeners who would not take in a garrison. He foresaw that Leyden would be surrounded, while it still lacked adequate military