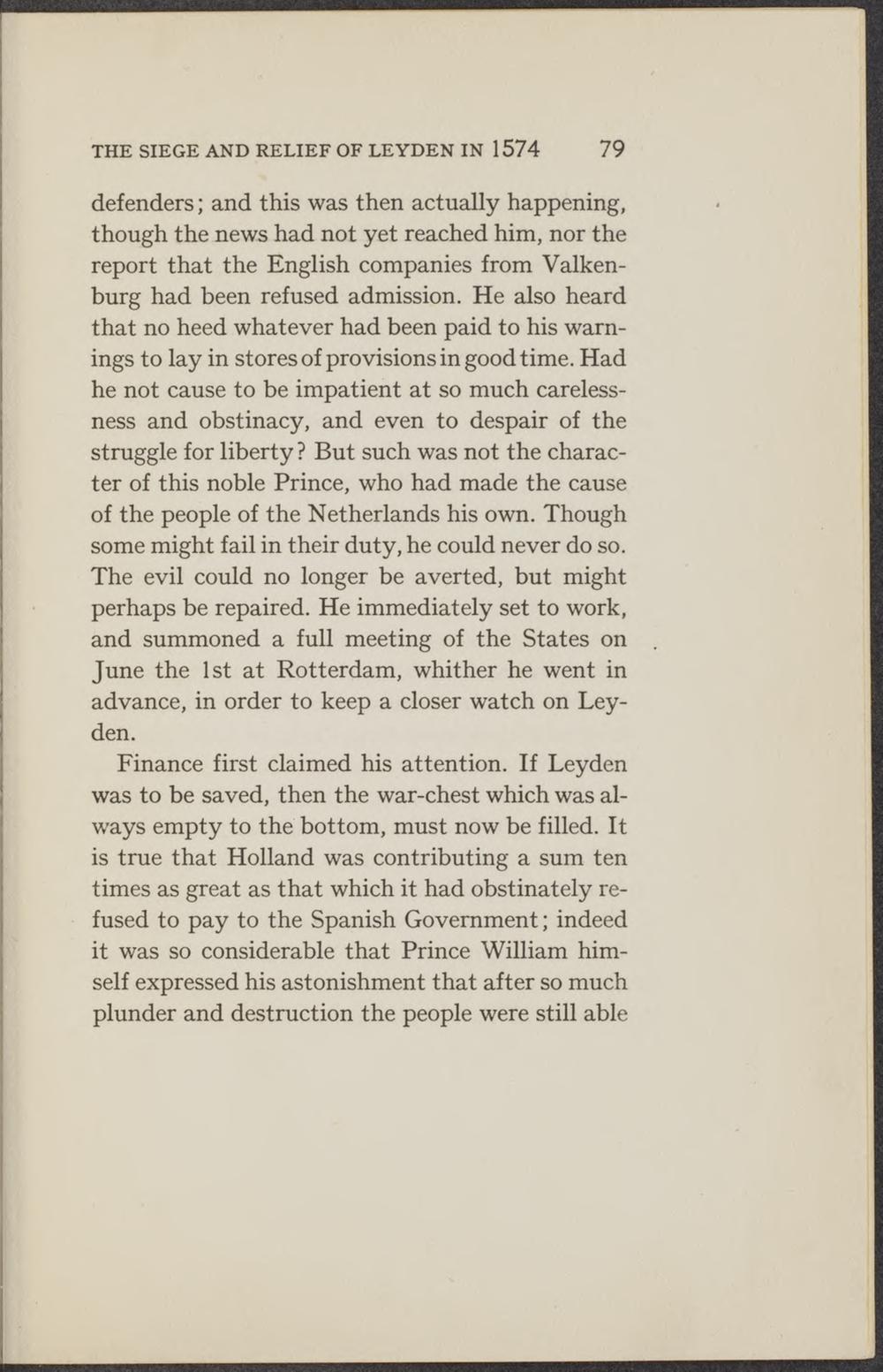 defenders; and this was then actually happening, though the news had not yet reached him, nor the report that the English companies from Valkenburg had been refused admission. He also heard that no heed whatever had been paid to his wamings to lay in stores of provisions in good time. Had he not cause to be impatient at so much carelessness and obstinacy, and even to despair of the struggle for liberty ? But such was not the character of this noble Prince, who had made the cause of the people of the Netherlands his own. Though some might fail in their duty, he could never do so. The evil could no longer be averted, but might perhaps be repaired. He immediately set to work, and summoned a full meeting of the States on June the lst at Rotterdam, whither he went in advance, in order to keep a closer watch on Leyden.

Finance first claimed his attention. If Leyden was to be saved, then the war-chest which was always empty to the bottom, must now be filled. It is true that Holland was contributing a sum ten times as great as that which it had obstinately refused to pay to the Spanish Government; indeed it was so considerable that Prince William himself expressed his astonishment that after so much plunder and destruction the people were still able