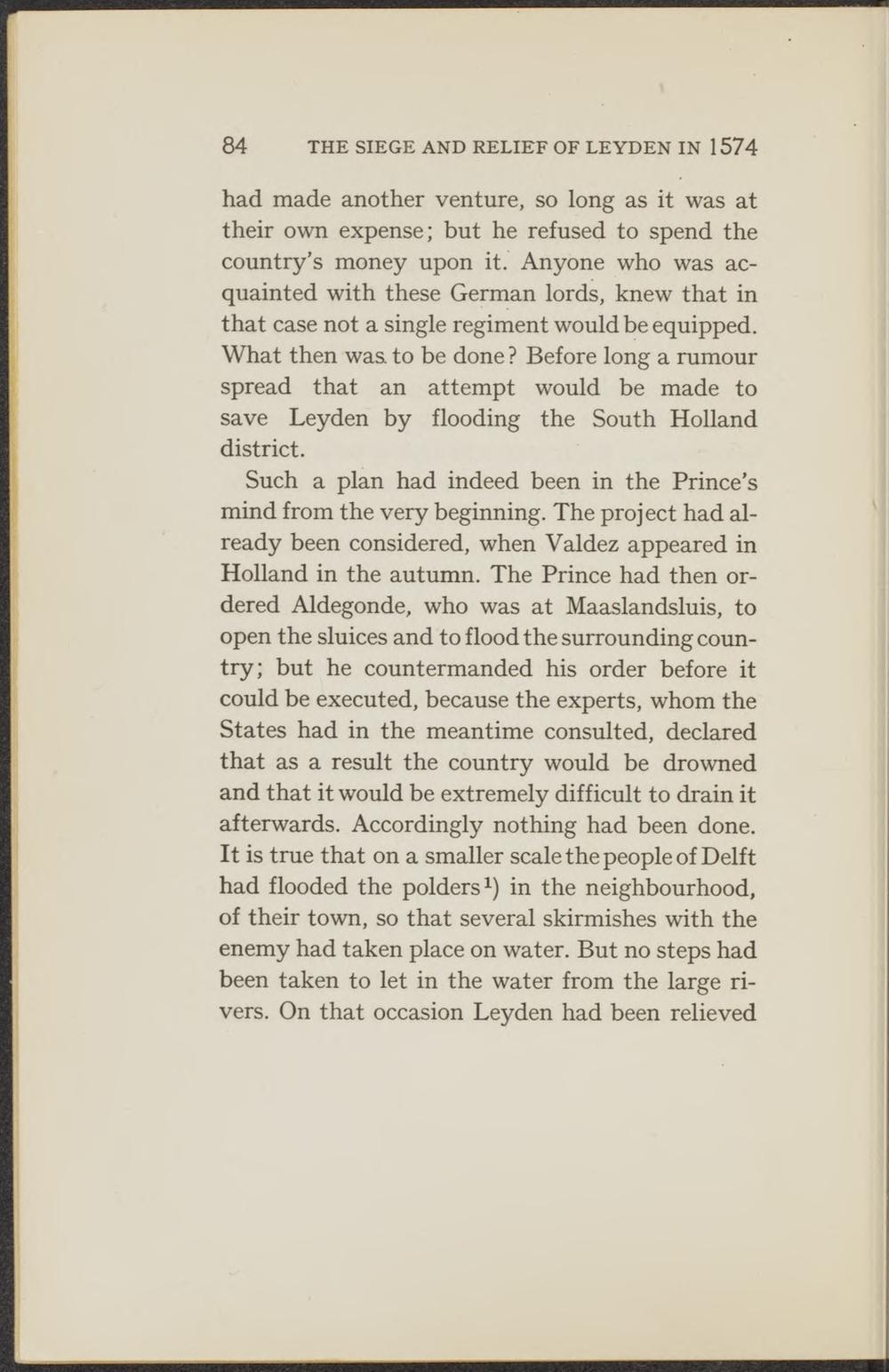 bad made another venture, so long as it was at their own expense; but he refused to spend the country's money upon it. Anyone who was acquainted with these German lords, knew that in that case not a single regiment would be equipped. What then was. to be done? Before long a rumour spread that an attempt would be made to save Leyden by flooding the South Holland district.

Such a plan had indeed been in the Prince's mind from the very beginning. The project had already been considered, when Valdez appeared in Holland in the autumn. The Prince had then ordered Aldegonde, who was at Maaslandsluis, to open the sluices and to flood the surrounding country; but he countermanded his order before it could be executed, because the experts, whom the States had in the meantime consulted, declared that as a result the country would be drowned and that it would be extremely difficult to drain it afterwards. Accordingly nothing had been done. It is true that on a smaller scale the people of Delft had flooded the polders1) in the neighbourhood, of their town, so that several skirmishes with the enemy had taken place on water. But no steps had been taken to let in the water from the large rivers. On that occasion Leyden had been relieved