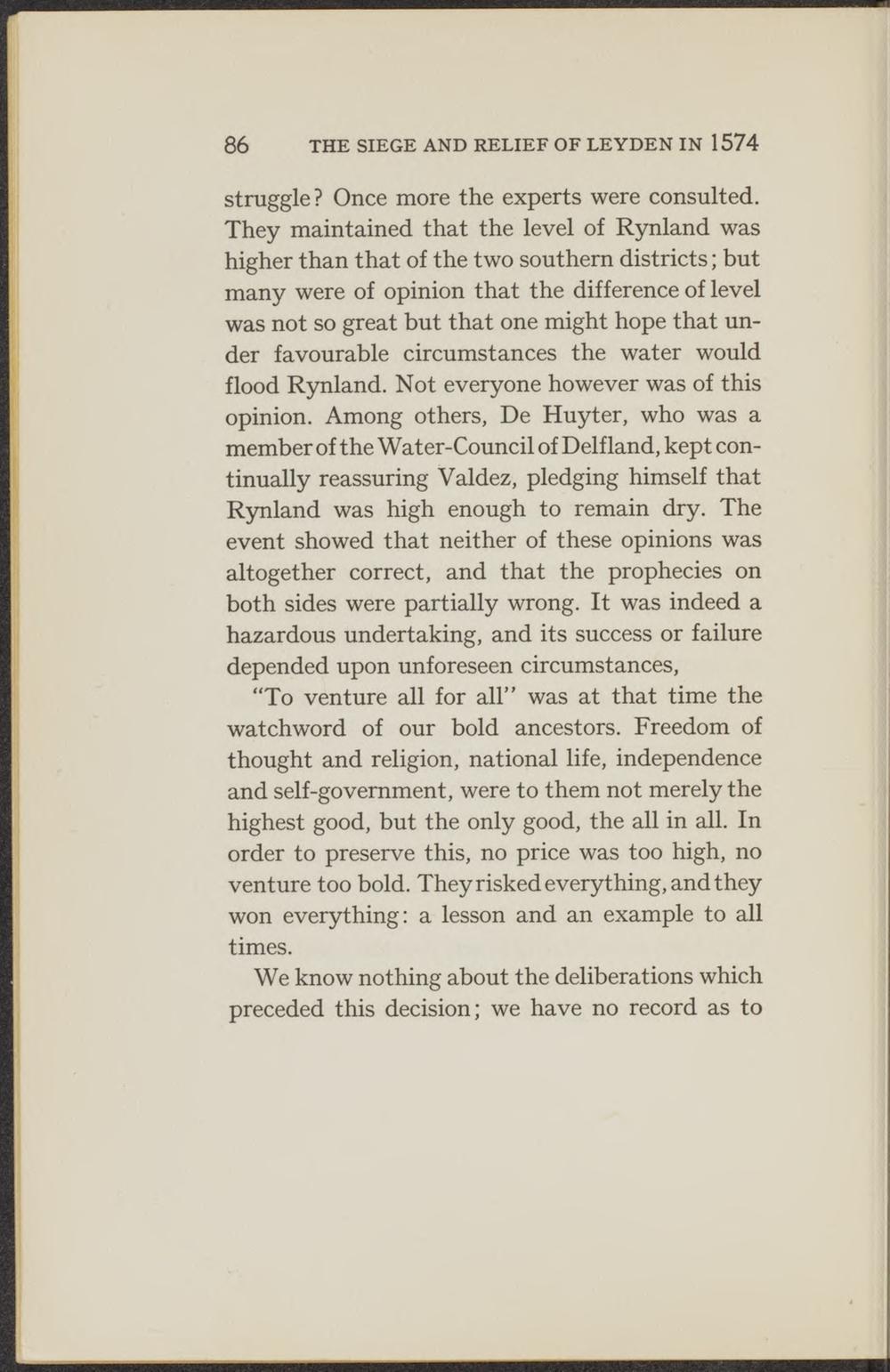 struggle? Once more the experts were consulted. They maintained that the level of Rynland was higher than that of the two southern districts; but many were of opinion that the difference of level was not so great but that one might hope that under favourable circumstances the water would flood Rynland. Not everyone however was of this opinion. Among others, De Huyter, who was a member of the Water-Council of Delfland, kept continually reassuring Valdez, pledging himself that Rynland was high enough to remain dry. The event showed that neither of these opinions was altogether correct, and that the prophecies on both sides were partiaHy wrong. It was indeed a hazardous undertaking, and its success or failure depended upon unforeseen circumstances,

"To venture all for all" was at that time the watchword of our bold ancestors. Freedom of thought and religion, national life, independence and self-government, were to them not merely the highest good, but the only good, the all in all. In order to preserve this, no price was too high, no venture too bold. They riskedeverything, and they won everything: a lesson and an example to all times.

We know nothing about the deliberations which preceded this decision; we have no record as to