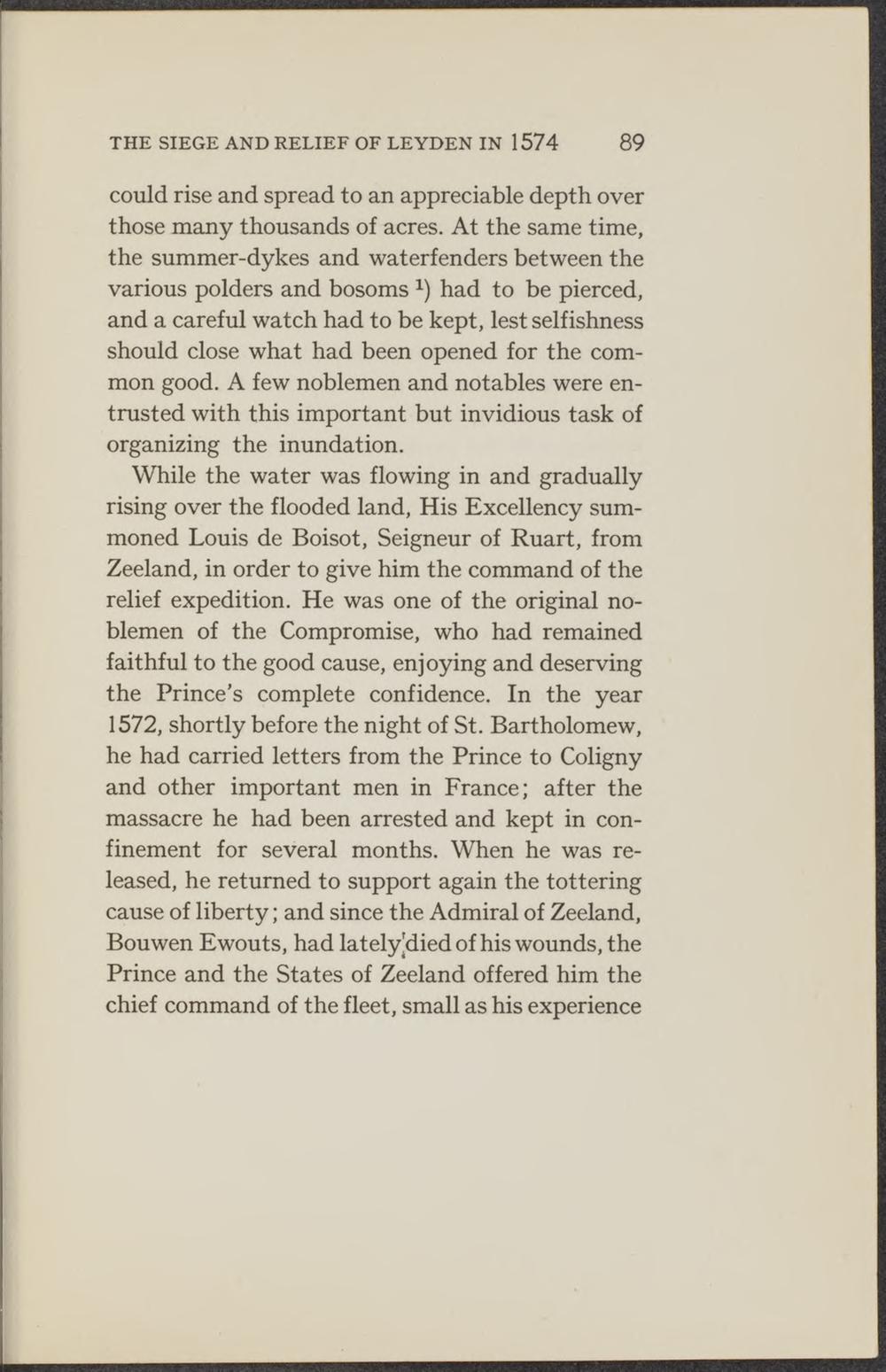 could rise and spread to an appreciable depth over those many thousands of acres. At the same time, the summer-dykes and waterfenders between the various polders and bosoms *) had to be pierced, and a careful watch had to be kept, lest selfishness should close what had been opened for the common good. A few noblemen and notables were entrusted with this important but invidious task of organizing the inundation.

While the water was flowing in and gradually rising over the flooded land, His Exceüency summoned Louis de Boisot, Seigneur of Ruart, from Zeeland, in order to give him the command of the reliëf expedition. He was one of the original noblemen of the Compromise, who had remained faithful to the good cause, enjoying and deserving the Prince's complete confidence. In the year 1572, shortly before the night of St. Bartholomew, he had carried letters from the Prince to Coligny and other important men in France; after the massacre he had been arrested and kept in confinement for sevëral months. When he was released, he returned to support again the tottering cause of liberty; and since the Admiral of Zeeland, Bouwen Ewouts, had latelyjdiedof hiswounds.the Prince and the States of Zeeland offered him the chief command of the fleet, small as his experience