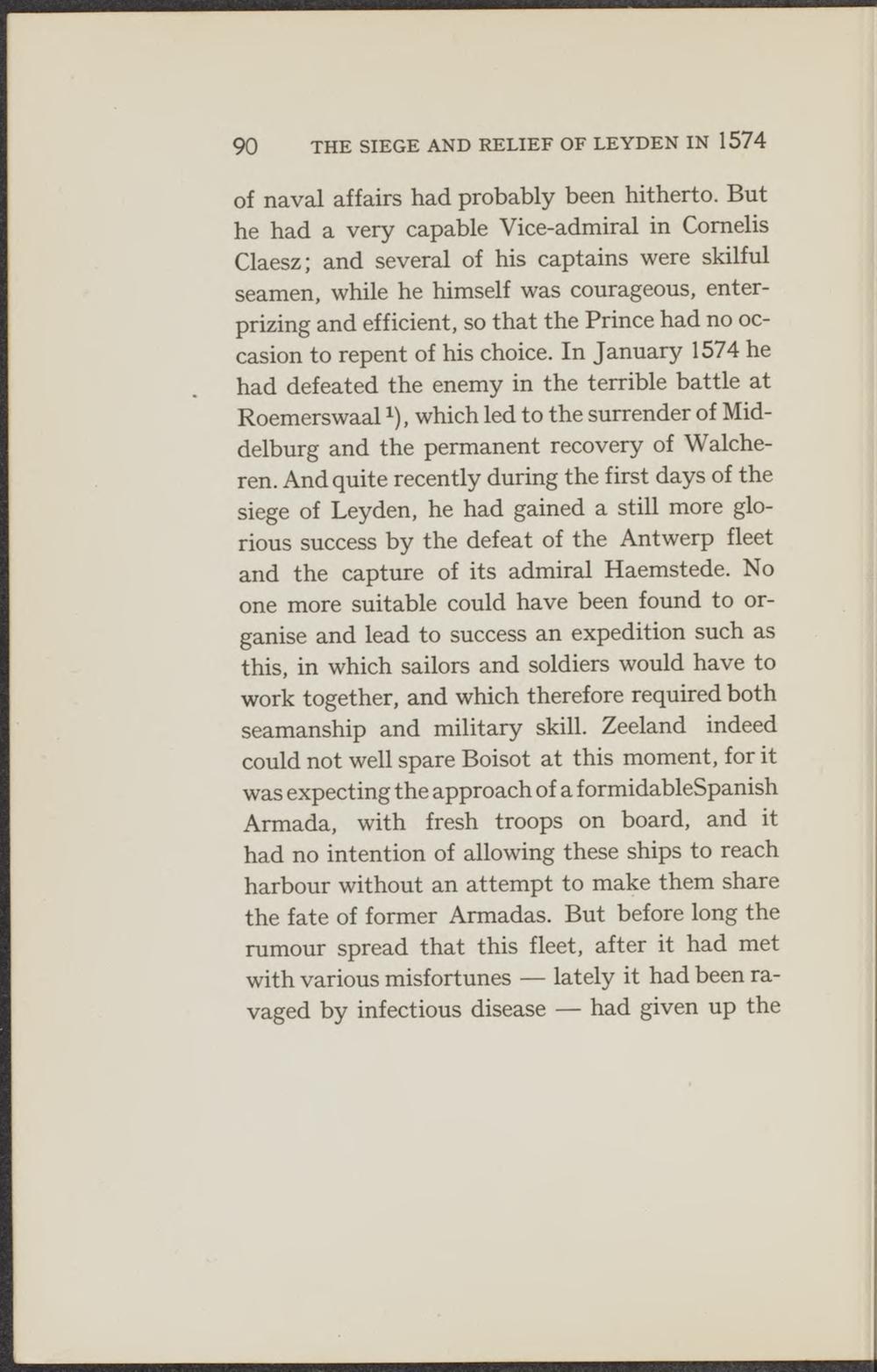 of naval affairs had probably been hitherto. But he had a very capable Vice-admiral in Cornelis Claesz; and several of his captains were skihui seamen, while he himself was courageous, enterprizing and efficiënt, so that the Prince had no occasion to repent of his choice. In January 1574 he had defeated the enemy in the terrible battle at Roemerswaal *), which led to the surrender of Middelburg and the permanent recovery of Walcheren. Andquite recently during the first days of the siege of Leyden, he had gained a still more glorious success by the defeat of the Antwerp fleet and the capture of its adrniral Haemstede. No one more suitable could have been found to organise and lead to success an expedition such as this, in which sailors and soldiers would have to work together, and which therefore required both seamanship and military skill. Zeeland indeed could not well spare Boisot at this moment, for it was expecting the approach of a formidableSpanish Armada, with fresh troops on board, and it had no intention of allowing these ships to reach harbour without an attempt to make them share the fate of former Armadas. But before long the rumour spread that this fleet, after it had met with various misf ortunes — lately it had been ravaged by infectious disease — had given up the