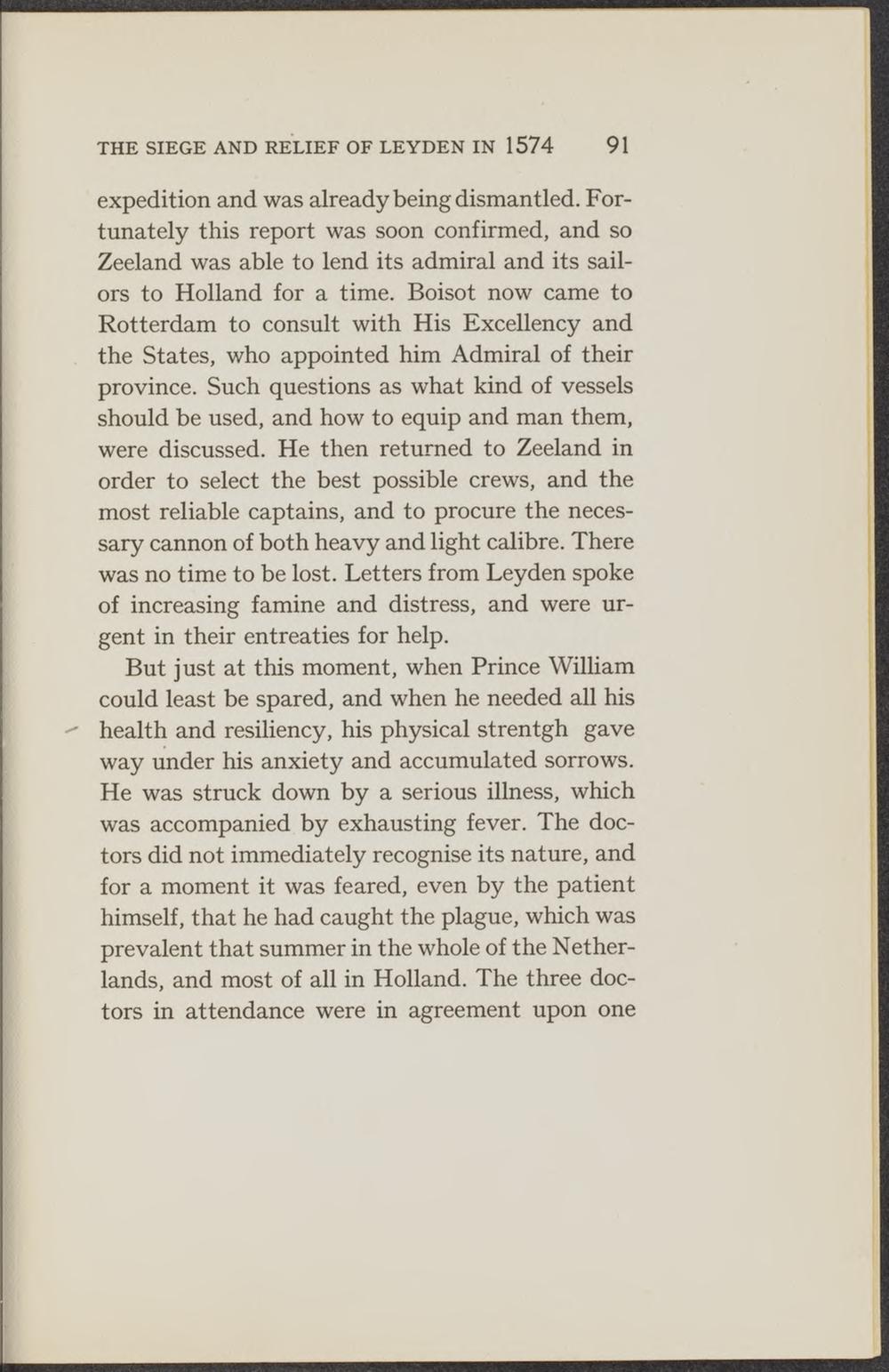 expedition and was akeadybeingdismantled. Fortunately this report was soon confirmed, and so Zeeland was able to lend its admiral and its sailors to Holland for a time. Boisot now came to Rotterdam to consult with His Excellency and the States, who appointed him Admiral of their province. Such questions as what kind of vessels should be used, and how to equip and man them, were discussed. He then returned to Zeeland in order to select the best possible crews, and the most reliable captains, and to procure the necessary cannon of both heavy and light calibre. There was no time to be lost. Letters from Leyden spoke of increasing famine and distress, and were urgent in their entreaties for help.

But just at this moment, when Prince William could least be spared, and when he needed all his health and resüiency, his physical strentgh gave way under his anxiety and accumulated sorrows. He was struck down by a serious illness, which was accompanied by exhausting fever. The doctors did not immediately recognise its nature, and for a moment it was feared, even by the patiënt himself, that he had caught the plague, which was prevalent that summer in the whole of the Netherlands, and most of all in Holland. The three doctors in attendance were in agreement upon one