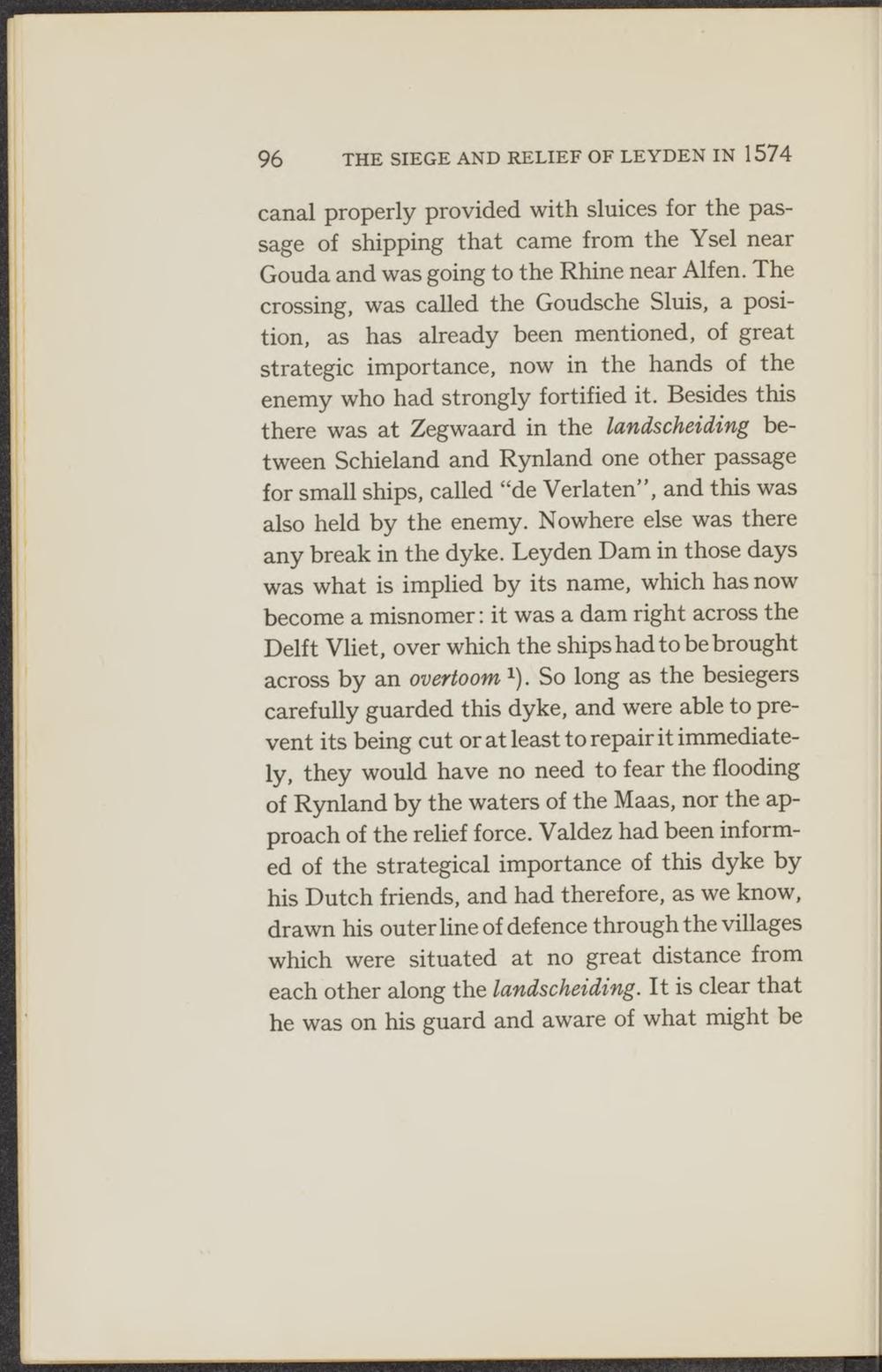 canal properly provided with sluices for the passage of shipping that came from the Ysel near Gouda and was going to the Rhine near Alfen. The crossing, was called the Goudsche Sluis, a position, as has already been mentioned, of great strategie importance, now in the hands of the enemy who had strongly fortified it. Besides this there was at Zegwaard in the landscheiding between Schieland and Rynland one other passage for small ships, called "de Verlaten", and this was also held by the enemy. Nowhere else was there any break in the dyke. Leyden Dam in those days was what is impüed by its name, which has now become a misnomer: it was a dam right across the Delft Vliet, over which the ships had tobebrought across by an overtooml). So long as the besiegers carefully guarded this dyke, and were able to prevent its being cut or at least to repair it immediately, they would have no need to fear the f looding of Rynland by the waters of the Maas, nor the approach of the reliëf force. Valdez had been informed of the strategical importance of this dyke by bis Dutch friends, and had therefore, as we know, drawn his outerline of defence through the villages which were situated at no great distance from each other along the landscheiding. It is clear that he was on his guard and aware of what might be