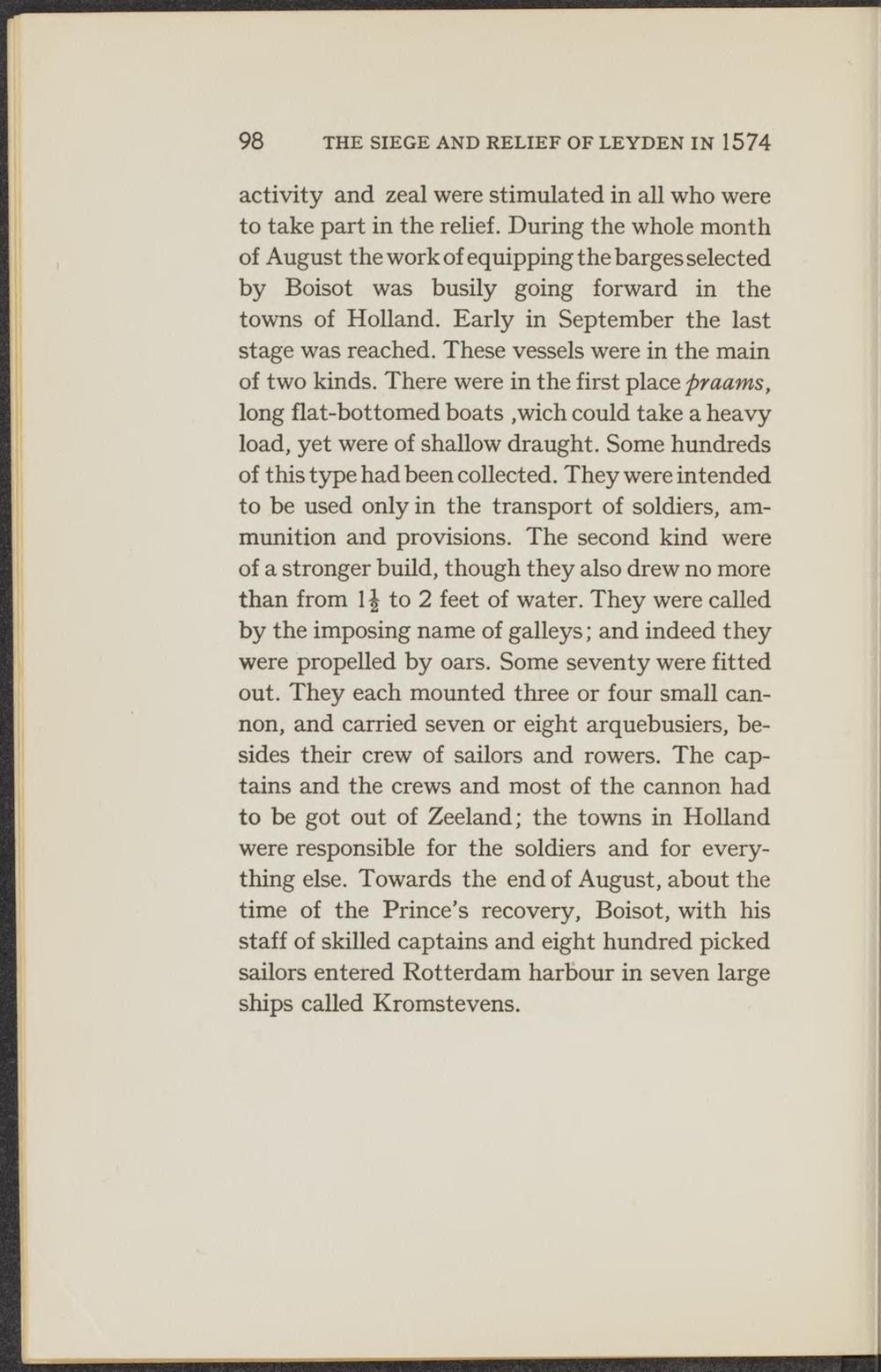 activity and zeal were stimulated in all who were to take part in the reliëf. During the whole month of August the work of equippingthebargesselected by Boisot was busily going forward in the towns of Holland. Early in September the last stage was reached. These vessels were in the main of two kinds. There were in the first place praams, long flat-bottomed boats ,wich could take a heavy load, yet were of shaüow draught. Some hundreds of this type had been collected. They were intended to be used only in the transport of soldiers, ammunition and provisions. The second land were of a strenger build, though they also drew no more than from 1 £ to 2 feet of water. They were called by the imposing name of galleys; and indeed they were propelled by oars. Some seventy were fitted out. They each mounted three or four small cannon, and carried seven or eight arquebusiers, besides their crew of sailors and rowers. The captains and the crews and most of the cannon had to be got out of Zeeland; the towns in Holland were responsible for the soldiers and for everything else. Towards the end of August, about the time of the Prince's recovery, Boisot, with his staff of skilied captains and eight hundred picked sailors entered Rotterdam harbour in seven large ships called Kromstevens.