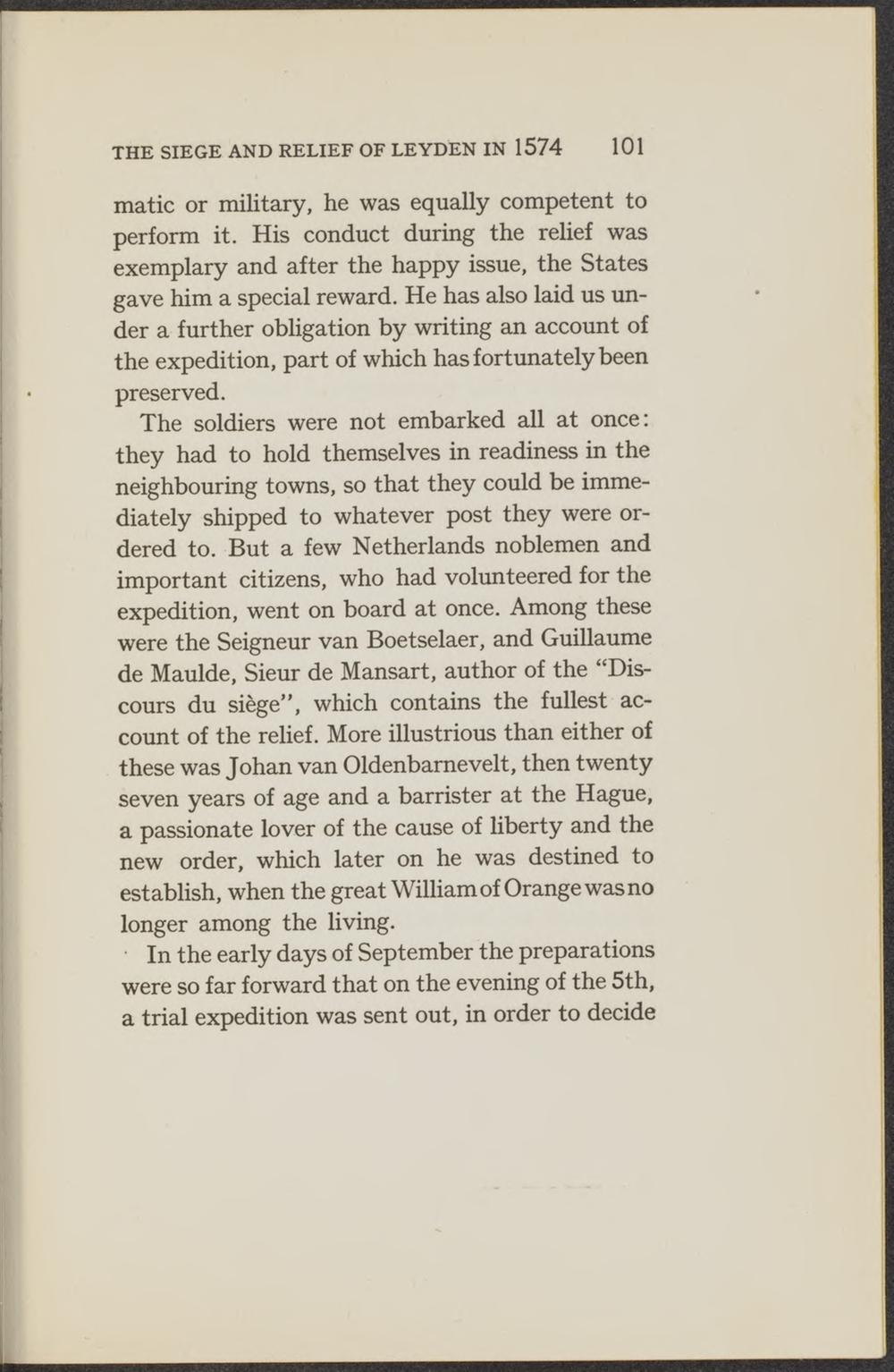 matic or military, he was equally competent to perform it. His conduct during the reliëf was exemplary and after the happy issue, the States gave him a special reward. He has also laid us under a further obhgation by writing an account of the expedition, part of which has fortunately been preserved.

The soldiers were not embarked all at once: they had to hold themselves in readiness in the neighbouring towns, so that they could be immediately shipped to whatever post they were ordered to. But a few Netherlands noblemen and important citizens, who had volunteered for the expedition, went on board at once. Among these were the Seigneur van Boetselaer, and Guülaume de Maulde, Sieur de Mansart, author of the "Discours du siège", which contains the fullest account of the reliëf. More ülustrious than either of these was Johan van Oldenbarnevelt, then twenty seven years of age and a barrister at the Hague, a passionate lover of the cause of liberty and the new order, which later on he was destined to establish, when the great William of Orange was no longer among the living.

In the early days of September the preparations were so far forward that on the evening of the 5th, a trial expedition was sent out, in order to decide