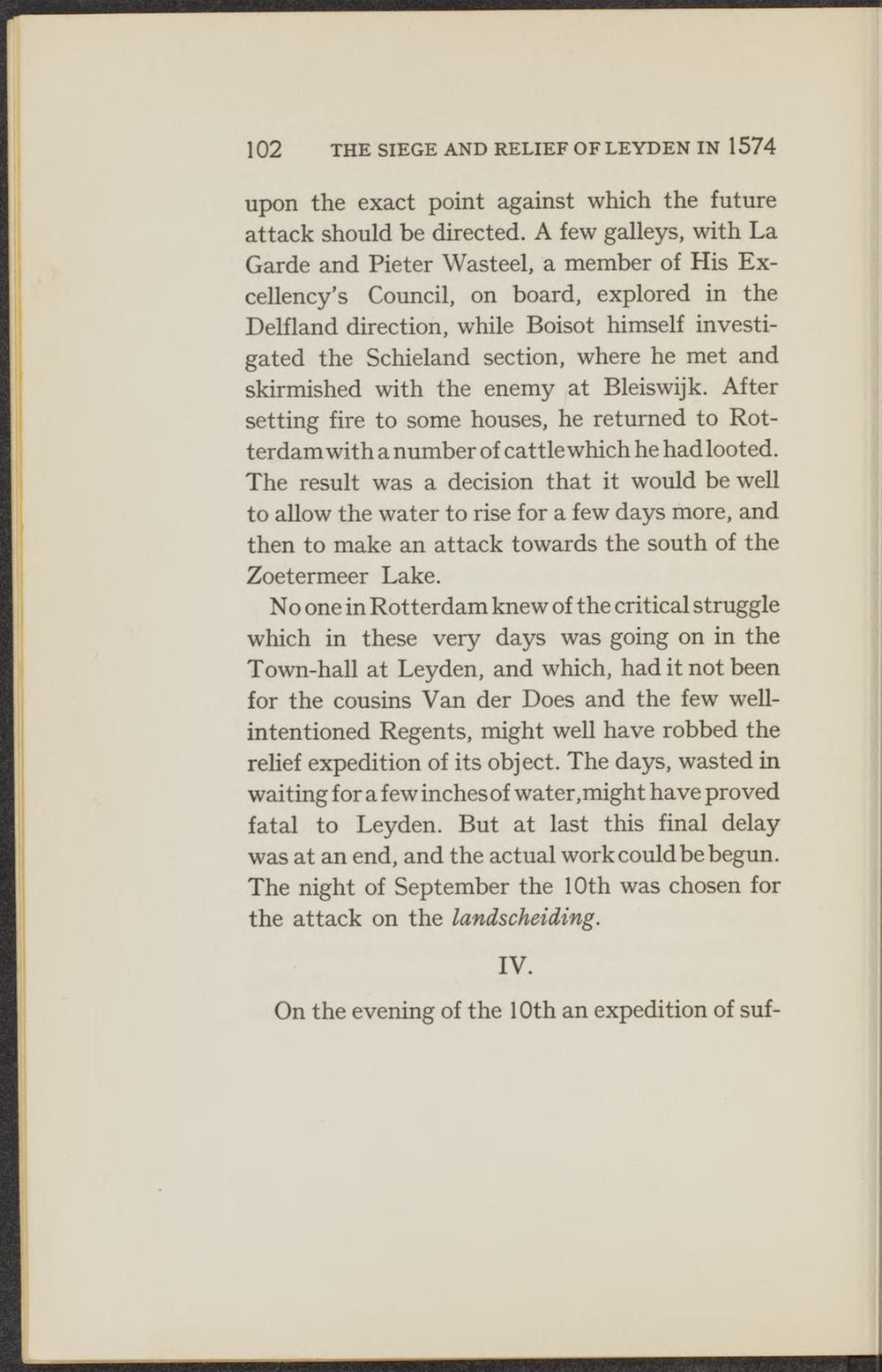 upon the exact point against which the future attack should be directed. A few galleys, with La Geurde and Pieter Wasteel, a member of His Excellency's Council, on board, explored in the Delfland directioh, while Boisot himself investigated the Schieland section, where he met and skirmished with the enemy at Bleiswijk. After setting fire to some houses, he returned to Rotterdam with a number of cattle which he had looted. The result was a decision that it would be well to allow the water to rise for a few days more, and then to make an attack towards the south of the Zoetermeer Lake.

No one in Rotterdam knew of the critical struggle which in these very days was going on in the Town-hall at Leyden, and which, had it not been for the cousins Van der Does and the few wellintentioned Regents, might well have robbed the reliëf expedition of its object. The days, wasted in waiting for a few inches of water,might have proved fatal to Leyden. But at last this final delay was at an end, and the actual work could be begun. The night of September the lOth was chosen for the attack on the landscheiding.

On the evening of the lOth an expedition of suf-