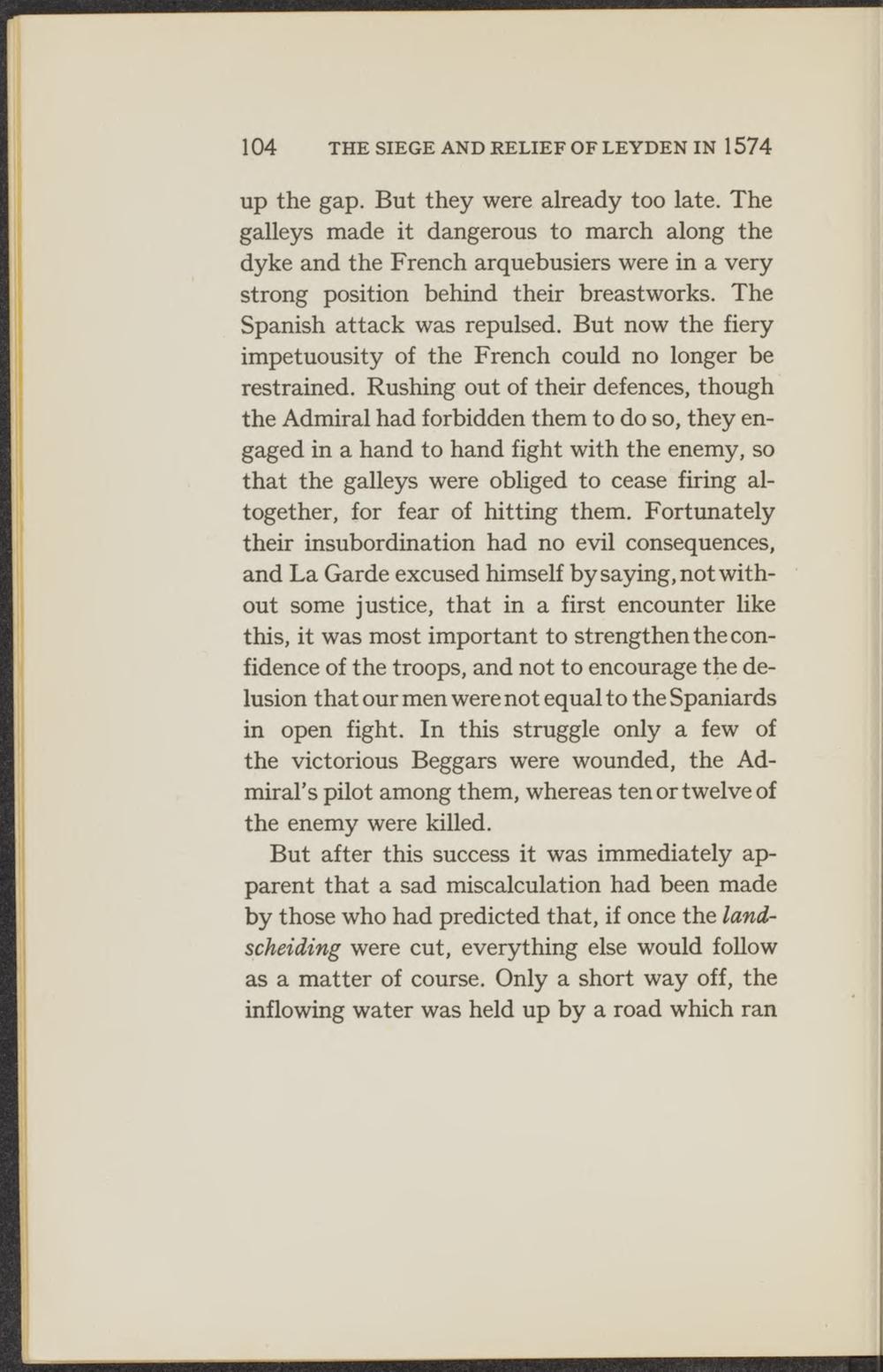 up the gap. But they were already too late. The galleys made it dangerous to march along the dyke and the French arquebusiers were in a very strong position behind their breastworks. The Spanish attack was repulsed. But now the fiery impetuousity of the French could no longer be restrained. Rushing out of their defences, though the Admiral had forbidden them to do so, they engaged in a hand to hand fight with the enemy, so that the galleys were obliged to cease firing altogether, for fear of hitting them. Fortunately their insubordination had no evil consequences, and La Garde excused himself by saying, not with- 1 out some justice, that in a first encounter like this, it was most important to strengthentheconfidence of the troops, and not to encourage the delusion that our men were not equal to the Spaniards in open fight. In this struggle only a few of the victorious Beggars were wounded, the Admiral's pilot among them, whereas tenortwelveof the enemy were killed.

But after this success it was immediately apparent that a sad miscalculation had been made by those who had predicted that, if once the landscheiding were cut, everything else would follow as a matter of course. Only a short way off, the inflowing water was held up by a road which ran